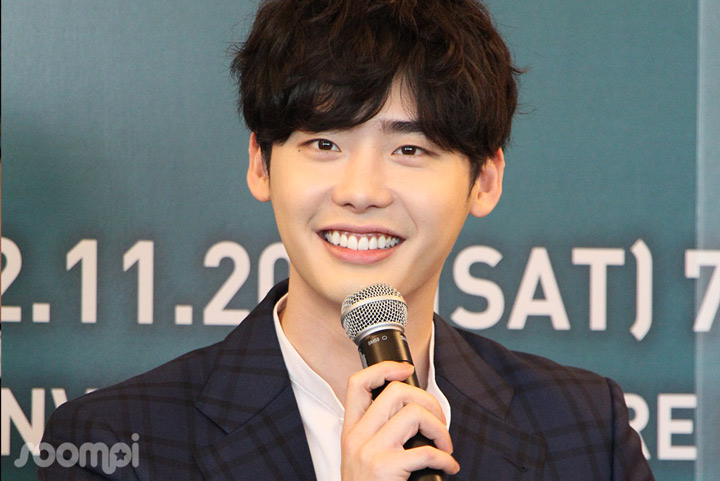 Charismatic actor Lee Jong Suk was in Singapore for the very first time this past weekend and met up with the media at a very apt location, W Hotel.

Surprisingly, Lee Jong Suk revealed that he doesn’t remember many interesting incidents while filming the hit series “W,” as shooting was carried out during the hottest season in Korea. “It was particularly difficult for me because it was so hot, and I am someone who perspires a lot.” Anyone who has been in Korea in the summer can definitely feel his pain. 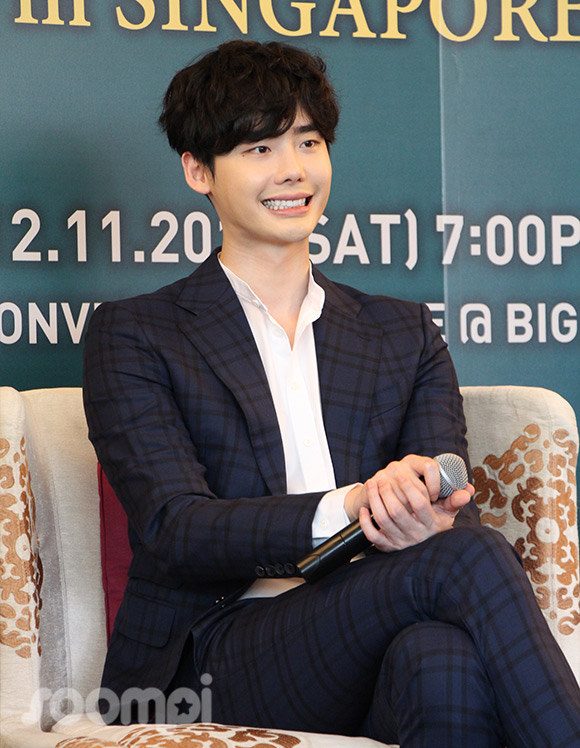 Lee Jong Suk flashes a sheepish grin for the cameras.

As it was his first time to the sunny island, Lee Jong Suk asked if he could extend his stay in Singapore for another day or two and felt sad that he couldn’t due to his very tight schedule. However, he promised to definitely try Singapore’s famous chili crab dish when recommended by his manager. 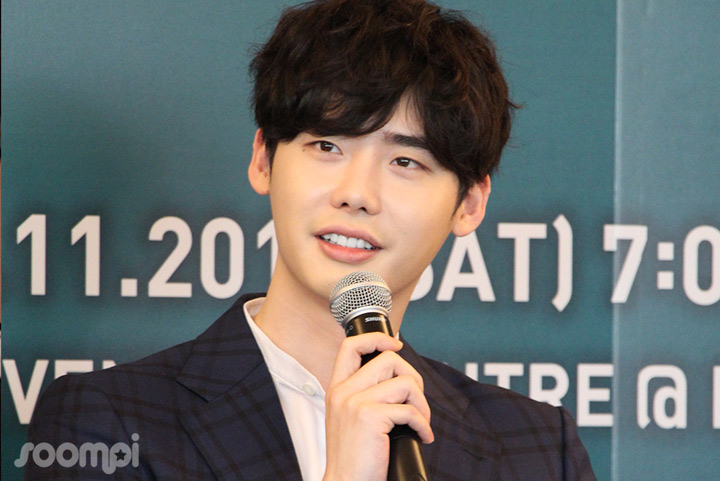 Lee Jong Suk will have a meet up with his pal Kim Woo Bin when he returns to Korea.

When asked to design his own character, similar to the premise of “W,” Lee Jong Suk gave it a lot of thought and revealed that he loves reading about ancient periods so it would be someone such as General Lu Bu from the Three Kingdoms – the invincible and most-feared warrior in history. 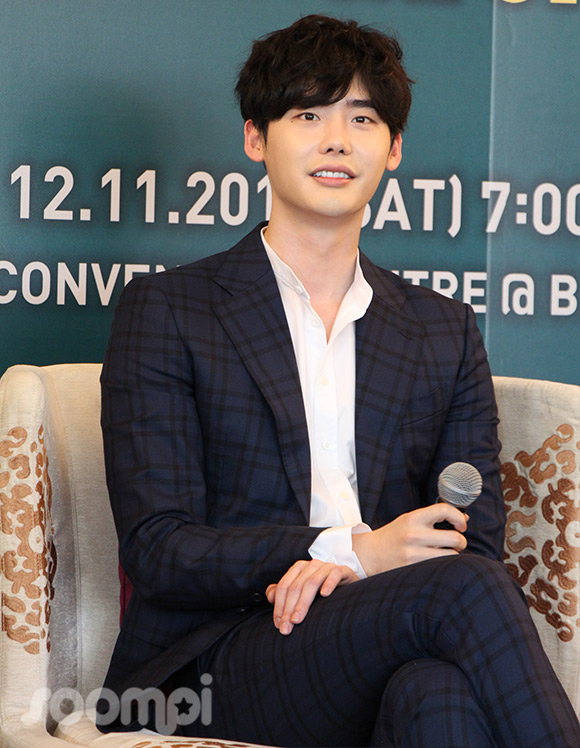 Not someone who plans ahead, Lee Jong Suk takes on each day one at a time.

With less than two months to go before the year wraps up, Lee Jong Suk laments that he won’t be making special plans for Christmas or the New Year as he is currently busy filming “VIP,” taking on a villain role for the first time. It will be interesting for fans and viewers to see a different side of the actor apart from the past wholesome images he portrayed in “Pinocchio” and “I Hear Your Voice.” Who else can’t wait to see this new side of him?

A special thank you to IME Singapore for the media invitation.

Lee Jong Suk
Soompi Spotlight
How does this article make you feel?