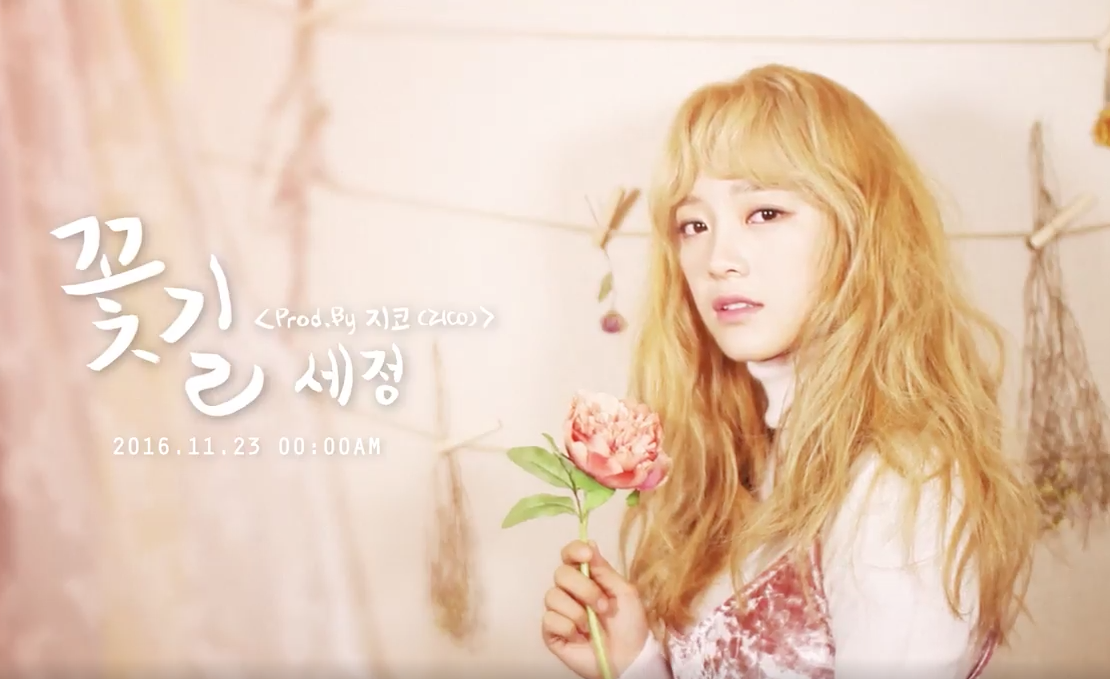 Ahead of her first solo release, Kim Sejeong reveals a couple of lyrics from “Flower Road.”! In the video released by Jellyfish Entertainment, they read “Look over here, because I’ve bloomed nicely. I’ll only make you walk a flower road.”

I.O.I and Gugudan member Kim Sejeong will be releasing a solo track!

Her agency, Jellyfish Entertainment, announced on November 16 KST that Kim Sejeong will be releasing a solo track through the agency’s digital music channel, Jelly Box.

The song, “Flower Road,” is produced by Block B’s Zico. The song is the track Zico quickly produced while on the KBS show “Talents For Sale” after listening to Kim Sejeong’s story about her mother.

Jellyfish also released teaser images for the track, which will be released on November 23. 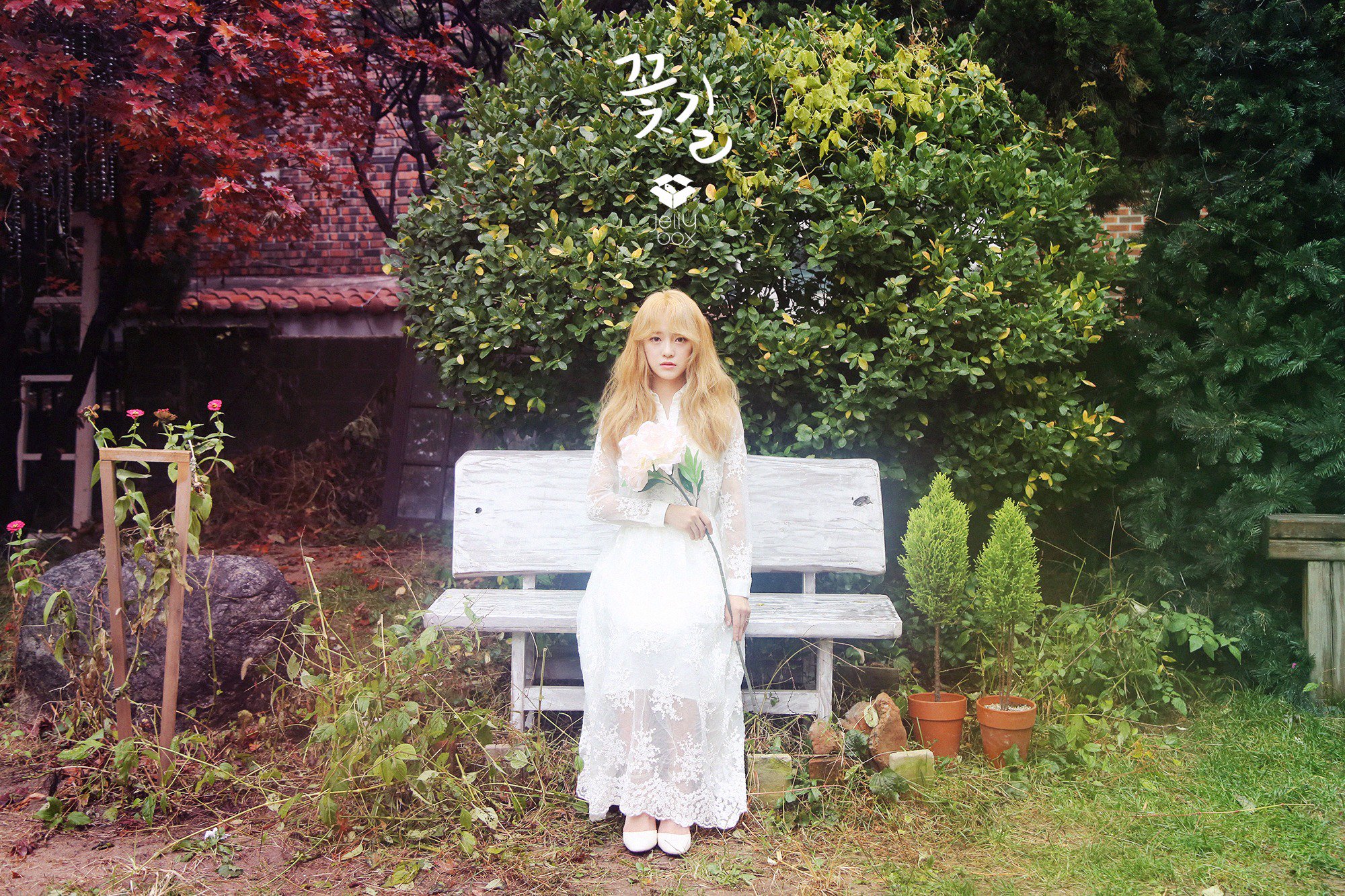 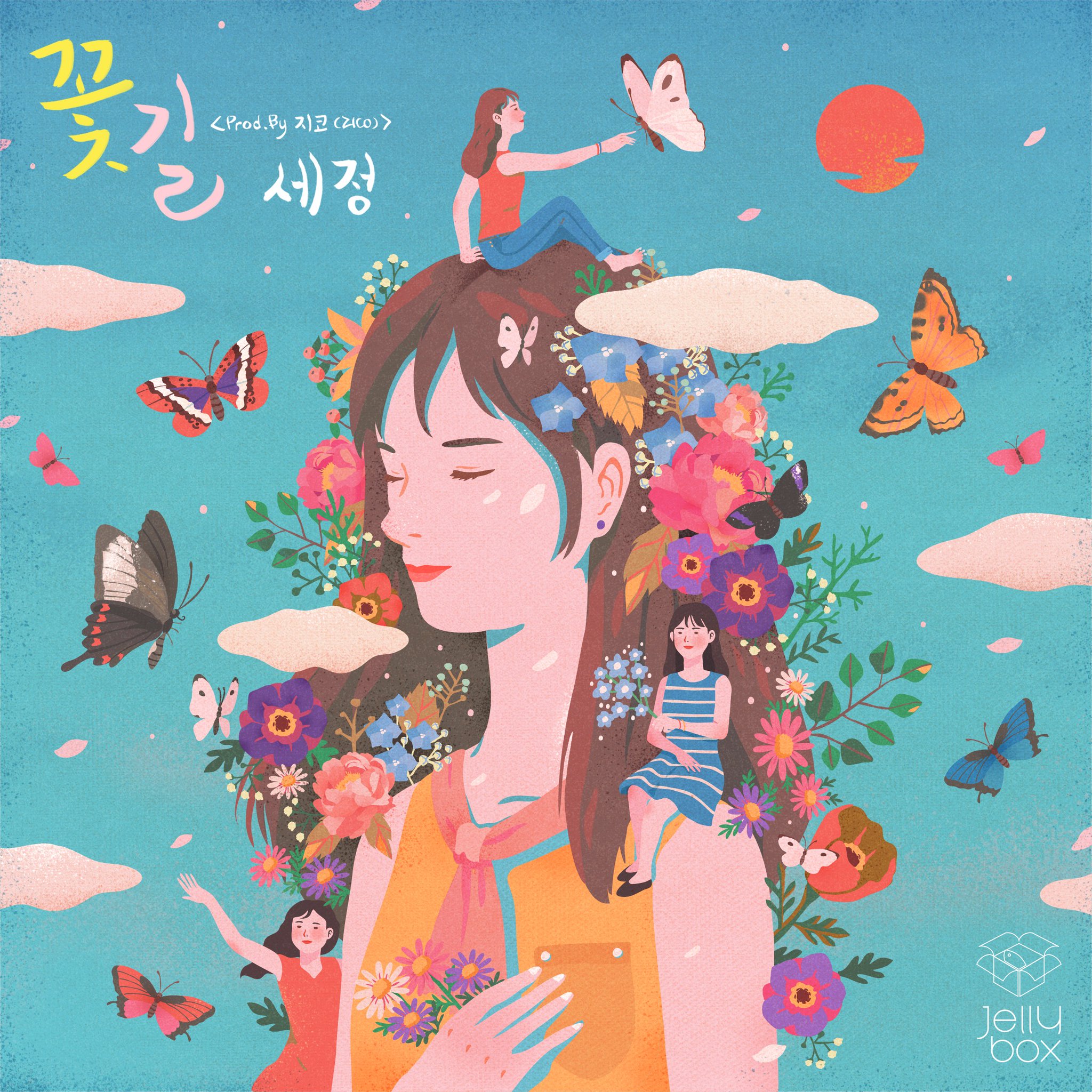 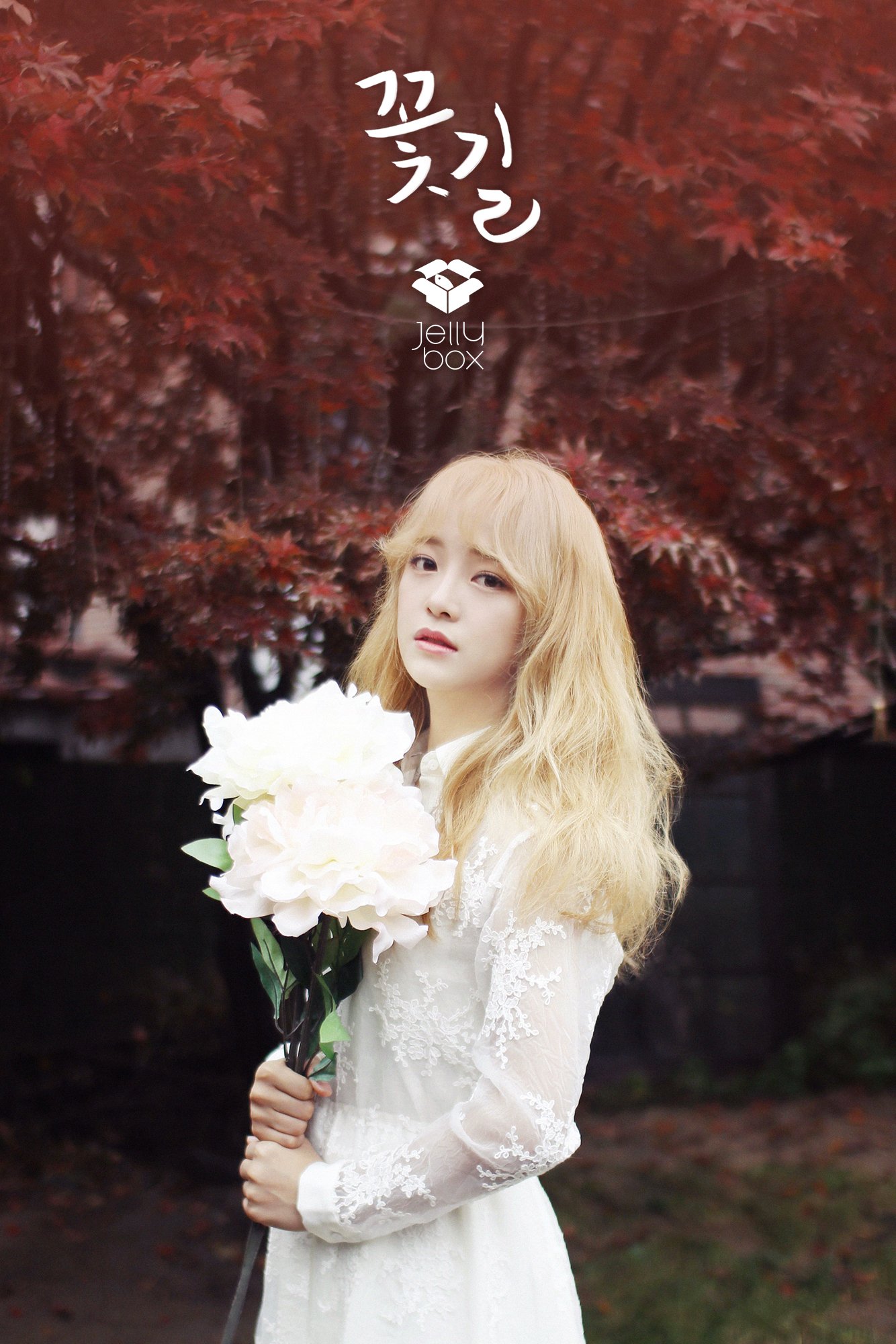 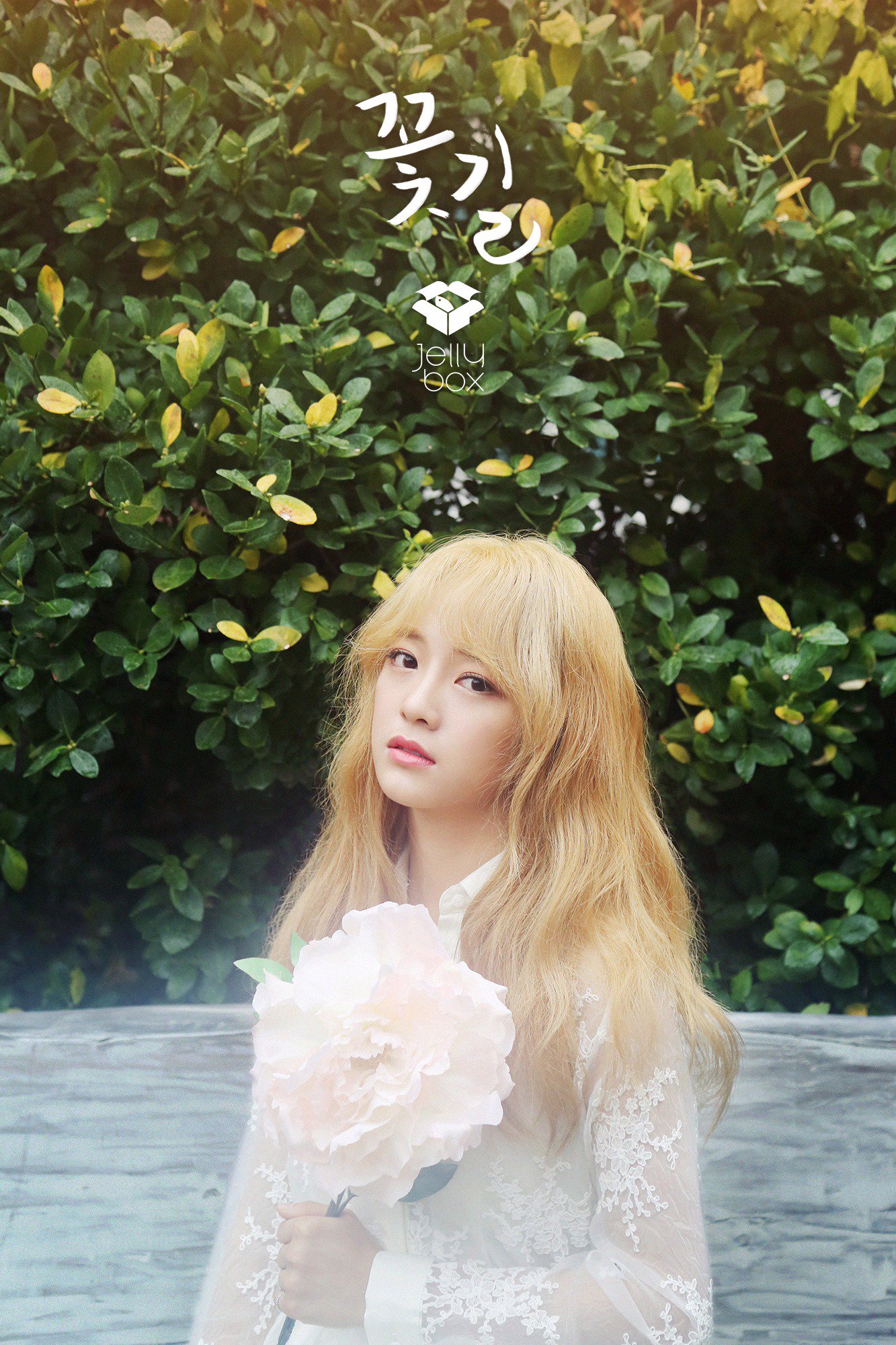