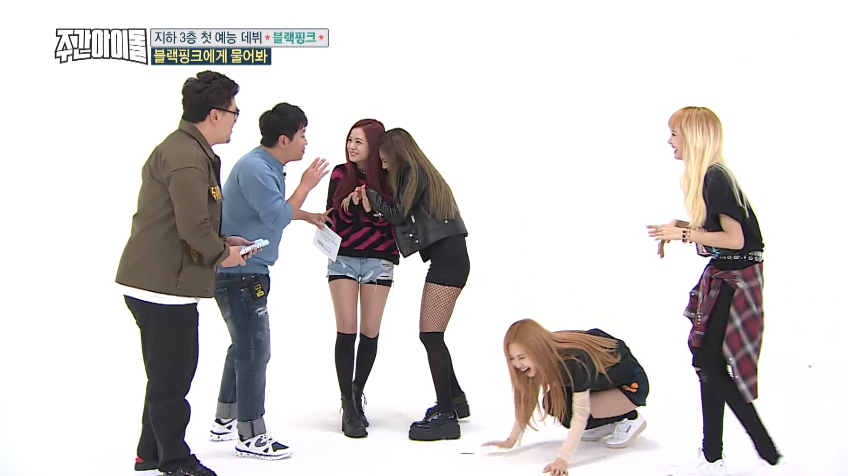 BLACKPINK finally made their appearance on “Weekly Idol” and showed off the funny, talented, and adorable sides of themselves.

On the November 16 broadcast of “Weekly Idol,” BLACKPINK made their highly anticipated first variety show appearance. From the show’s signature “Random Play Dance” challenge and the two emcees’ (Jung Hyung Don and Defconn) teasing, the rookie girl group experienced it all.

The BLACKPINK members are obviously nervous on their first variety show, and they make mistakes as they try to sing “Whistle” and “Stay” acapella. Jung Hyung Dong and Defconn, who enjoys teasing the idols on their show, can’t help but to show how “real harmonizing” is done and to point out that Lisa is obviously a rapper. The other members come to her rescue, however, saying that Jisoo and Lisa are really good at harmonizing any song. Jung Hyung Don then has them harmonize to Hyung Don and Dae Joon’s “The Song That Is Worse When You Are Feeling Down” which produces hilarious results! Watch it below!

Watch BLACKPINK rock the sped up version of “Boombaya” below!