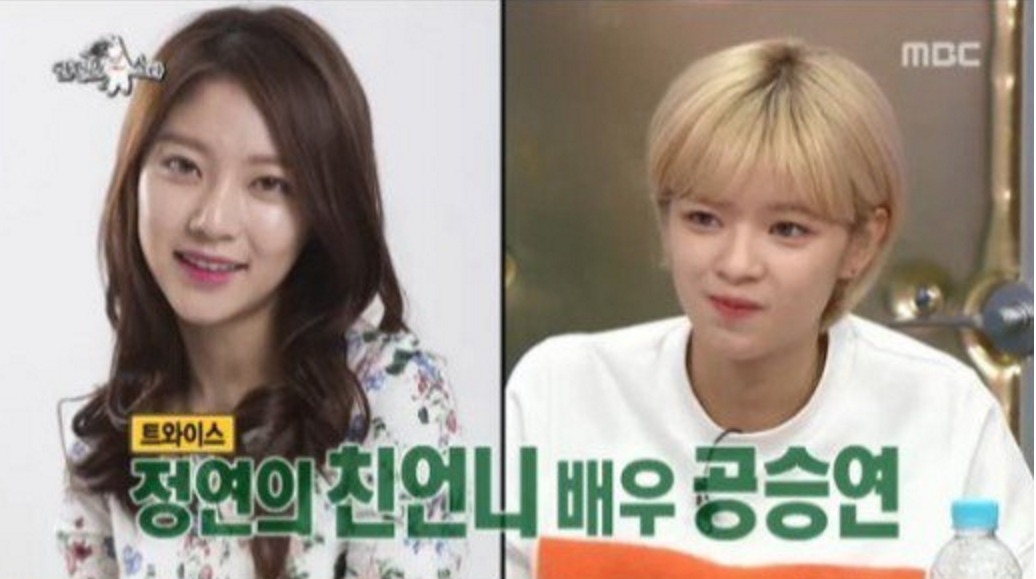 TWICE’s Jungyeon and Sana were among the guests on the November 16 episode of MBC’s “Radio Star,” which also included Shim Hyung Tak, Song Jae Hee, and Lee Sang Joon.

On the show, Jeongyeon revealed that Super Junior’s Kyuhyun, one of the hosts on “Radio Star,” was her sister’s ideal type. Jeongyeon’s older sister is actress Gong Seung Yeon.

When the MCs asked why her sister liked Kyuhyun, Jeongyeon said, “That, I don’t know.”

She added, “My sister was a trainee at SM. She said she liked him then.” 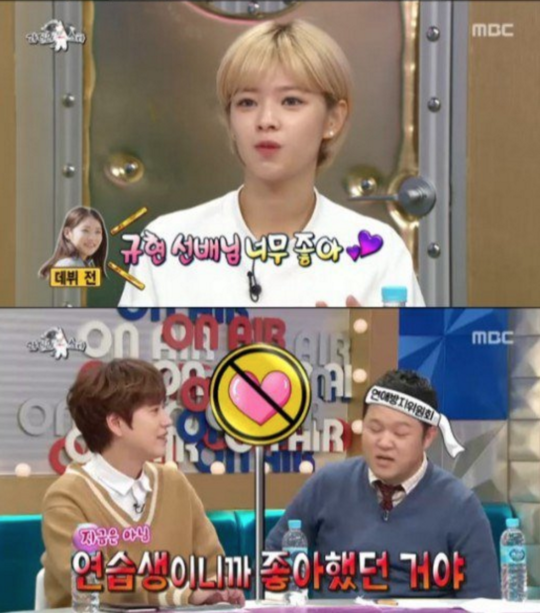 In response, Kyuhyun asked why her sister didn’t say anything at time and said, “If she had told me I was her ideal type, I think I would have been very happy.”

But Jeongyeon shut him down by saying, “It’s not like that anymore.”