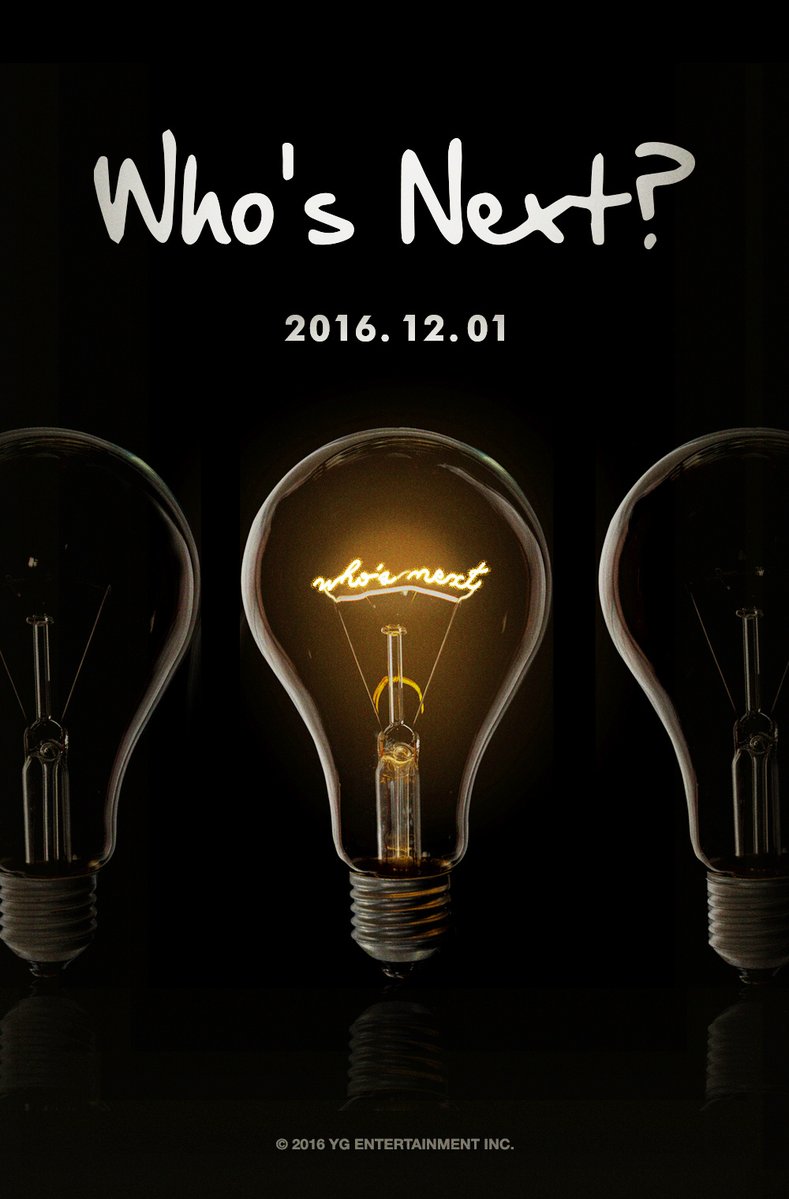 Along with an image of a light bulb turned on and the wires forming the words “who’s next” insides, YG Entertainment wrote “#WHOSNEXT #20161201 #COMINGSOON #YG.”

Which group do you think the teaser is for?

BIGBANG
YG Entertainment
SECHSKIES
How does this article make you feel?