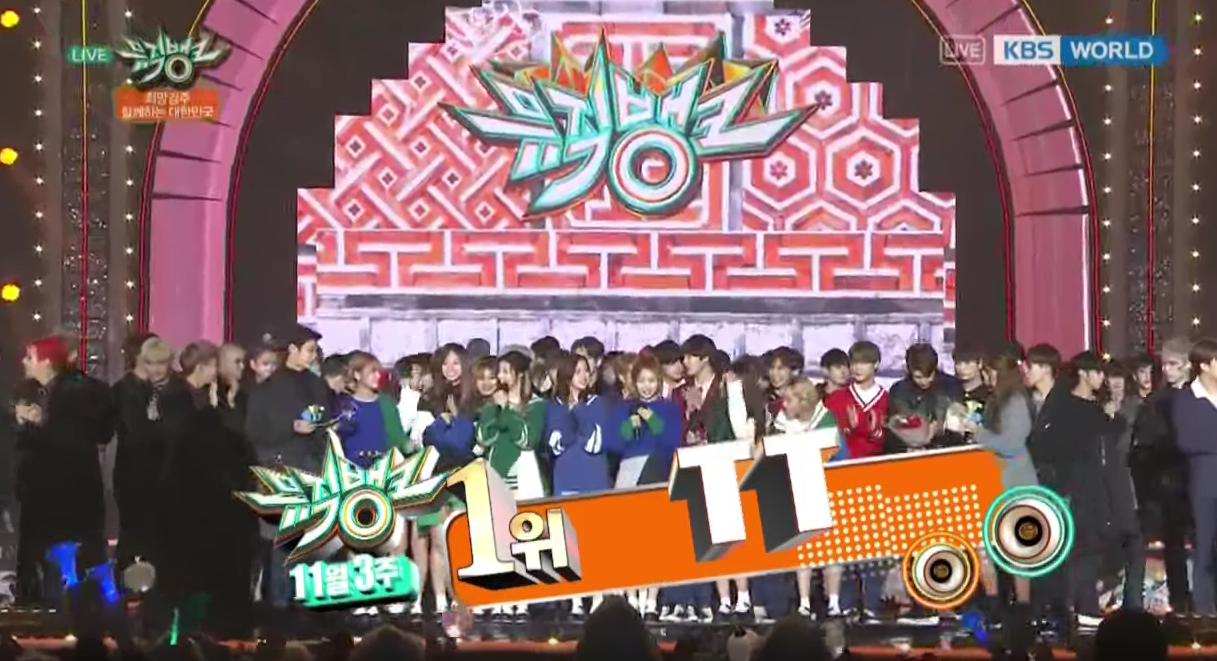 The November 18 episode of KBS2’s “Music Bank” was held in Gyeongju in order to help the city after the September 12 earthquake. First place candidates for this episode were TWICE with “TT” and Taeyeon with “11:11.” TWICE won with 7,429 points making it their ninth music show win and first triple crown for “TT.” Sana thanked Park Jin Young, JYP family, fans, and staff members. She also said that she hopes everyone is able to make it home safe since it had been raining throughout the event.