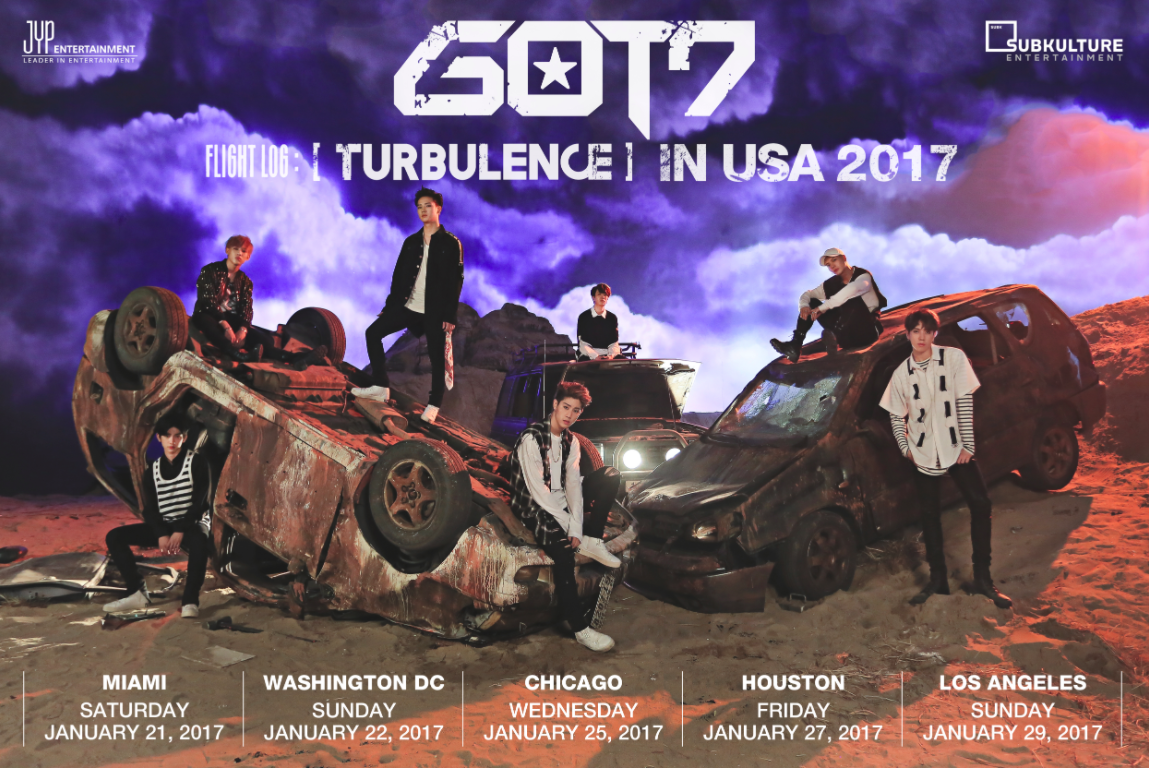 GOT7 Takes Flight With “GOT7 FLIGHT LOG: TURBULENCE IN USA 2017” Fanmeet Tour!

Rejoice! GOT7 is set to meet fans in the USA with their “GOT7 FLIGHT LOG: TURBULENCE IN USA 2017” fanmeet tour!

The dates for each city are as follows:

Venue and ticket information will be released soon via SubKulture Entertainment’s official site, Facebook, Twitter, and more. Don’t forget to check them out!