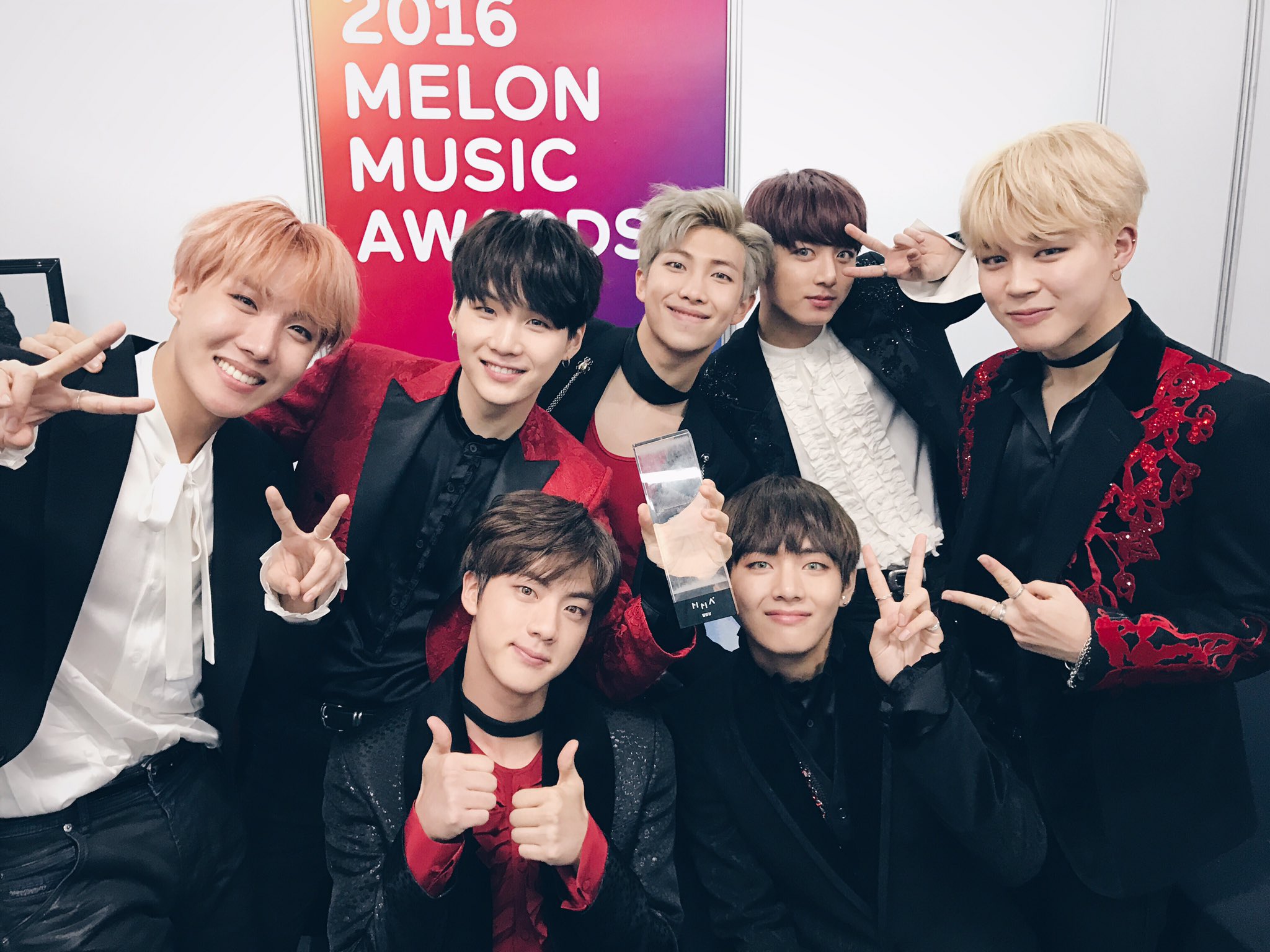 The Melon Music Awards, presented by Kakao and taking place on the night of November 19 KST, honored K-pop artists and their achievements this year based on their performance on Melon, one of Korea’s largest online music store. There were a total of 23 different awards, divided into four broad categories: Main, Popularity, Music Style, and Special Awards.

BTS took home two awards: Top 10 and one of the biggest awards (Daesang) of the night, the Best Album of the Year award for their “The Most Beautiful Moment in Life: Young Forever” album.

The members were in shock and disbelief when they were first announced and a few members broke into tears as they stood on stage to thanks their fans, A.R.M.Y. They thanked and expressed their love for their agency staff and family, and gathered into a group hug at the end of their short speech.

BTS
2016 Melon Music Awards
How does this article make you feel?