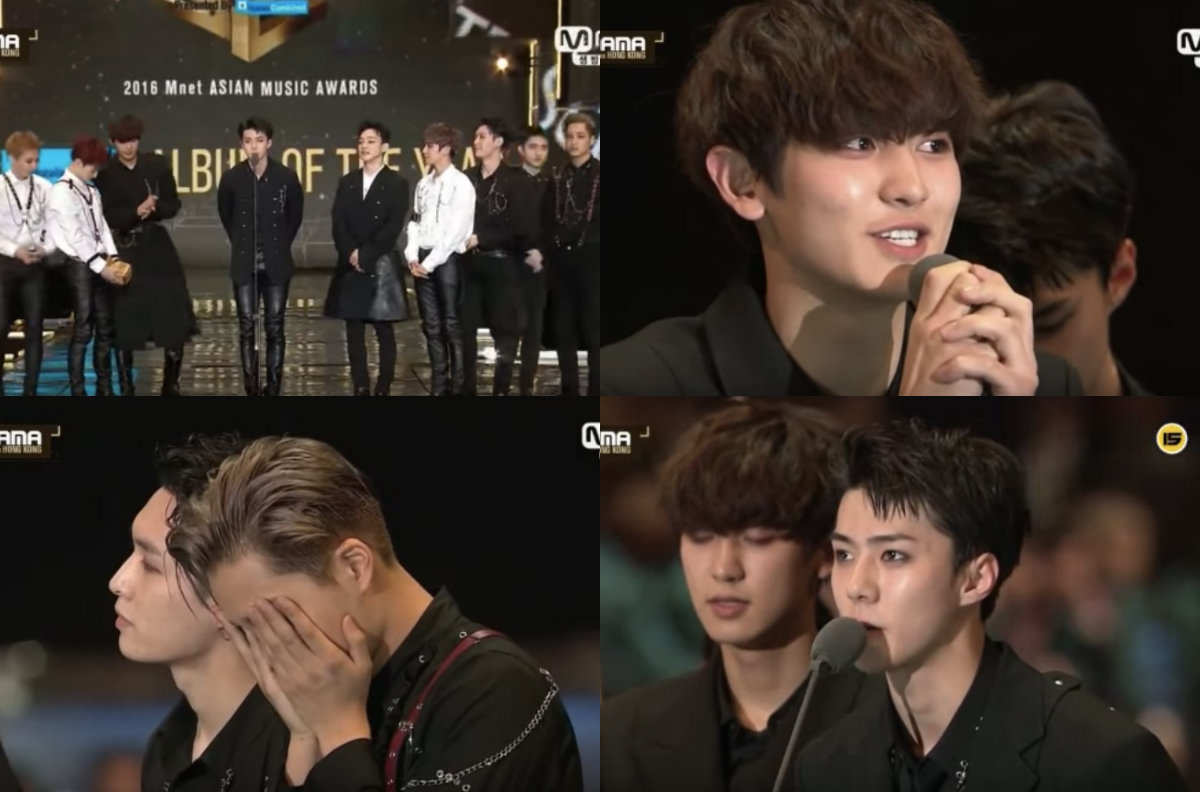 Congratulations to EXO! EXO won the the Album of the Year Award at the 2016 Mnet Asian Music Awards (MAMA)!

The 2016 MAMA, presented by Hotel Combined, awards Asian musical artists and their achievements from this year. It is also a music festival with spectacular performances, unexpected collaborations, and appearances from the hottest celebrities.

Top K-pop group EXO took home three awards: Best Male Group, Album of the Year (one of the Daesang awards), and Best Asian Style! This marks the fourth year in a row that EXO took home a Daesang from MAMA. EXO also continues to have a spectacular year, following their Daesang (Best Artist of the Year) at the 2016 Melon Music Awards.

EXO’s Sehun thanked their fans from all of the world for their love and support and making everything possible and letting them live a happy day everyday. Teary-eyed, Chanyeol confessed how there were many moments when they were worried and anxious, but now it seems they worried for nothing after seeing how they received so much continuous love. He added that this was a historic day, and they will continue to work hard to keep creating history with their fans. Watch them win the award below!

Congrats once again to EXO and here’s to many more awards in the future!

All The Performances From 2016 MAMA’s Red Carpet

All The Winners Of The 2016 Mnet Asian Music Awards

EXO
2016 MAMA
2016 Mnet Asian Music Awards
How does this article make you feel?