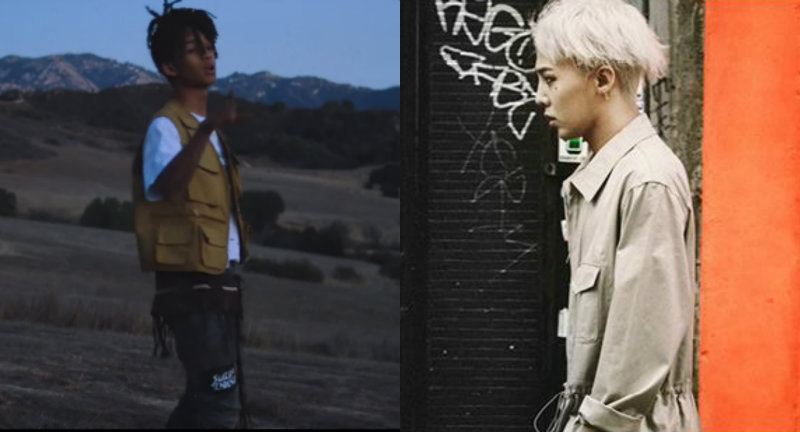 Jaden Smith, an American actor and rapper and son of Will Smith, took to Twitter to declare BIGBANG’s G-Dragon as his inspiration, and we ask, “Isn’t he everyone’s?”

G-Dragon seems to have met Jaden Smith when he was recently in Paris, France for the Chanel’s Métiers d’Art show at the Paris Ritz.

G-Dragon is currently in London to launch his PeaceMinusOne clothing line, and Jaden Smith recently released the track “Fallen.”

BIGBANG
G-Dragon
Jaden Smith
How does this article make you feel?