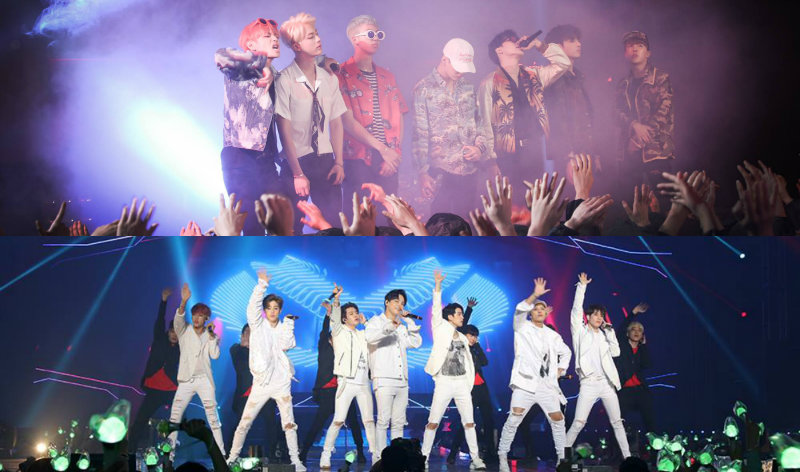 Billboard has released its year-end charts for 2016, and K-pop groups GOT7 and BTS both make it to the World Albums Chart and World Album Artists Chart.

On the World Albums Chart, BTS ranks twice with two album – their second studio album “Wings” at No. 6 and their EP “The Most Beautiful Moment in Live, PT.2” at No. 9.

Topping this list is Mumford & Sons With Baaba Maal, The Very Best & Beatenberg with the EP “Johannesburg.” This World Albums Chart is this year’s top-selling world music albums, ranked by sales data as compiled by Nielsen Music.

For the World Albums Artists Charts, BTS ranks at No. 5 followed by GOT7 at No. 6.

GOT7
BTS
Billboard
Billboard Year-End
How does this article make you feel?