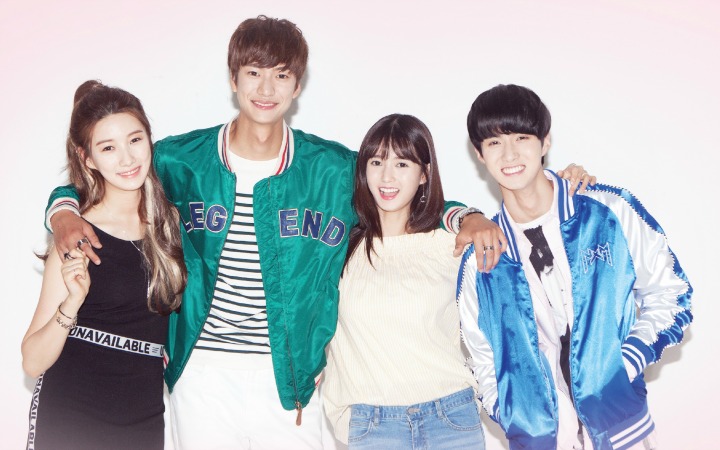 We all know Cube Entertainment’s latest group, PENTAGON, but did you know that they were in a drama right before their hot debut with “Gorilla”?

That’s right! The web drama “Spark” heavily features the group – with member Yeo One cast in a leading role. The drama also stars Nam Bo Ra, Na Jong Chan, and Joo Da Young, and tells the story of Son Ha Neul (Nam Bo Ra) who crosses paths with Yoon Ga On (Na Jong Chan), a member of the famous idol group “Dexter.” When Ha Neul takes a job as a temp on the set of their music video filming, she and Ga On both get hit by a falling star. The result? Ga On suddenly starts emitting fierce shocks of electricity from his body and can only touch Ha Neul. Yeo One and the other members of PENTAGON appear in the web drama as the other members of “Dexter.”

We were given the opportunity to chat with Yeo One about his first drama appearance and how he was able to manage debuting and filming at the same time.

Check out the interview below and don’t forget to support Yeo One by watching “Spark” exclusively on Viki here!

Here’s the first episode of “Spark” as well:

PENTAGON
Soompi Spotlight
Spark
Yeo One
How does this article make you feel?