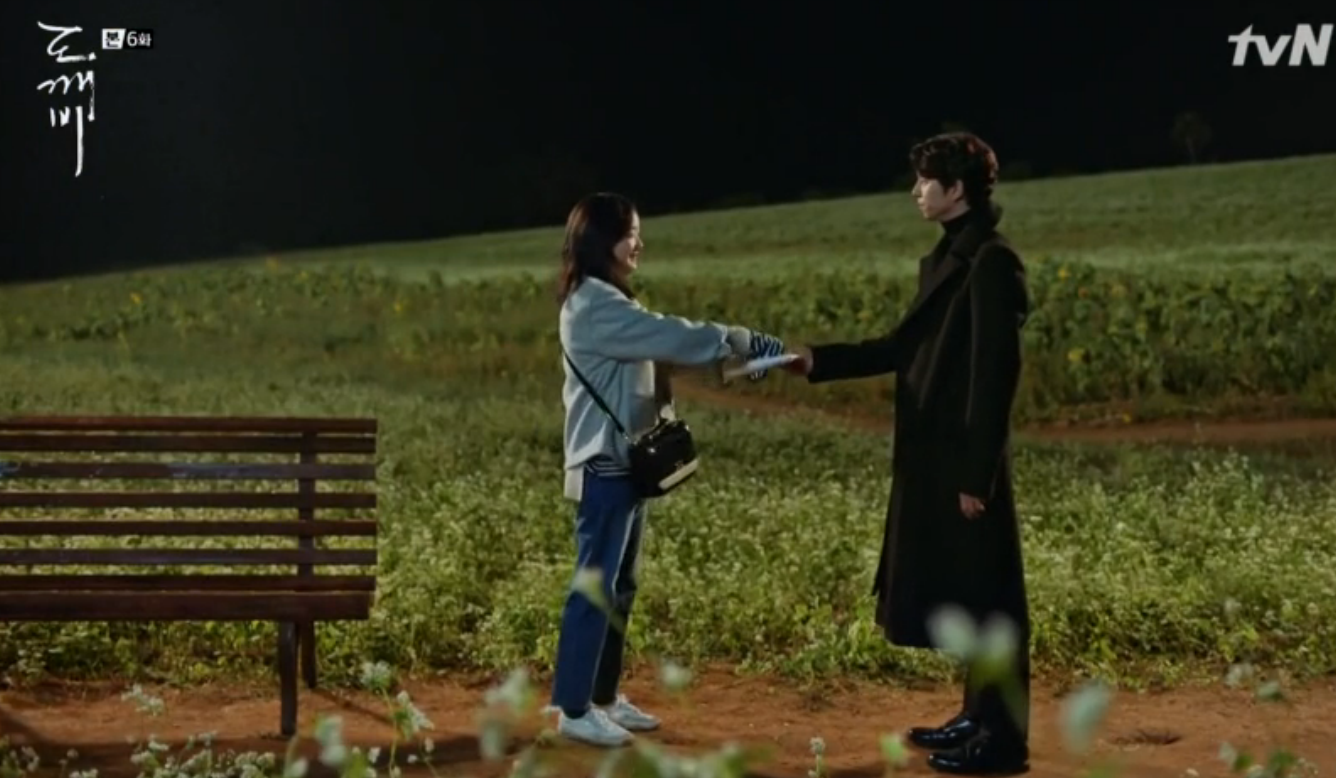 tvN’s Friday-Saturday drama “Goblin” has achieved its highest ratings yet.

On December 18, according to Nielsen Korea, the sixth episode of tvN’s “Goblin” achieved 12.9 percent ratings overall. The episode also gained attention for a particular scene between Gong Yoo and Kim Go Eun. Continue reading to learn more about the scene!

At the end of the sixth episode, the goblin Kim Shin (played by Gong Yoo) meets with Ji Eun Tak (played by Kim Go Eun), who prepares herself to pull out the glowing sword from his body. Ji Eun Tak hesitates before commencing, asking Kim Shin if he has any final words to say before she pulls it out. Kim Shin’s eyes are achingly sad as he says, “The time I spent with you was wonderful. Because the days were good, bad, and short, I liked all of them. And no matter what happens, it’s not your fault.” 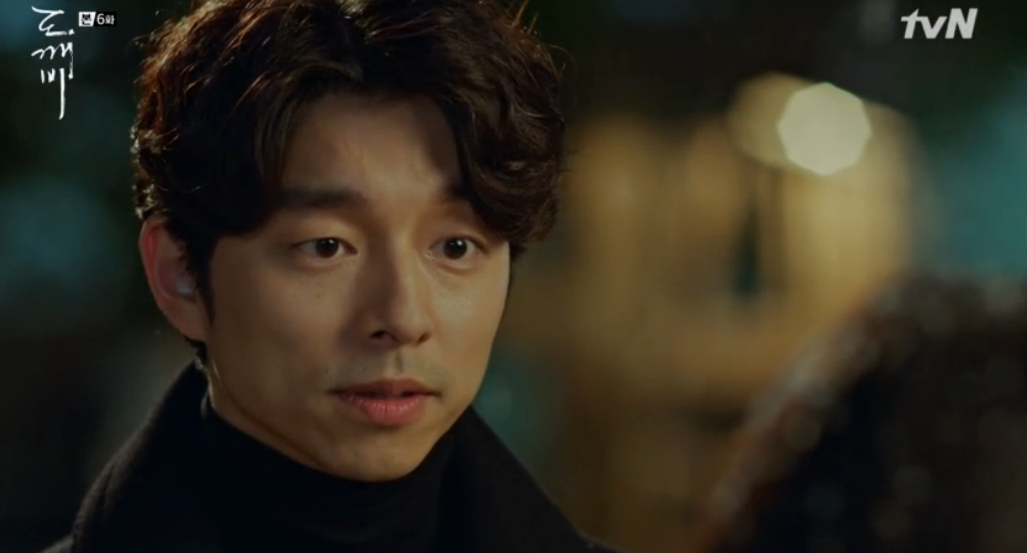 Ji Eun Tak becomes concerned at his words, and asks, “Are you…really going to turn into a broom?” Kim Shin laughs and tells her that he won’t, to which she relaxes and prepares herself to take out the sword. 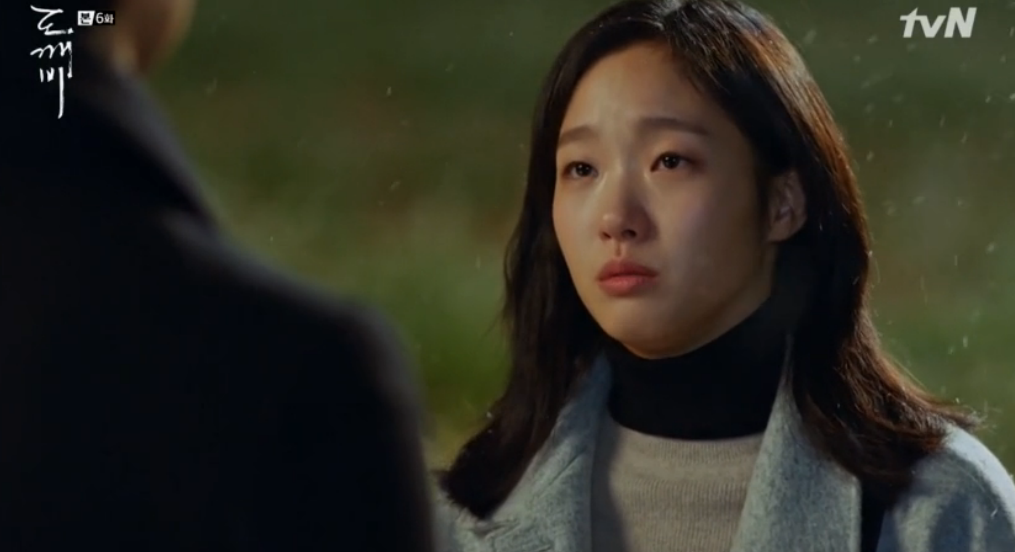 However, the sword mysteriously vanishes every time she tries to pull it out. As she tries again, Kim Shin becomes increasingly anxious and frustrated, but then Ji Eun Tak says that she knows what this is, and starts mentioning fairytales and princes. 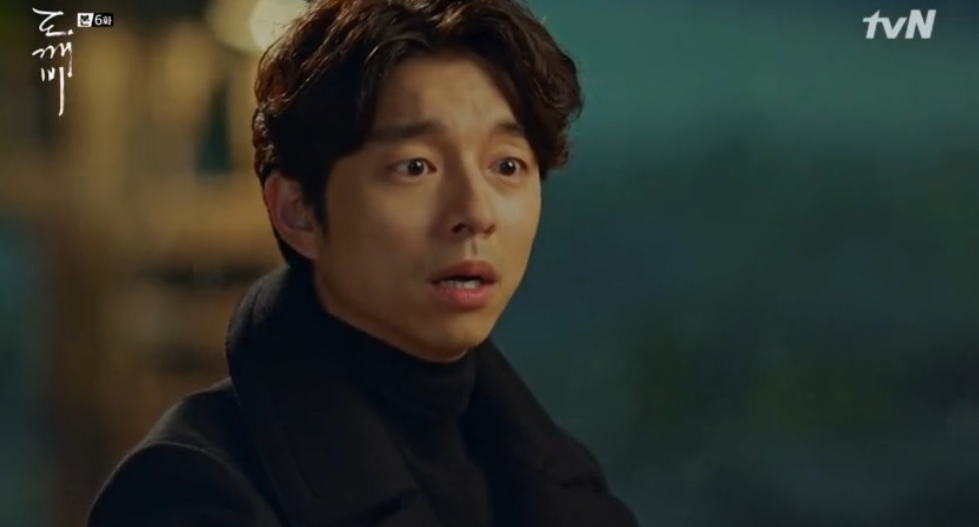 When Kim Shin exasperatingly asks, “What about it?” Ji Eun Tak grabs him by the collar and says, “A kiss,” and kisses him, as Kim Shin’s eyes widen in surprise. 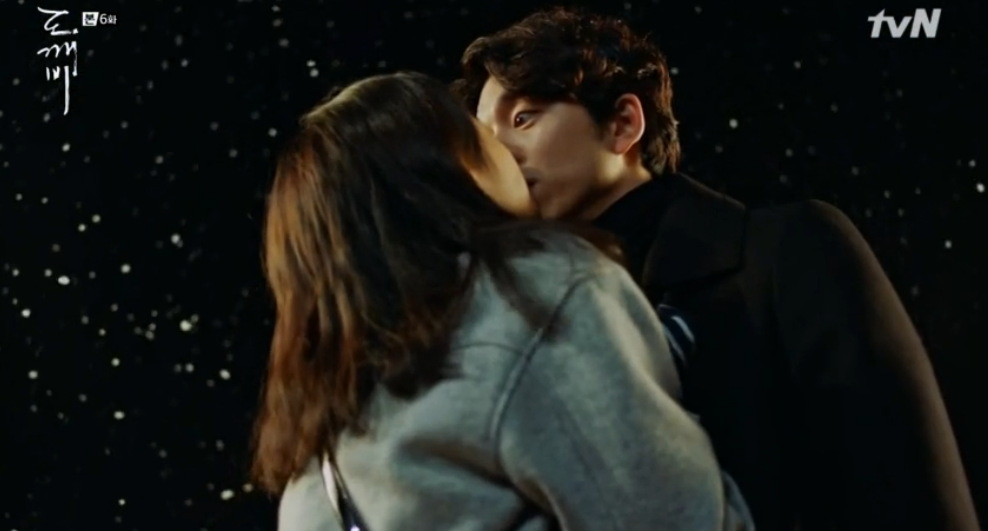 What did you think of this final scene?

Meanwhile,”Goblin” airs every Friday and Saturday. Catch the show on Viki exclusively in Europe!

Gong Yoo
Kim Go Eun
Goblin
How does this article make you feel?