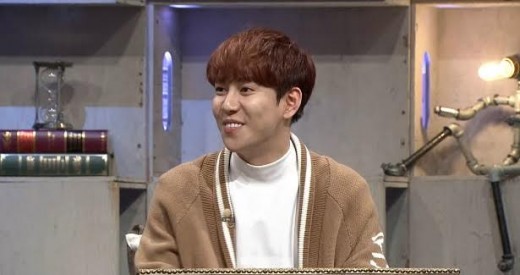 Block B’s Park Kyung To Fulfill An Interesting Promise If His Solo Track Gets No. 1 On Music Sites

On the upcoming episode of tvN’s “Problematic Men,” the fellow cast members request a mischievous promise from Park Kyung as he nears his comeback. During the episode recording, Jun Hyun Moo, who has heard Park Kyung’s solo track, reveals, “Both Kim Ji Suk and Ha Seok Jin made pledges, which were great. These kinds of promises have become a tradition on the show.” Kim Ji Suk also adds, “If Park Kyung were to dress up like Candy (a classic manga character), don’t you think it’d be really pretty?”

Park Kyung then replies, “If the solo track is No. 1 on music sites, then I’ll dress up like a girl.” Upon hearing this, Kim Ji Suk and Ha Seok Jin jokingly act like they’re judges from “Superstar K,” and begin sharply judging Park Kyung’s solo track.

Catch the upcoming episode of “Problematic Men” on December 18.