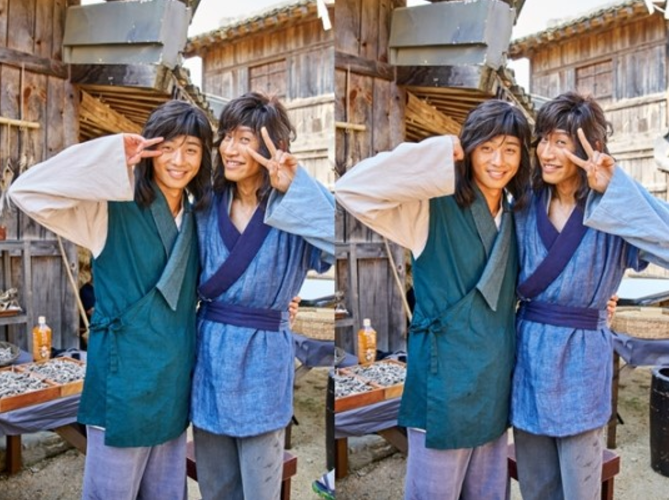 With only one more day till the premiere of KBS 2TV’s “Hwarang,” the production has also released stills that show the chemistry between Park Seo Joon with Lee Kwang Soo.

The released images show Park Seo Joon and Lee Kwang Soo side by side and smiling brightly as they both hold up peace signs. Park Seo Joon is starring as the show’s main lead Moo Myung (later known as Sun Woo), while Lee Kwang Soo is making a special cameo on the show as the character Mak Mun.

Sun Woo and Mak Mun are described as precious, best friends who are more like each other’s family. The two grew up together in a humble village, with Mak Mun also being known as the older brother of Aro (played by Go Ara).