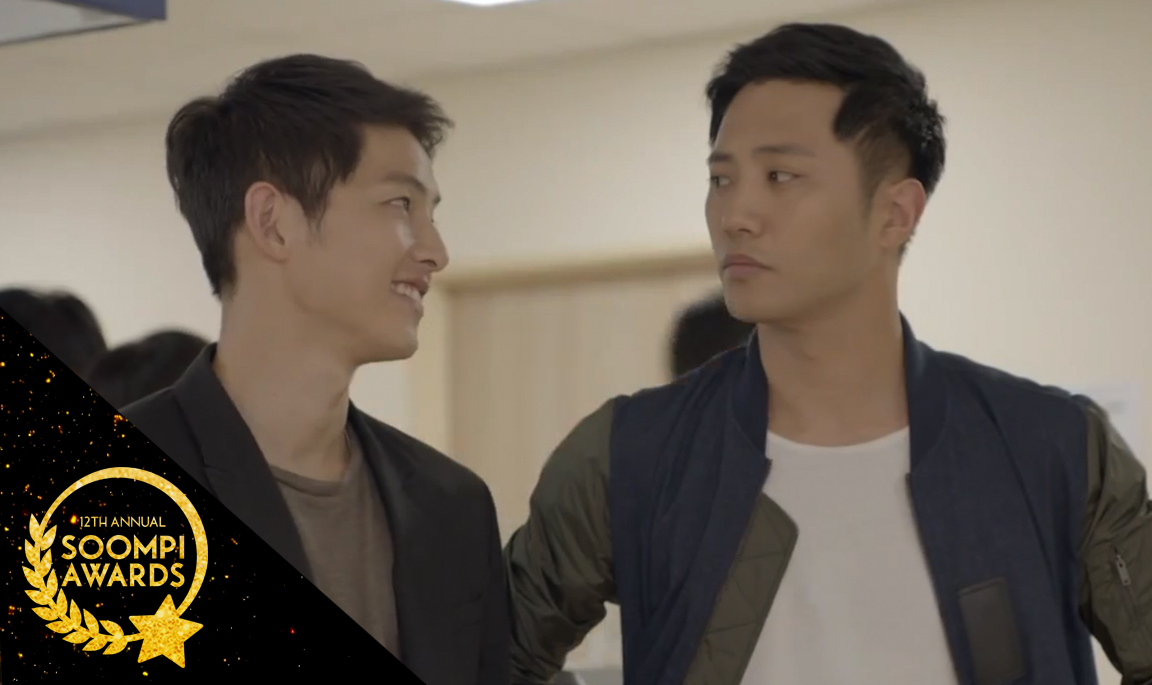 This past year was full of adorable love lines that we couldn’t get enough of, but we can’t forget the bromances. What is it about seeing males poke fun at each other while being so loyal to one another? We’ve seen it many times and it’s becoming a key ingredient in the K-drama world, which, let’s be honest, we’re definitely not complaining about.

Let’s take a look at our favorite bromances of 2016. 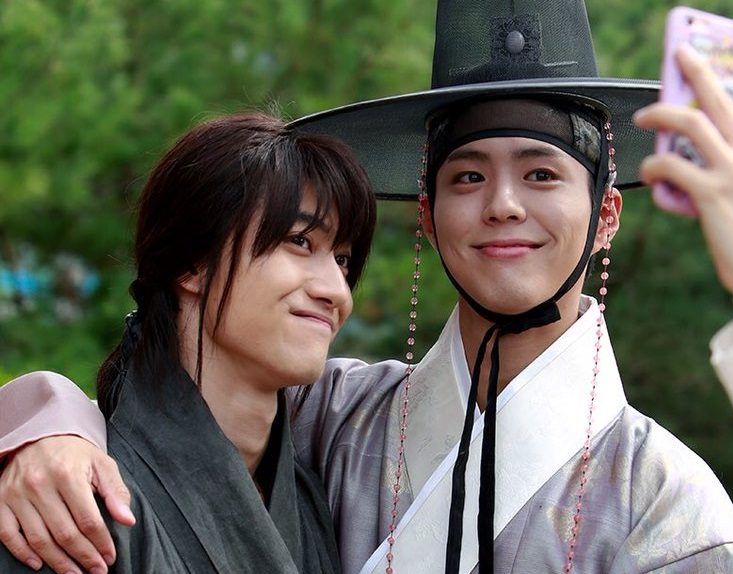 Talk about loyalty. There was nothing Kwak Dong Yeon’s character, Kim Byung Yeon, wouldn’t do for the Crown Prince, Lee Young (Park Bo Gum). It was a common sight seeing Kim Byung Yeon using his sword and fighting abilities to protect Lee Young; he would’ve even died for him! Their dedication to each other was so evident from the start, and it was especially feel-worthy when Lee Young proclaimed to his bodyguard that if there was only one person to trust in the world, it would be him.

2. Song Joong Ki and Jin Goo (Descendants of the Sun)

Before the Song-Song couple was a thing, Song Joong Ki and Jin Goo belonged to each other. Bromantically, that is. It was adorable seeing Seo Dae Young (Jin Goo) act like he was annoyed and bothered by Yoo Shi Jin’s (Song Joong Ki) antics. Everything from Dae Young rejecting Shi Jin’s invitations to hang out, to Dae Young willing to risk his life to help his best friend, was endearing and cute (to say the least). Oh, and we can’t forget that time they wore matching t-shirts:

These two stole our hearts. And not because they’re both pretty good-looking, but also because they were so loyal to each other. Seo Do Yoon (Lee Tae Hwan) was so dedicated to their friendship that he even got beat up from the bad guys as he refused to reveal the whereabouts of Kang Chul (Lee Jong Suk). There was nothing Seo Do Yoon would rather risk his life for than to protect his friend. If you need a lesson in friendship and loyalty, these two are the epitome of it. This flower-boy bromance was a match made in K-drama heaven. How amazing was it to see these two spite each other from the beginning, then to develop such a strong bond? If you were like me, you found yourself rooting for these two and their relationship more than the main couple. Even though they fell in love with the same girl, we know deep down inside their bromance outweighed it. I mean, look at how genuinely happy they look to being in each other’s company: 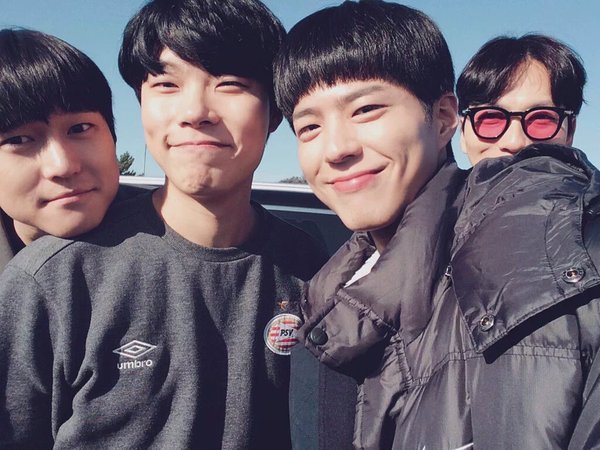 One of the key elements of this drama’s success was seeing the tight-knit group of boys (and a girl) form such an unshakable bond. This group shared many laughs, hardships, and struggles that brought viewers to a series of emotional breakdowns (not to mention the infamous love triangle involving Park Bo Gum and Ryu Jun Yeol; how can we ever forget). This group of friends displayed the value of their relationship with one another and showed how wealth, love, and popularity are factors that could never break them apart. It’s a friendship we can all root for, right?

And how cute was it watching them have slumber parties together?! These two should definitely do another drama together. Their bromantic chemistry was such a joy to watch. It was hilarious and entertaining to see Baek Sung Il’s (Ma Dong Seok) deadpan face when Yang Jung Do (Seo In Guk) was annoying him. We also can’t forget how awesome it was to see them bicker constantly. I loved seeing the tough and strong Sung Il melt and become more caring and protective of the trouble-maker Yang Jung Do as the drama progressed. He really loved him!

When Wang So (Lee Joon Gi) was just the black-sheep of the family and everyone feared him, Nam Joo Hyuk’s character Baek Ah stepped up and took initiative to support him. This bromance became even stronger when Baek Ah became king. We all know that Wang So wasn’t the easiest brother to get along with, and once he attained the throne, he faced a lot of struggles and made a lot of tough decisions that drove him to feel helpless and alone. During these difficult times, Baek Ah was there for him when his other brothers weren’t. It brings a tear to your eye, doesn’t it? 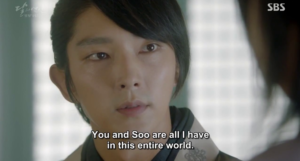 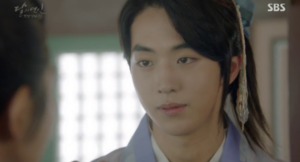 8. Lee Min Ho and company (The Legend of the Blue Sea) 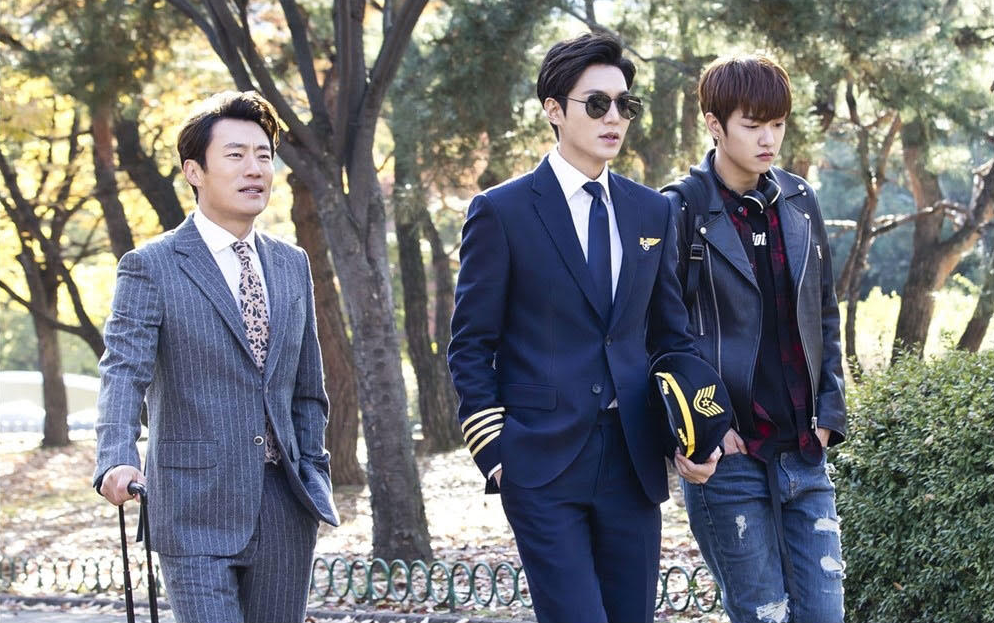 This group of friends are so different from each other, yet they all share the same goal: to make lots of money. We have the veteran con-artist named Jo Nam Doo (Lee Hee Joon), the quiet romantic named Tae Oh (Shin Won Ho) and of course, the visual and main man with a lot of baggage, Heo Joon Jae (Lee Min Ho). Ok, so their day jobs aren’t exactly the most reputable, but what you don’t know is that they share a deep and special bond with each other. These boys are total softies and have each other’s backs. Don’t you just love the bad boys who are oh so devoted to their friends especially when they pretend to hate each other?

Watch the latest episode of “The Legend of the Blue Sea”:

9. Eric Mun and his sound crew (Another Oh Hae Young) Even though this bromantic group of men had their aggravating moments with Park Do Kyung (Eric Mun), it still didn’t stop them from comforting him when he was going through some issues. They basically all had a love/hate relationship with Do Kyung. Yes, their relationships consisted of many outbursts, emotional breakdowns, fights, and constant pestering, but they also really cared about each other and this was always depicted in subtle, but sometimes not so subtle gestures. Remember when the crew took him on a field trip?

There was something about this bromance that was heart-warming, yet heart-breaking at the same time. Their relationship was really special. Mostly because their friendship mimicked a romantic one many times throughout the series in that it was quite emotional. For example, when Jo Jung Suk’s character takes off all his clothes to give back to Go Kyung Pyo:

Despite this emotional rollercoaster of a relationship, I really wanted them both to sustain their friendship regardless of their mutual feelings for Pyo Na Ri (Gong Hyo Jin). I also couldn’t help but love how persistent Go Kyung Pyo was about continuing to be friends with Jo Jung Suk. They had so much chemistry as BFFs, which made it all the more painful to see these two fighting with each other! You can see the nominees here: