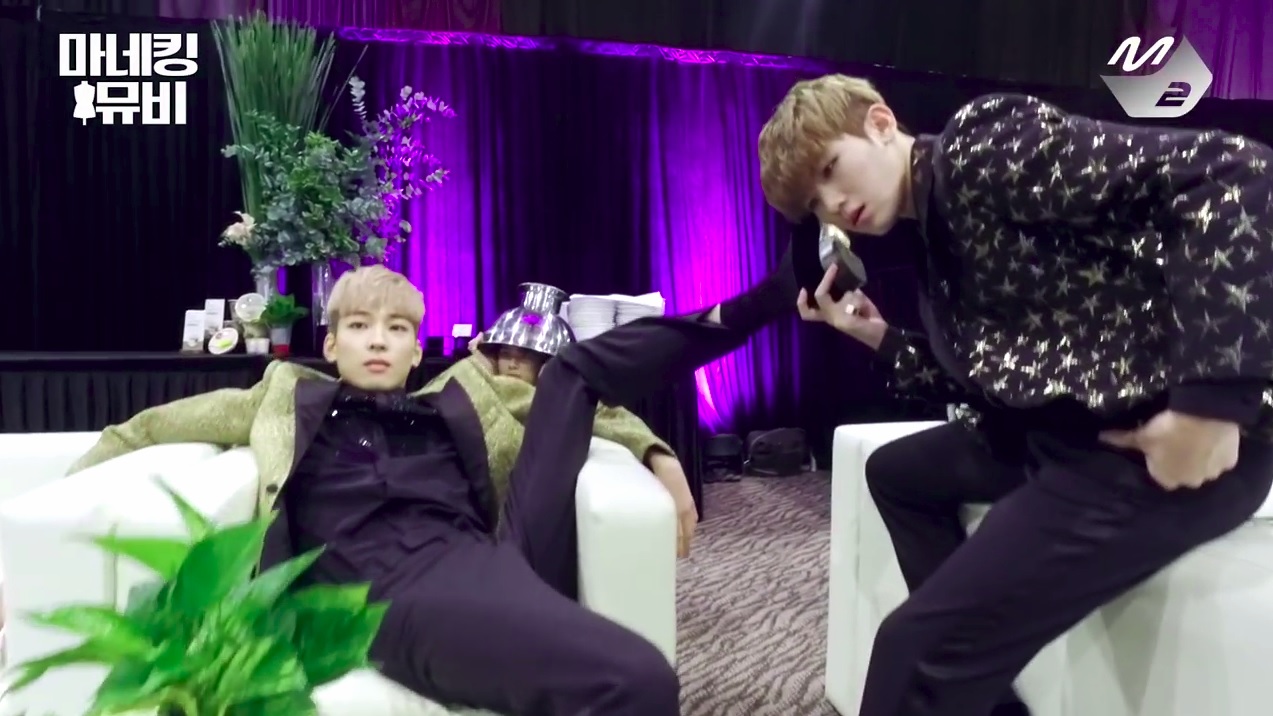 Internet trends are fun to watch, and it’s always exciting to see K-pop groups jumping on the bandwagon as well! After the bottle flipping challenge came and went, we suddenly saw everyone singing “Pen Pineapple Apple Pen” everywhere. Now we are seeing idol groups partaking in the mannequin challenge as the video trend reaches Korea. For all our Soompiers that keep up with internet movements, here is a list of sixteen mannequin challenges that are sure to impress.

These seven bright girls keep it simple, as they pause before breaking out into dance in a practice room.

BOYS24 brings us a holiday version, complete with hilarious interactions after they return to motion. We can tell they are excited and exceedingly festive for Christmas this year.

The energetic members of SF9 can only remain frozen for so long before they explode into their unusual but charming antics.

The 2016 Mnet Asia Music Awards (MAMA) brought us more than just an amazing event from Hong Kong this year. They have been releasing elaborate videos of the mannequin challenge.

Sensational rookie group BLACKPINK partakes in the challenge to tease for the upcoming 2016 SBS Awards Festival.

2016 MAMA gives us another complex video of SEVENTEEN being their dorky and lovable selves.

There appears to be a connection between this challenge and rookie groups, as Cosmic Girls, another new group, climb on board.

PENTAGON kills two birds with one stone, becoming statues and teasing for their comeback at the same time.

This large group strikes once again in quirky CUBE Entertainment artist style, when they freeze with persimmons in a waiting room.

They really are perfectly abnormal in every way!

K.A.R.D proves that they are deserving of their impressive overseas popularity with their version of this global trend released before their debut.

The maknae of VICTON gets mischievous, while all of the older members are stationary in this laid back clip.

MAMA strikes once again with yet another video, but of the beautiful group GFRIEND.

We get to see I.O.I joining in while they are eating dinner together in this very simple but fun video.

Count on FTISLAND to pull off one of the largest K-pop versions of the mannequin challenge, when they completed the task mid-concert and included their fans.

Even though Kris Wu is not a part of the K-pop industry currently, there is no denying the years that he spent as a member of EXO, or the quality and scale of his own mannequin challenge!

A second huge scale version of this challenge!

Entertainingly enough we found two music videos of groups that have obvious similarities to this trend. While we do not know if VIXX realized they looked like mannequins, their music video “The Closer” did come out after the trend had already begun!

The members of Girls’ Generation also participated in the mannequin challenge, long before it even existed, in their classic music video “Gee!”

Which group’s mannequin challenge is the best? Let us know your favorite version in the comments!