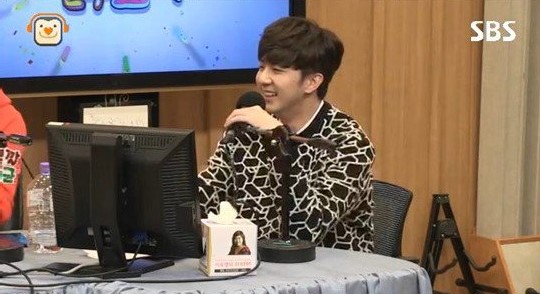 Thunder Talks About Awkwardness Of Going Solo, And Bowling Beside Kim Soo Hyun

On the December 19 broadcast of SBS Power FM’s “Cultwo Show,” Thunder talked about how it feels to now be a solo singer.

When asked if it felt awkward promoting solo for the first time, Thunder replied that it certainly was. He explained, “Even though I had been working for seven years since debuting with MBLAQ, it still feels awkward since I’m on my own now.”

He added, “It was comfortable promoting with many people, but if I’m on stage by myself, I get nervous. My parts increased since it’s a solo song, which is good, but I also seem to lack stamina.”

In a later segment, the singer also disclosed his surprisingly awesome bowling skills, and his even more surprising bowling encounter with actor Kim Soo Hyun.

Thunder first revealed that he usually averages a score of about 190, prompting the DJ to ask if he ever thought of trying professional bowling like Kim Soo Hyun and FTISLAND’s Lee Hong Ki. His reply was, “I’ve actually bowled in the same bowling alley as Kim Soo Hyun before. His skills were really good, but instead of looking at his bowling, I was looking at his face.”

He then made everyone burst into laughter when he continued, “It’s a face that even men want to keep looking at.”

Thunder is currently in the midst of promoting his solo debut album “Thunder.” The title track is called “Sign,” and features former KARA member Goo Hara.

Kim Soo Hyun
MBLAQ
Thunder
How does this article make you feel?