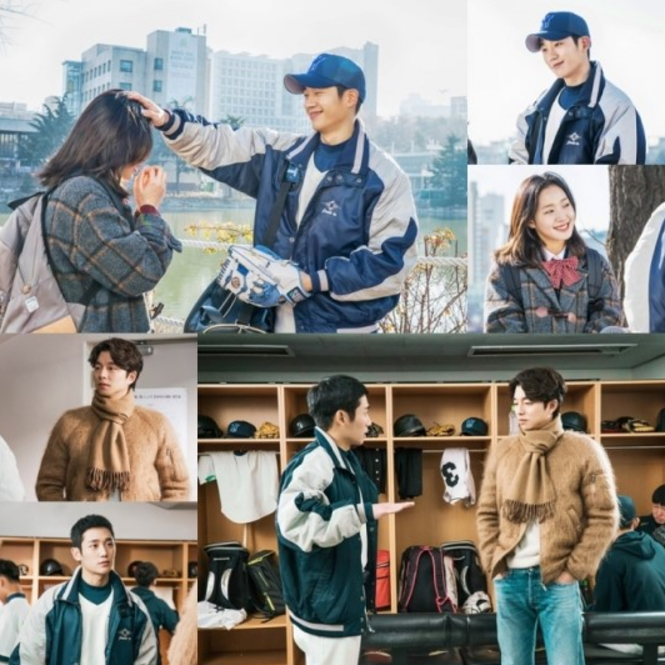 tvN’s “Goblin” has released stills for the upcoming episodes that hint at an interesting development between the goblin Kim Shin (played by Gong Yoo) and Ji Eun Tak (played by Kim Go Eun).

On December 20, the released stills showed actor Jung Hae In making a cameo as Kim Go Eun’s first love Choi Tae Hee, a college student who is part of the baseball team. Jung Hae In’s cameo role is set to create some interesting conflict between the goblin Kim Shin and Ji Eun Tak.

The production team revealed their thoughts about the actor’s cameo, saying, “Despite only appearing for a short while, the actor was able to express a warm feeling of first love. Through Jung Hae In’s role, Gong Yoo and Kim Go Eun’s relationship will be going through some conflict as Kim Shin shows his cute, jealous side.”

Jung Hae In
Gong Yoo
Kim Go Eun
How does this article make you feel?