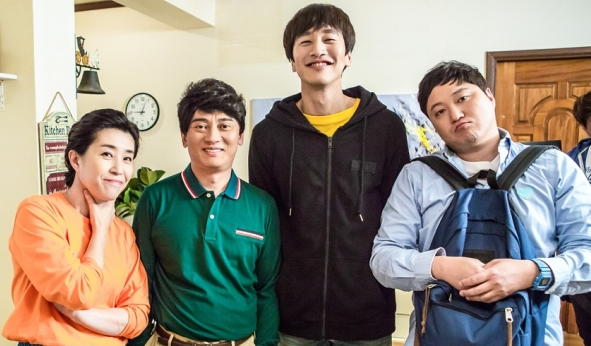 On December 20, actor Kim Byung Ok appeared on the show “1 vs. 100” and praised Lee Kwang Soo, his co-star from the web drama “The Sound of Your Heart.”

The actor talked about Lee Kwang Soo, saying, “He’s kind, full of manners, and he lightens up the filming atmosphere. We stay up for about three days to film, and my eyes automatically start closing when it hits 3 or 4 a.m. in the morning. One time, a food truck had arrived but I was sleeping. Then Lee Kwang Soo came to me and suggested that I eat.”

He continued, “That was the first time something like that happened to me. Other people would just think, ‘Oh, I guess he’s not eating,’ but Kwang Soo actually came and told me himself.”

Kim Byung Ok then proudly stated, “I’m the father of the ‘Prince of Asia.'”

How kind of Lee Kwang Soo!

Lee Kwang Soo
kim byung ok
The Sound of Your Heart
1 vs. 100
How does this article make you feel?