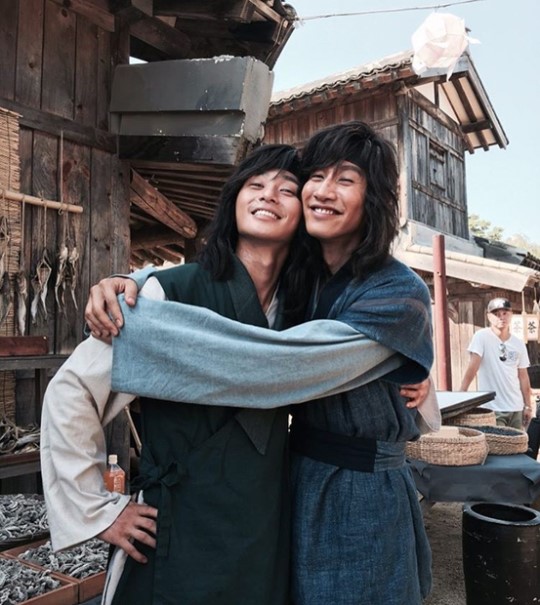 On December 20, Park Seo Joon uploaded a photo on his Instagram, saying, “Let me release some of the ‘Hwarang’ photos that I’ve been collecting. First of all, I was able to have a fun time during filming thanks to the very lovable Lee Kwang Soo.”

In the photo, Lee Kwang Soo and Park Seo Joon are hugging each other tightly while looking happier than ever. Lee Kwang Soo recently made a special appearance in the first two episodes of “Hwarang,” and was greatly praised for his amazing acting skills.

Watch Lee Kwang Soo’s cameo in “Hwarang,” which airs every Monday and Tuesday at 10 p.m. KST!