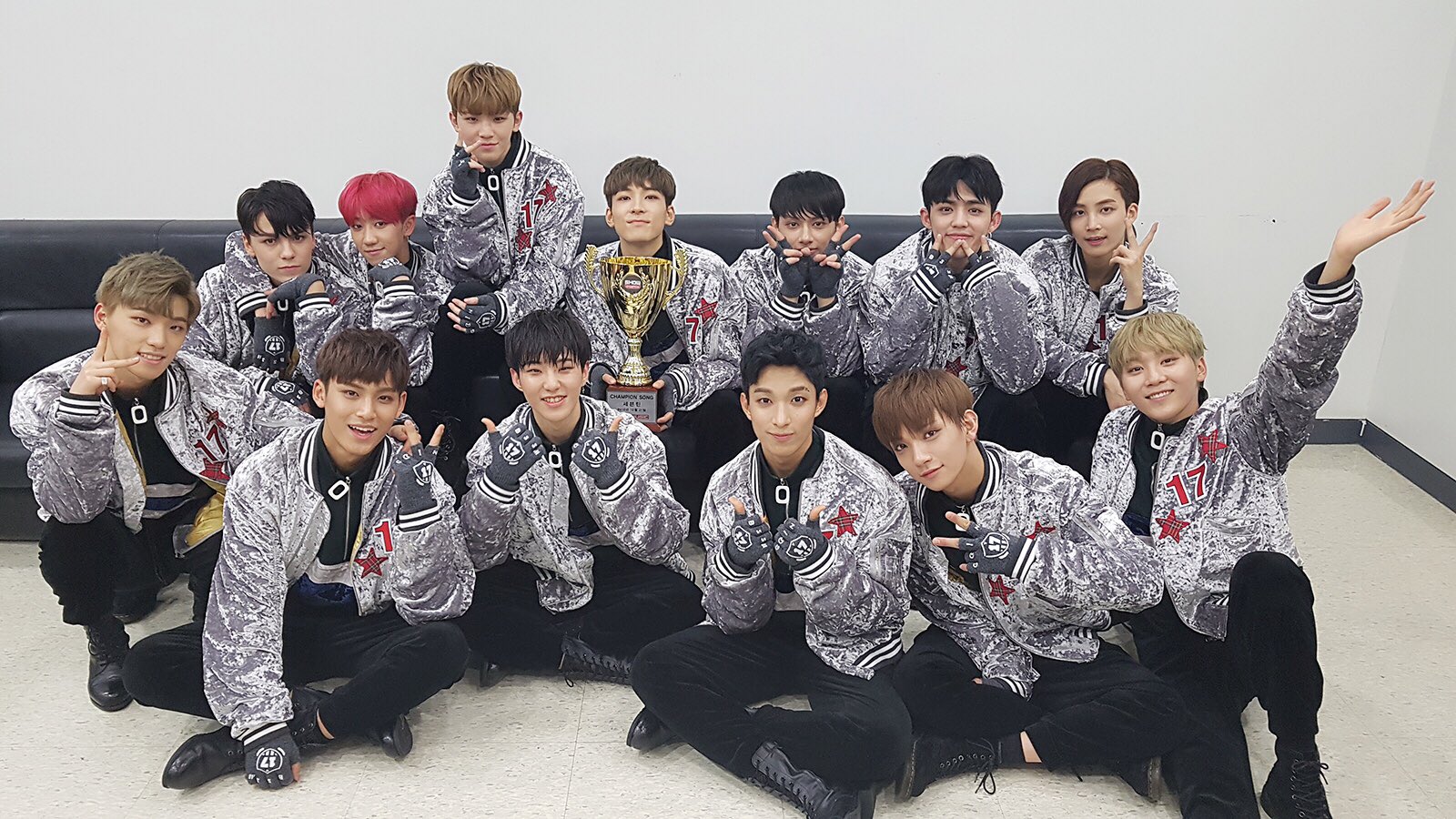 SEVENTEEN has earned another first place trophy for their catchy hit “BOOMBOOM”!

On December 21’s episode of “Show Champion,” SEVENTEEN was up against B1A4, BIGBANG, Jung Seung Hwan, and Heize for the top spot. After receiving the trophy, the guys took turns to thank their parents, fans, and agency staff, and promise to work even harder in the future. Also, Vernon wished fans a merry Christmas in advance!

Watch SEVENTEEN’s performances and win below!

PENTAGON – “Can You Feel It”