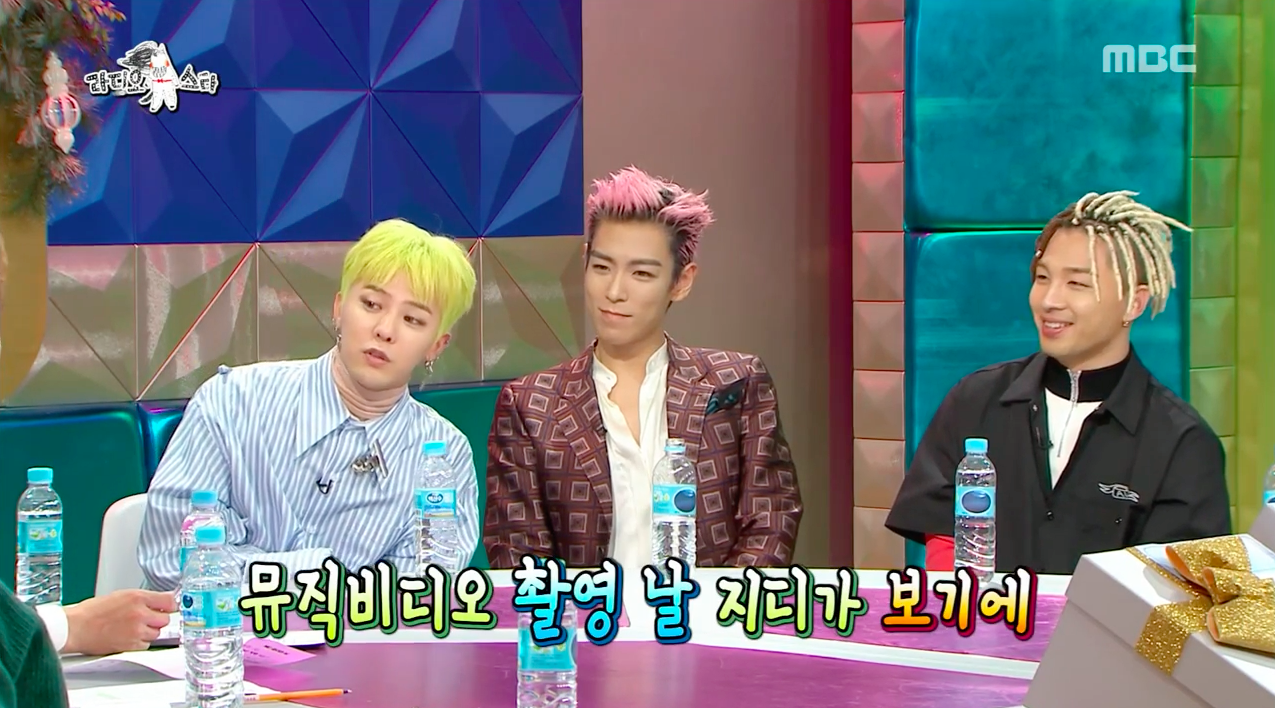 BIGBANG made a guest appearance on December 21’s episode of “Radio Star,” where Taeyang finally shared the story behind his hit solo track “Eyes, Nose, Lips.”

When asked about his inspiration for “Eyes, Nose, Lips,” Taeyang replied, “It’s a story based on my own life. There have been a lot of rumors that it’s a song about someone else, but it’s really a song that came out when I met Min Hyo Rin.”

G-Dragon jumped in to add that he (unintentionally) played the role of a matchmaker in their relationship. “When Taeyang was planning to film his music video, he was considering who should be his female co-star,” he said, referring to Taeyang’s video “1AM” which features Min Hyo Rin. “I suggested a friend of a friend because I thought they’d look good together, and it turned out that Taeyang already had her in mind.”

“I went to the music video set, and I saw that Taeyang was smiling from ear to ear, even though it’s a sad song,” he recounted, which made Taeyang laugh. 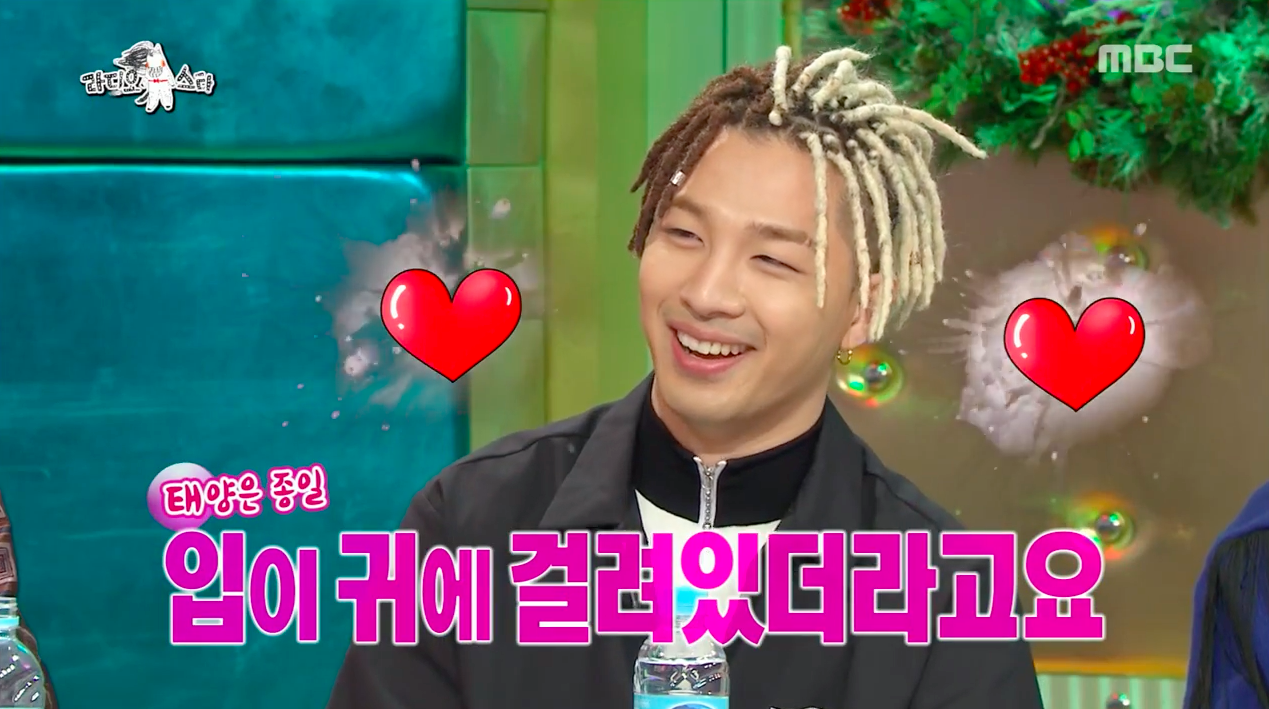 G-Dragon then cracked everyone up by reenacting a scene where Taeyang was supposed to be hugging Min Hyo Rin sadly, but G-Dragon spotted him grinning. 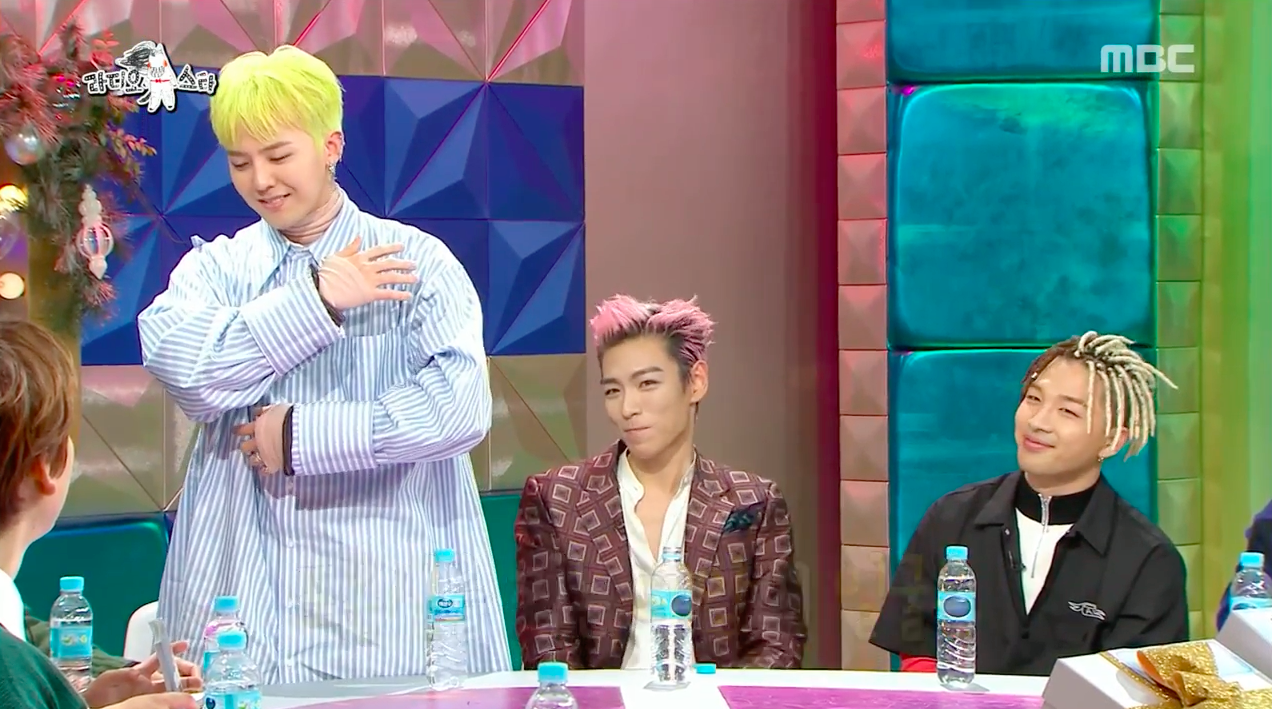