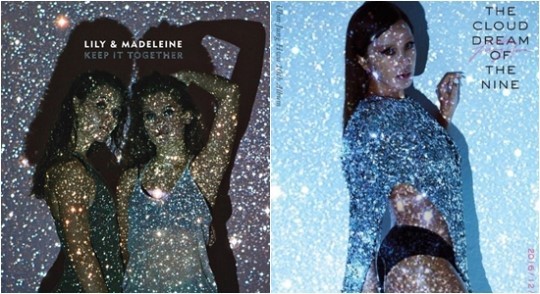 The source said, “The mentioned photo use a starlight effect called ‘Projector Starlight’ which has already been used in photos, films, and music videos by diverse medias.”

The source continued, “Also, that photo is only one of the nine concepts for Uhm Jung Hwa’s new album ‘The Cloud Dream of the Nine’ and it is the photo for one of her double title tracks ‘Dreamer.’ In order to portray a dreamy and mysterious feeling, glittering clothes and the projector starlight technique was used.”

Previously, the photo was accused of plagiarzing a photo of American folk pop duo Lily & Madeleine.

Meanwhile, Uhm Jung Hwa will be making her comeback on December 27.

Uhm Jung Hwa
Lily &amp; Madeleine
How does this article make you feel?