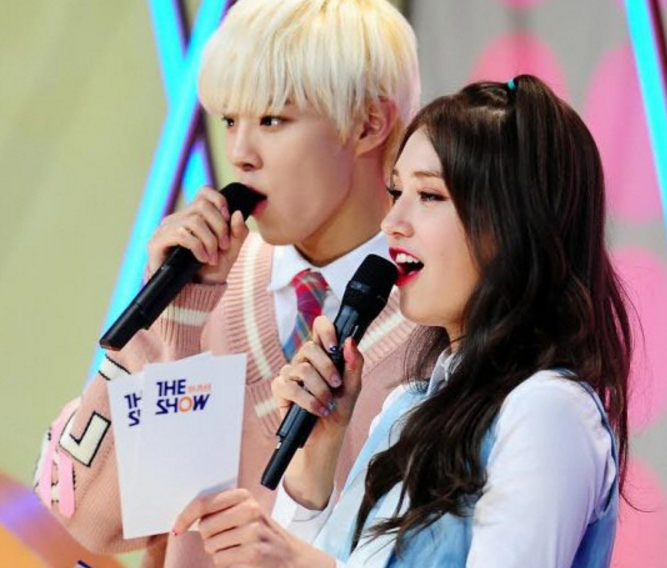 SBS’s “The Show” has released an official statement in regards to the recent controversy.

On December 26, the production for “The Show” released an official statement, saying, “First of all, we would like to sincerely apologize to MCs Jeon Somi and Wooshin, who were really hurt by the unexpected controversy.”

The production staff continued, saying, “At the request of the production, Jeon Somi used her manager’s phone and the managers for both artists were present during the filming. Both of their opinions were heard, and we were able to finish rehearsing and filming without any problems.”

In response to the controversy, they stated, “There was no physical contact. Wooshin’s hand was just overlapping with Jeon Somi as she lowered her head in attempts to stay within the screen. They were definitely separated physically, which we confirmed with Jeon Somi’s female manager and staff who were present at the time.”

Meanwhile, the controversy first began when it appeared to some people as though Wooshin had placed his hand on Jeon Somi’s chest area in their Christmas message video.

What are your thoughts on the latest controversy?

UP10TION
Somi
I.O.I
Kim Woo Seok
How does this article make you feel?