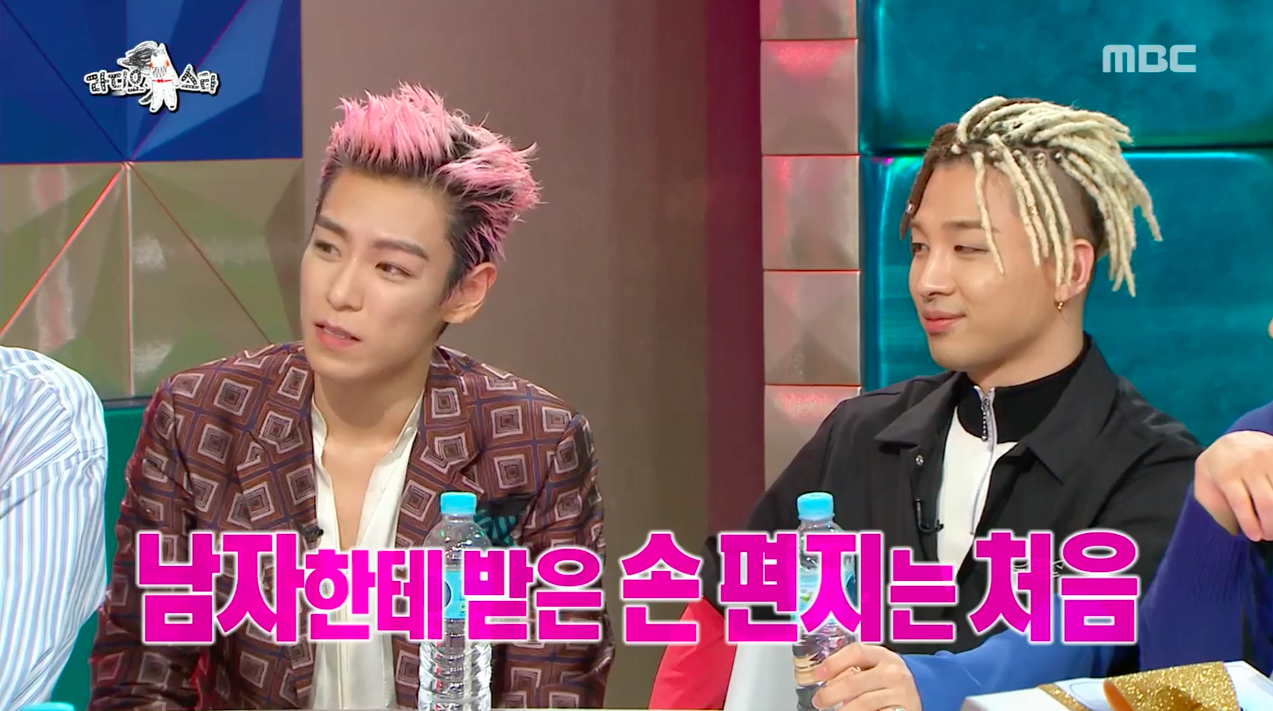 BIGBANG’s T.O.P Explains Why He Cried When Reading Handwritten Letter From Taeyang

During this episode, which is the second in a row featuring BIGBANG as guests, T.O.P was asked by the hosts if it was true that he cried very hard when reading a handwritten letter from Taeyang. T.O.P admitted that he cried over the letter, which he said was the first he’d ever received in his life from another man.

The letter he was talking about was one written to him by Taeyang when T.O.P was heading to film on location in Germany for a few months, while the group was also busy preparing for concerts. “He was having a really difficult time,” explained Taeyang. “I wondered how I could comfort him a bit, and then I gave him a letter on the day he went to Germany. He really liked it.” 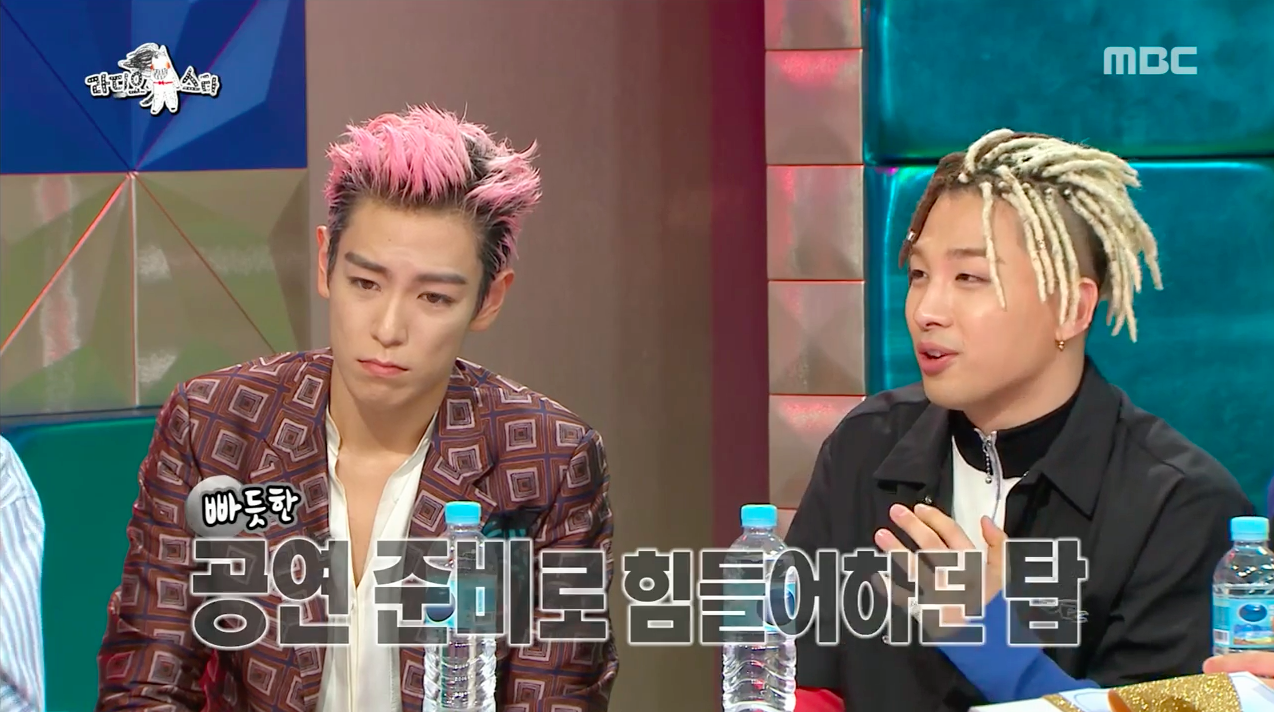 G-Dragon added that T.O.P tends to get teary very easily these days, and T.O.P was asked by the hosts what part of the letter made him cry. “It said at the end, ‘I love you,'” replied T.O.P. “It’s a phrase that is very hard for men to say to each other, because we’re shy about it.” 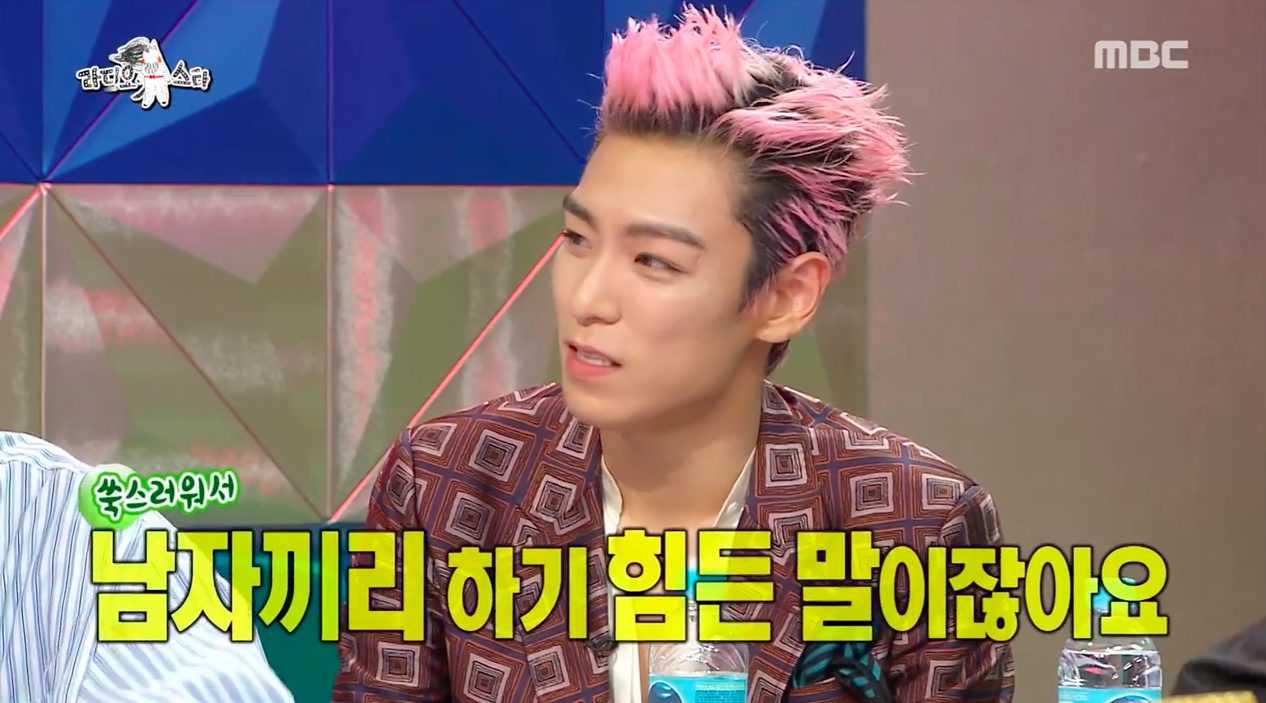 When asked if he writes letters a lot, Taeyang said he does. “Do you write them to Min Hyo Rin?” asked Kim Gura, and Taeyang replied that he does write letters to his girlfriend. Kim Gura quickly fired back, “What kind of things do you write?”, which cracked G-Dragon up. 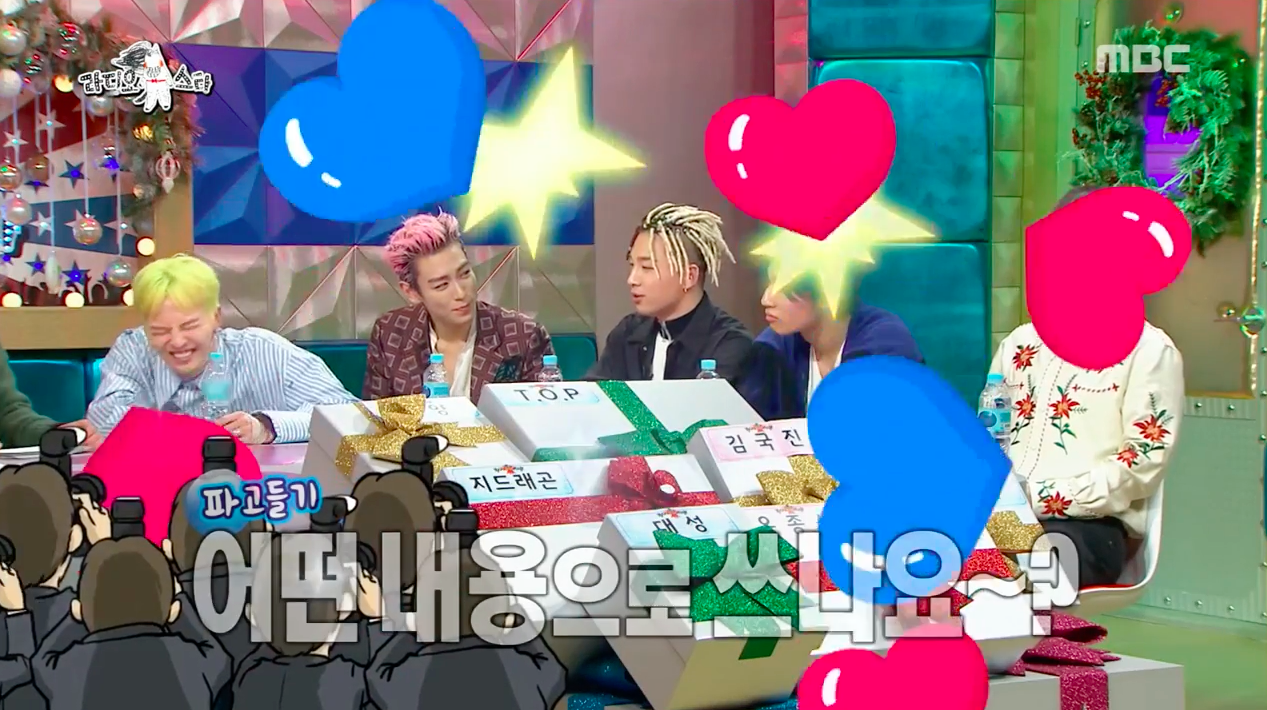 “It’s different every time,” answered Taeyang, so the hosts asked him if he wrote mainly on anniversaries or when he was apologizing. “No, I also like to write them whenever I think of her,” he replied. He then revealed that he sometimes delivers them to her personally or sends them with a bouquet of flowers, impressing the hosts.

Watch this full episode of “Radio Star” featuring BIGBANG below!