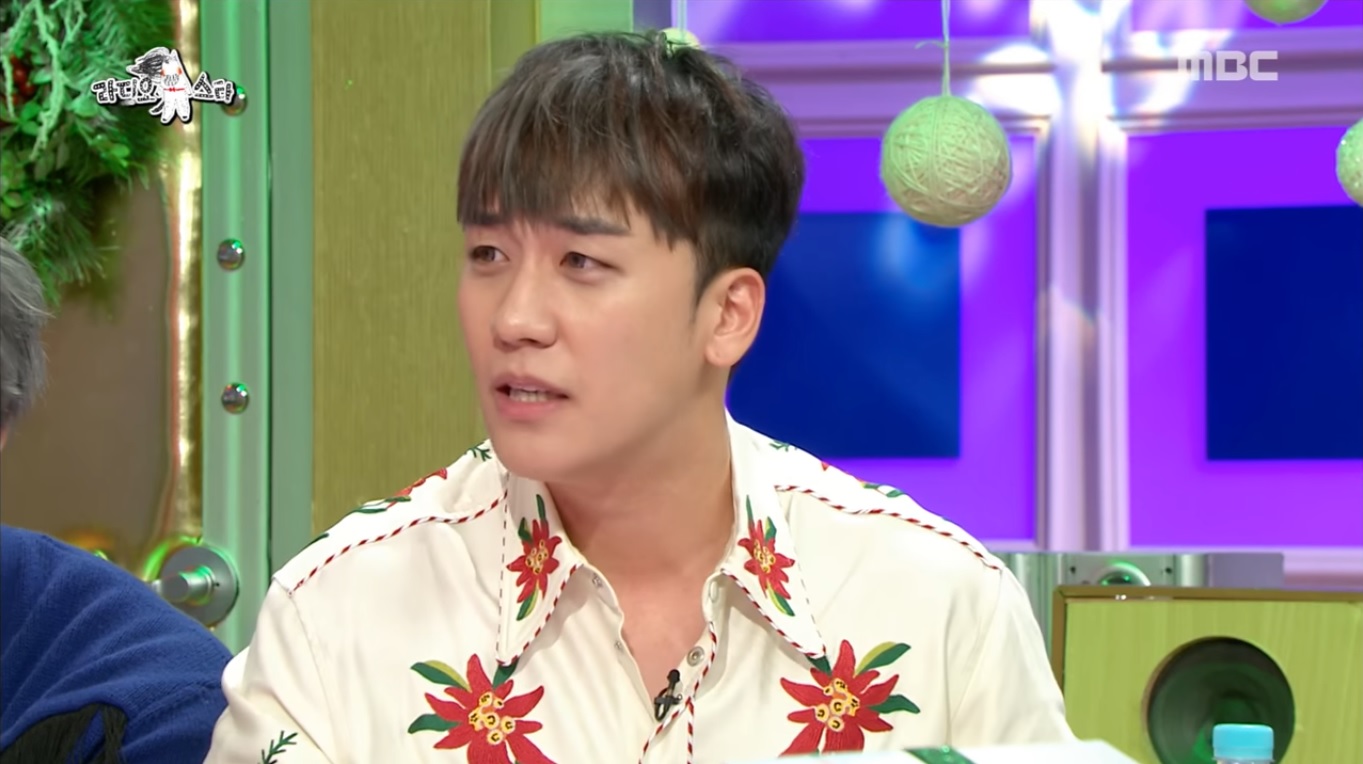 BIGBANG’s Seungri revealed that he has not been in a relationship in a long time.

On the December 28 broadcast of MBC’s “Radio Star,” the featured guests were the members of BIGBANG, who shared a story of how a woman Seungri believed he was in a relationship with denied that they were together.

Seungri added, “I really liked her. I would write her letters and talk to her mother.” 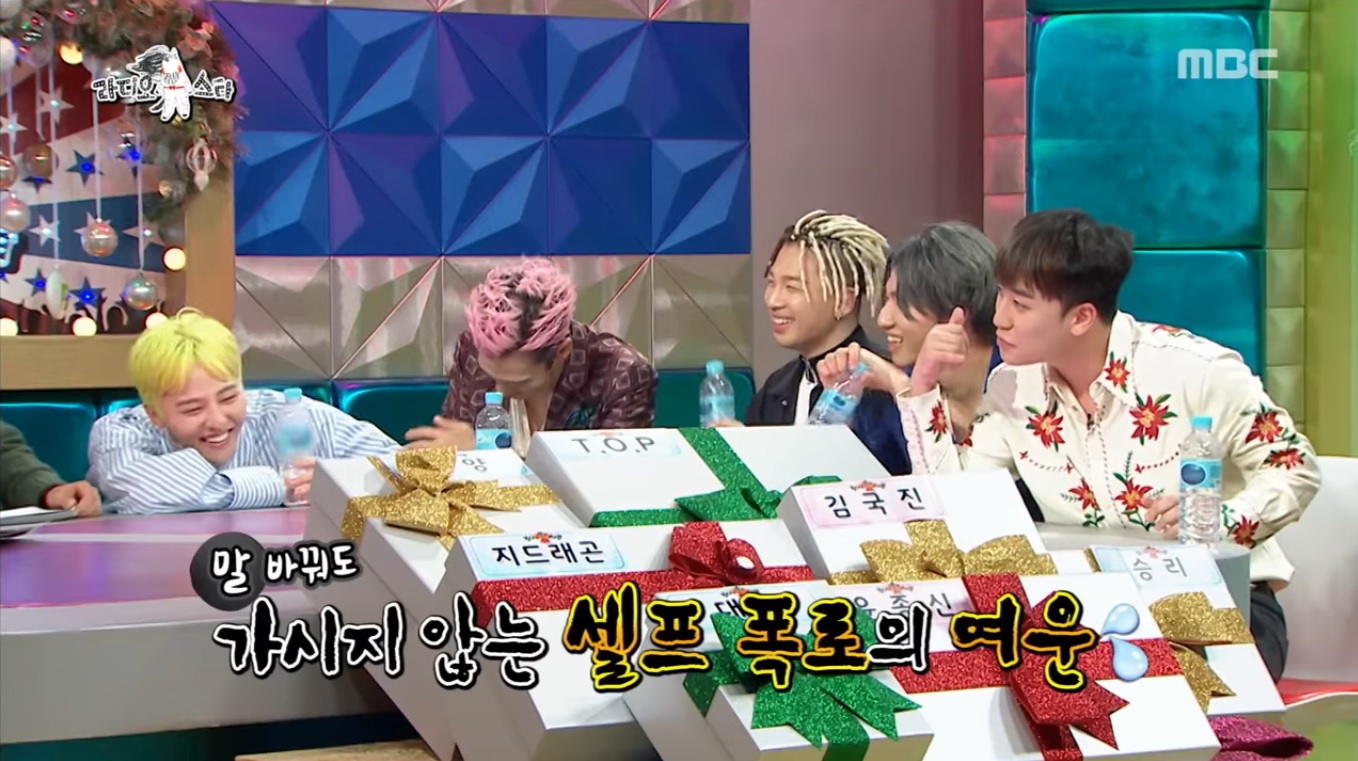 During the show, MC Kim Gura also brought up a rumor he once heard about the BIGBANG member. He said, “A female celebrity who was falsely rumored to be dating Seungri happened to look just like a woman he was dating.”

Seungri explained, “This happens a lot. We’ve never met, but I had a dating rumor with EXID’s Solji. We’ve never seen each other. I get those rumors a lot.” 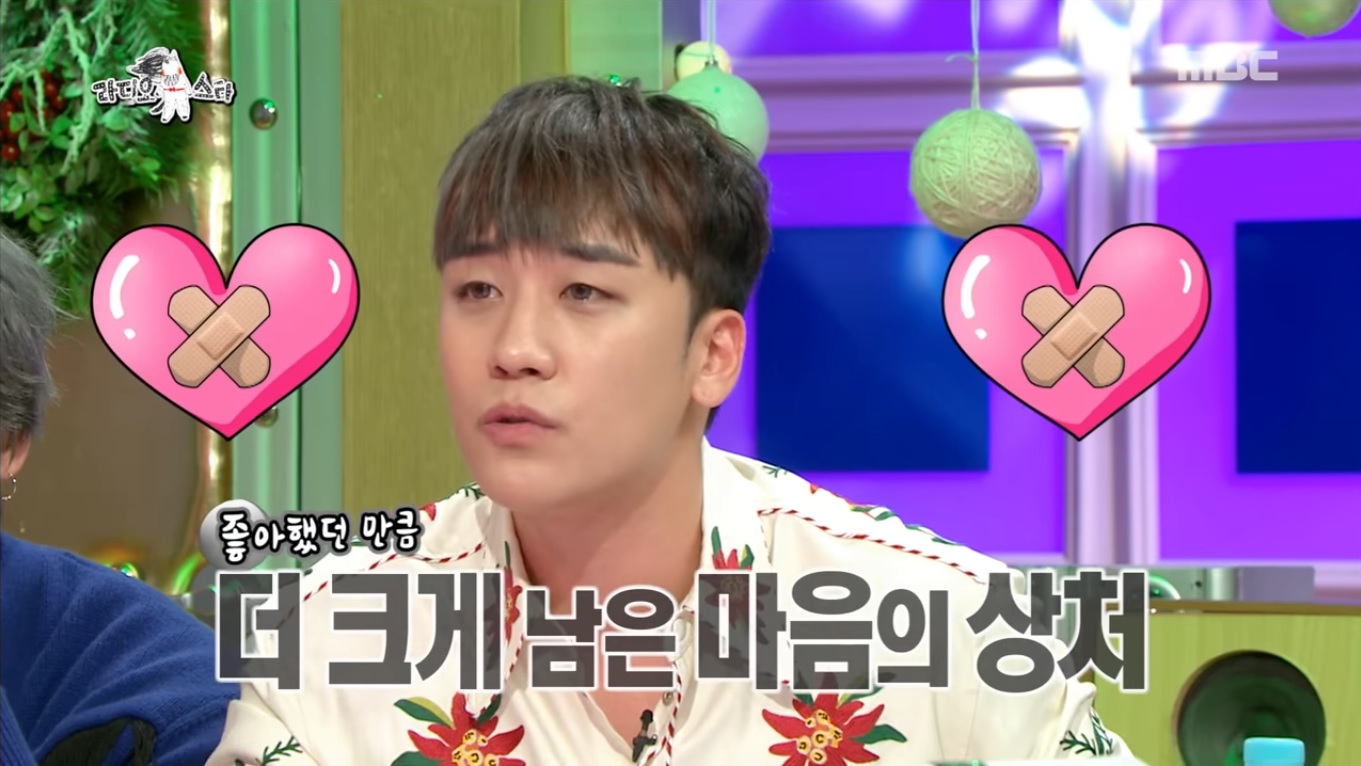 G-Dragon then stated that Seungri has not dated in a long time, to which Seungri commented, “After that incident, it’s been a while. I was hurt when she denied we were dating in the end,” and confessed he has not entered a relationship since.

BIGBANG
Radio Star
Seungri
How does this article make you feel?