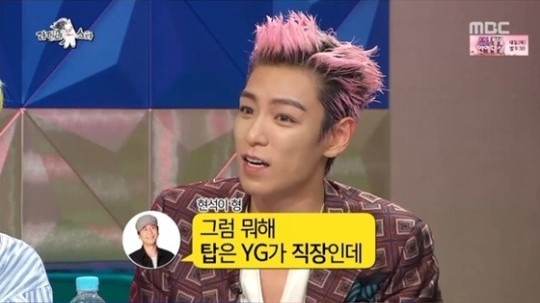 BIGBANG is back with more stories on the December 28 episode of MBC’s “Radio Star.”

During the show, T.O.P explained that he had a habit of wanting to give atypical answers, but it always backfires on him.

The BIGBANG member said that once, he commented that Yang Hyun Suk’s newly opened Korean BBQ place was “just okay,” and made him upset.

However, there was one particular response that Yang Hyun Suk can’t let go, even today.

When previously asked about what kind of meaning YG Entertainment holds to him personally, T.O.P reportedly answered, “My work[place],” just to give a fresh response to a common question.

“For the last four years, he still brings it up in our group chat. Today, I think I’ll have to clear up any misunderstandings right here,” T.O.P revealed.

So, the MCs amusingly asked the rapper what YG means to him, to which T.O.P gleefully answered, “Family,” with a huge thumbs up. 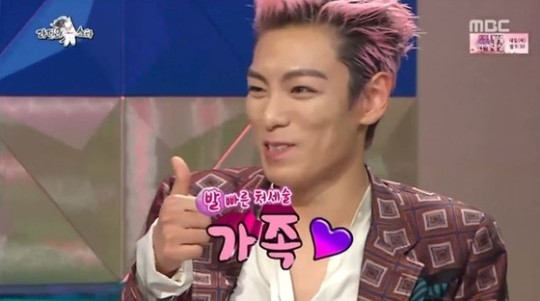 Taeyang commented as if he was a narrator, “Let it be known that ever since [T.O.P’s] confession, [Yang Hyun Suk] has started to call himself father.”

Watch the entire episode below and hear more of their anecdotes!