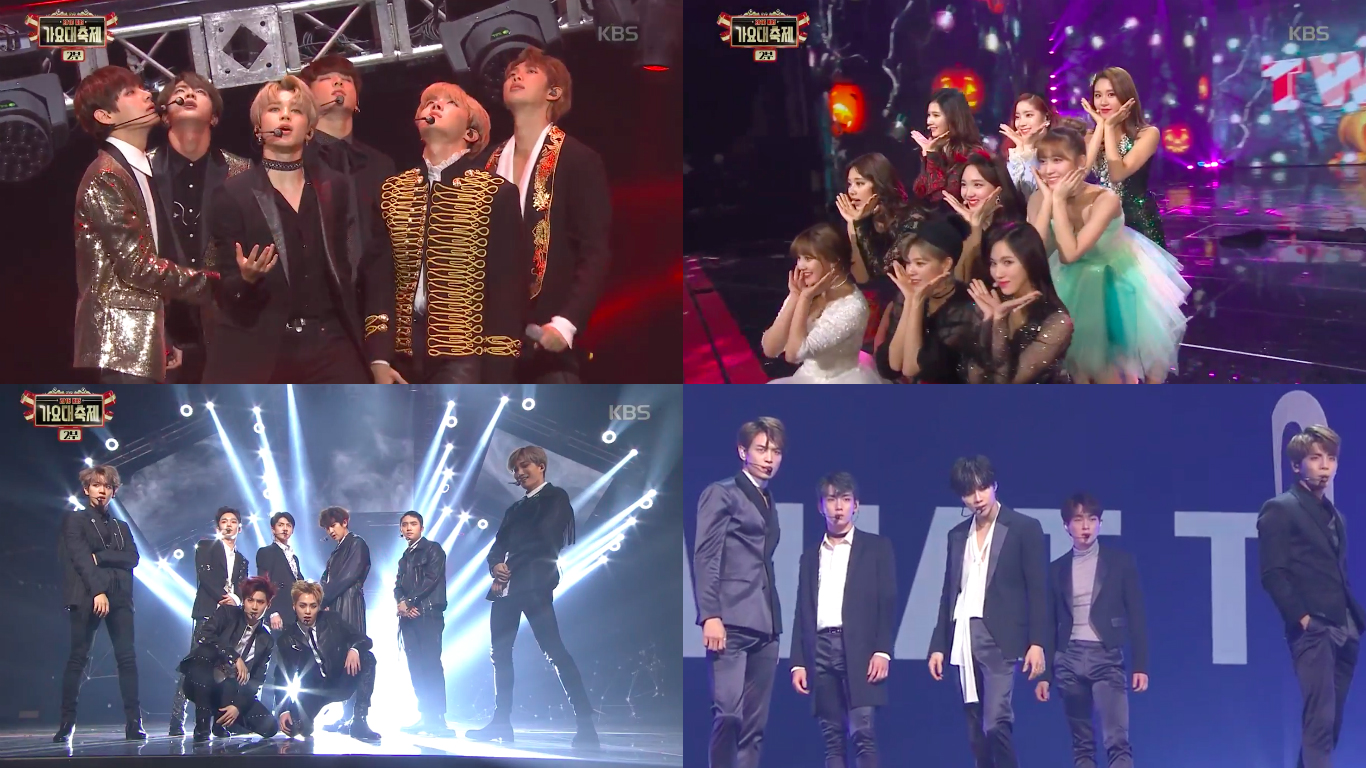 Some of K-Pop’s most popular artists celebrated this year’s hits and performed amazing special stages at the 2016 KBS Song Festival on December 29!

The show was hosted by actor Park Bo Gum and AOA’s Seolhyun, and featured an impressive lineup of performances by veteran artists, current chart-toppers, and upcoming hit makers.

In addition to performances of the year’s biggest tracks, there were plenty of special stages and collaborations. The stages included a girl group unit performing INFINITE’s “Be Mine,” and a boy group unit performing miss A’s “Bad Girl Good Girl,” touching performances by VIXX’s Ken and TWICE’s Nayeon with their mothers, a dance collaboration by SHINee’s Taemin and BTS’s Jimin, and so many more!

SEVENTEEN – “Pretty U” and “BOOMBOOM”

SHINee’s Taemin – “One by One” and “Press Your Number”

MAMAMOO – “You’re the Best” and “Décalcomanie”

What was your favorite performance from the 2016 KBS Song Festival?