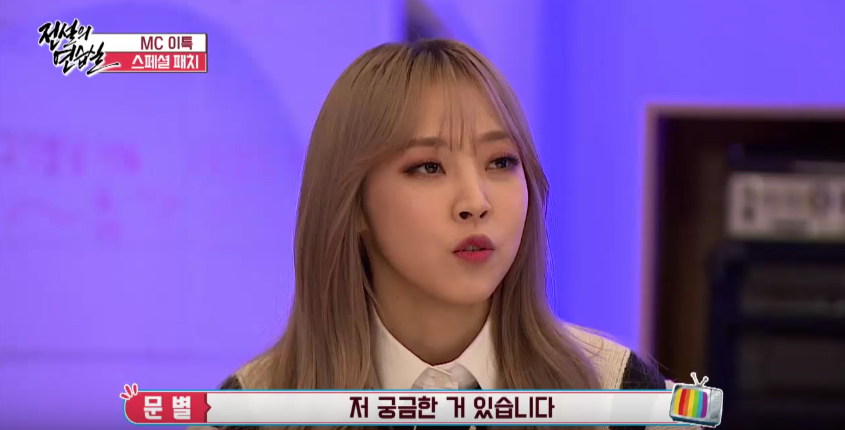 Looks like there’s at least one thing MAMAMOO’s Moonbyul is really looking forward to in 2017!

On the January 2 episode of TV Chosun’s “Idol Festival” (tentative title), MAMAMOO opened up about their pasts and other matters.

In a corner where they took turns asking each other questions, Hwasa remarked to Moonbyul, “To my knowledge, your ideal type is actor Park Seo Joon. Is he still your ideal type?”

Later, while questioning Super Junior’s Leeteuk, she amusingly asked, “Are you close with Yunho?”

When he said yes, Wheein suddenly butted in and questioned if he would introduce Moonbyul to Yunho.

Avoiding the question at first, Leeteuk asked right back to give three reasons why she liked him. Moonbyul unhesitatingly, and only partially jokingly, answered, “He’s good-looking, he’s good at rapping, and because he stole my heart.”

After hearing her thoughts, Leeteuk wholeheartedly agreed to introduce them, to Moonbyul’s happy surprise. He reiterated, “He is discharged in April. If your schedules match up, then I’ll set up a meeting.”

Only a few months left until we see if he really keeps his promise!

MAMAMOO
TVXQ
Moonbyul
Yunho
How does this article make you feel?