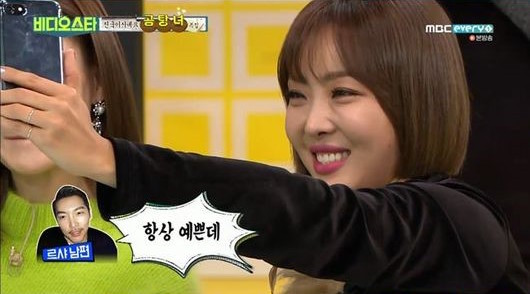 Brown Eyed Girls’s Narsha Talks About Her Relationship (Featuring Comments From Her Husband Himself!)

Could this couple be any cuter?

On the January 3 episode of MBC Every1’s “Video Star,” Brown Eyed Girls’s Narsha made the whole studio green with envy as she discussed falling in love with her husband and their married life.

Like she previously mentioned, the singer talked about how their relationship was a natural, gradual progression from friends to lovers. Narsha recalled a particular moment when they ended up just conversing all night until sunrise, when they were still teetering the fine line of friendship and relationship. “I think that’s when the romance really started to form,” she commented.

Narsha revealed that she was actually the one to suggest they start dating, because her non-celebrity husband was hesitant to do so out of respect for her career. As for a memorable gift, the singer said that for their 100-day anniversary, he gave her a bouquet made out of money, instead of roses. 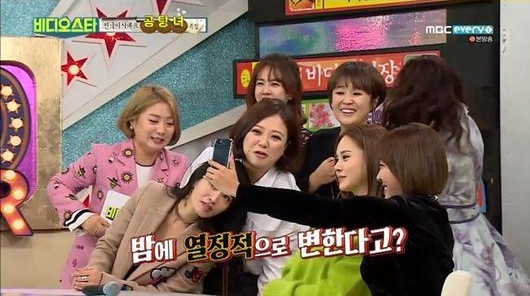 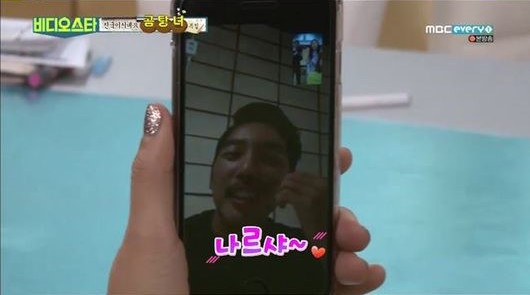 During the show, Narsha also video-called her husband, who answered with a bright greeting and happy expression on his face.

The shower of compliments began when the hosts asked him what he liked about his wife. He said, “She’s so kind and pretty. She’s also a friend who always thinks of me, and I can converse with her better than anyone else.”

It didn’t stop there as he continued, “I think she’s the prettiest when she’s just lying around the house after a meal,” and suddenly stated, “I love her.” Narsha unabashedly replied that she did also, and wished her husband a happy birthday.

When asked about their plans for kids, Narsha truthfully stated that she always had her own dreams of one day raising a daughter, while her husband had his own dreams of a son. She amusingly commented, “I wish I could give birth to both a daughter and son at once,” and revealed her wish to have twins.

Another couple that define relationship goals!

Brown Eyed Girls
Narsha
Video Star
How does this article make you feel?