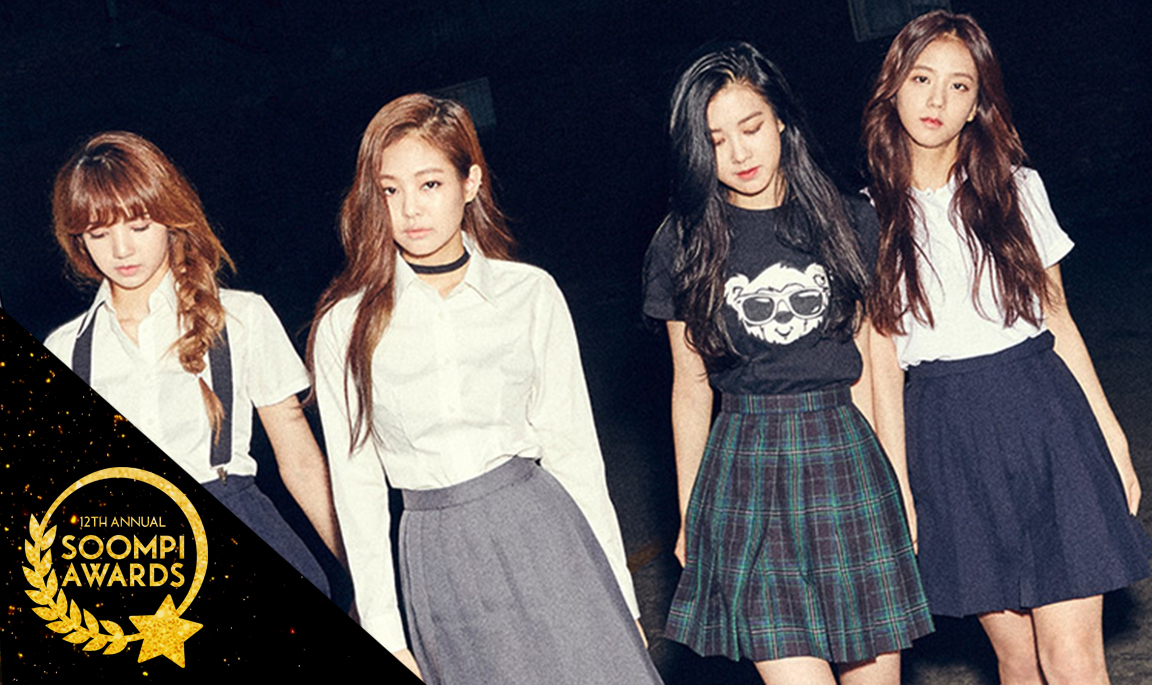 This past year has been a monumental one in the history of K-pop with its large amount of new groups that skyrocketed to popularity. Despite their rookie status, these groups have been proving that they have what it takes to keep K-pop going! There are so many groups that it was hard to pick just 15, but here are the artists that are nominated for Rookie of the Year in the 12th Annual Soompi Awards. Don’t forget to vote for your favorite rookies from 2016!

ASTRO is constantly winning over fans with their refreshingly bright boyfriend image. After their debut in February they have had multiple comebacks and released numerous charming music videos that have gained millions of views. Concerts and television appearances are no foreign task to these power-rookies, as they have done an enormous amount of promoting last year. Hopefully we will get to see them continue their climb to fame this year as well!

Despite their recent entry into the music industry, the four girls of BLACKPINK have been proving their prowess as YG Entertainment artists. Not only have they taken the music industry by storm, they have also been winning over people everywhere with their quirky personalities. They even took home numerous awards at the end-of-year awards ceremonies to top off their impressive debut year.

A smaller girl group, C.I.V.A is a trio that was formed because of the program “The God of Music.” It is exciting to see a girl group trying new things, and we hope they continue with their original promotions this year as well, especially if they keep releasing energetic and catchy music videos like they did in 2016.

Cosmic Girls is a Korean-Chinese group that has an impressive number of 13 members. Similar to how SEVENTEEN is broken up into units, Cosmic Girls is also broken up into four units: Wonder, Joy, Sweet, and Natural. These talented girls are also releasing Chinese versions of some of their tracks, like EXO does. We are impressed to see a new group taking on so much in the music industry.

It is hard to believe that Dean is a rookie considering his impressive accomplishments in composing and producing. He may be young but he is well on his way to becoming an influential figure in the music industry, in both South Korea and overseas. He was recently featured in Zico’s track “Bermuda Triangle” with Crush, which performed exceptionally well on Korean music charts. His intoxicatingly sweet voice won us over completely before 2016 was anywhere near over!

If two faces of gugudan look familiar, it is because members Mina and Sejeong made it into the group I.O.I. This is quite the accomplishment, considering how much competition they had to face in “Produce 101.” The other members of this nine member group are also immensely talented, and the group boasts good visuals with a sweet atmosphere. They were also nominated for numerous awards, including Artist of the Year and Best New Artist at the 2016 MAMAs!

“Produce 101” brought us a stunning amount of talent last year, and rookie group I.B.I is another group with ties to the survival program. These five members were not far behind the actual members of I.O.I when they finished within the top twenty trainees in the final episode. Because of their notable performances in “Produce 101,” they had already gained a large fanbase that supported them before their official debut. With their cheerful image and fun sound, we can see them gaining even more faithful fans in 2017 as well.

We have finally made it to the sensational girl group that took 2016 by storm! They not only survived the program “Produce 101,” but they also proved themselves worthy of all of the hype that surrounded their debut. Being nominated for over 20 awards at the end-of-year music awards, they have already taken home six, with possibly more to come! They have gifted fans with lots of promotions and trending music throughout 2016, and we will miss them so much after their official disbandment later this month.

IMFACT is a group that has proved they were always ready to try new things in 2016. After their debut with the upbeat and funky music video “Lollipop,” they had a comeback with an unexpected twist. Their second music video “Feel So Good,” which came out in November, surprised and impressed fans everywhere. They pulled off a charismatic hip-hop image in their most recent promotions and left fans wanting more. We are looking forward to their next comeback, and we can only guess what image they will have when we get to see them again.

We wonder how a group that only contains handsome modelesque members can exist, but there is no denying the fact that KNK has unrealistically impressive visuals! All five of KNK’s members tower over most people and they are bringing back the sound of K-pop that we remember from 10 years ago. Even though their sound and image is mature, that does not stop these five entertaining artists from being their quirky and lovable selves whenever they get the chance.

It feels like NCT was promoting almost constantly in 2016! With the debut of units NCT U, NCT 127, and NCT Dream, they promoted more than most rookies in 2016. They were able to accomplish this thanks to the structure of NCT, which allows different members to take part in units for promotions. They have started off this year early with the comeback of NCT 127 and their second mini album and title track “Limitless.” Their popularity continues to grow at an increasing rate and they always show professional performances worthy of their SM Entertainment status.

PENTAGON debuted in October after they filmed the reality show “Pentagon Maker.” Over the course of this reality show they completed missions to help them become better artists. Three of the 10 members were eliminated, but the group announced their official debut with all 10 members. While no one knows why they got to keep all of their members, fans think it was probably because of how determined they were to debut as a 10-member group. Not only has their devoted teamwork charmed fans everywhere, but their music videos “Gorilla” and “Can You Feel It” have us excited to see what they have in store for 2017.

Many people probably remember Sam Kim as the runner-up from “K-Pop Star 3.” Because of his appearance on the survival program, he already had a fan base before his official debut last year. He even released a full-length EP “I Am Sam” with the lead single “No Sense,” featuring none other than Crush! As he continues his journey as a singer-songwriter, he is sure to continue impressing his fans with his smooth voice and talent for writing catchy music, not to mention his amazing guitar skills!

Made up of nine members, SF9 competed with a smaller band in the reality show “Dance or Band” for their opportunity to debut. They ultimately won the series — under the watchful eyes of many senior musicians at FNC Entertainment — and started working on their debut. They may have a charismatic image, but where they impress the most is with their powerful and synchronized choreography! Their complicated performances show how much passion they have for their group’s success. Seeing them all work so hard, we’ll definitely be rooting for them in 2016!

Another sibling duo besides Akdong Musician is the sister pair known as Wable. If their voices sound recognizable it may be because they recorded the OST “Violet Fragrance” for the drama “Reply 1988” in December of 2015. They had their debut with the sweet single “I Want to Fall in love” last year. So far their music has been delightfully energizing and makes us want to experience pure romance in 2017!

You can see all of these nominees here: