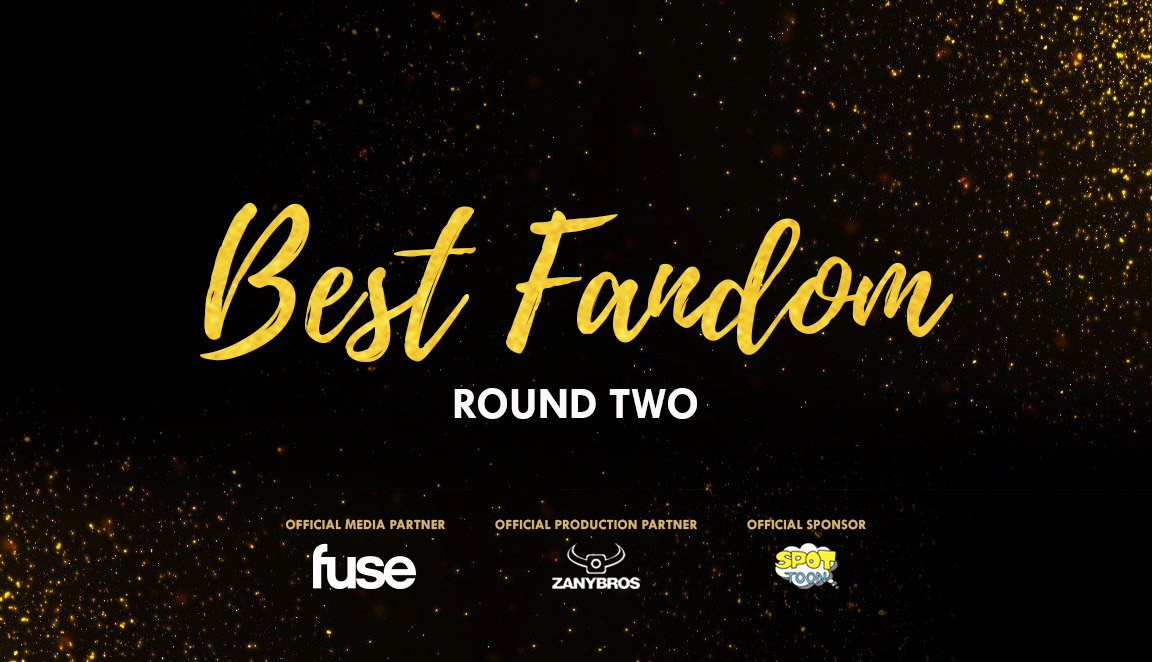 Update: The Battle Continues – 24-Hours Only, Vote Round Two of Best Fandom in Soompi Awards!

UPDATE: After two rounds of grueling battle, Best Fandom in the 12th Annual Soompi Awards is finally over! Millions of tweets were sent, dozens of hashtags graced the trending charts, and fans from all of the world came together to support their favorite group. A round of applause goes out to everyone who participated!

Results will be announced after the end of Soompi Awards, as we will need time to produce the trophies and contact the winners. Please stay tuned for the official announcement! In the meantime, please vote in the other 29 categories and support your favorites!

Hope you all had fun participating in Best Fandom, and see you next year!

Welcome to round two of Best Fandom voting for the 12th Annual Soompi Awards!

On December 28, over 34 (!!!!!) million tweets were sent by fans around the world in support of their favorite groups in Round One of Best Fandom, with multiple hashtags trending in countries worldwide. Give yourselves a round of applause for your hard work! 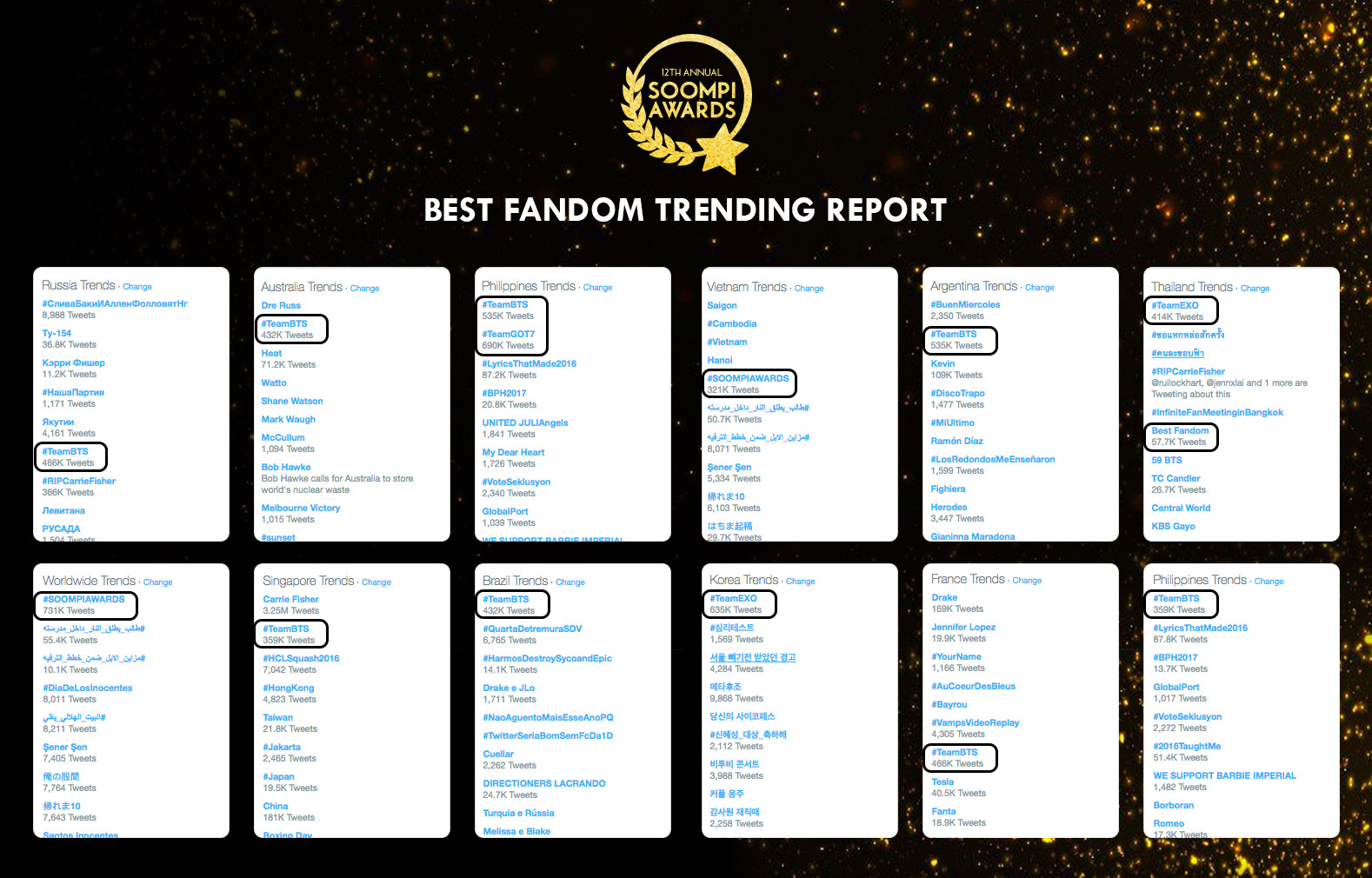 For the next 24 hours, you can vote in Round Two by tweeting the following hashtag – simply replace the blank with the name of your bias group:

In case you missed it, here’s how each group stacked up during Round One on December 28: 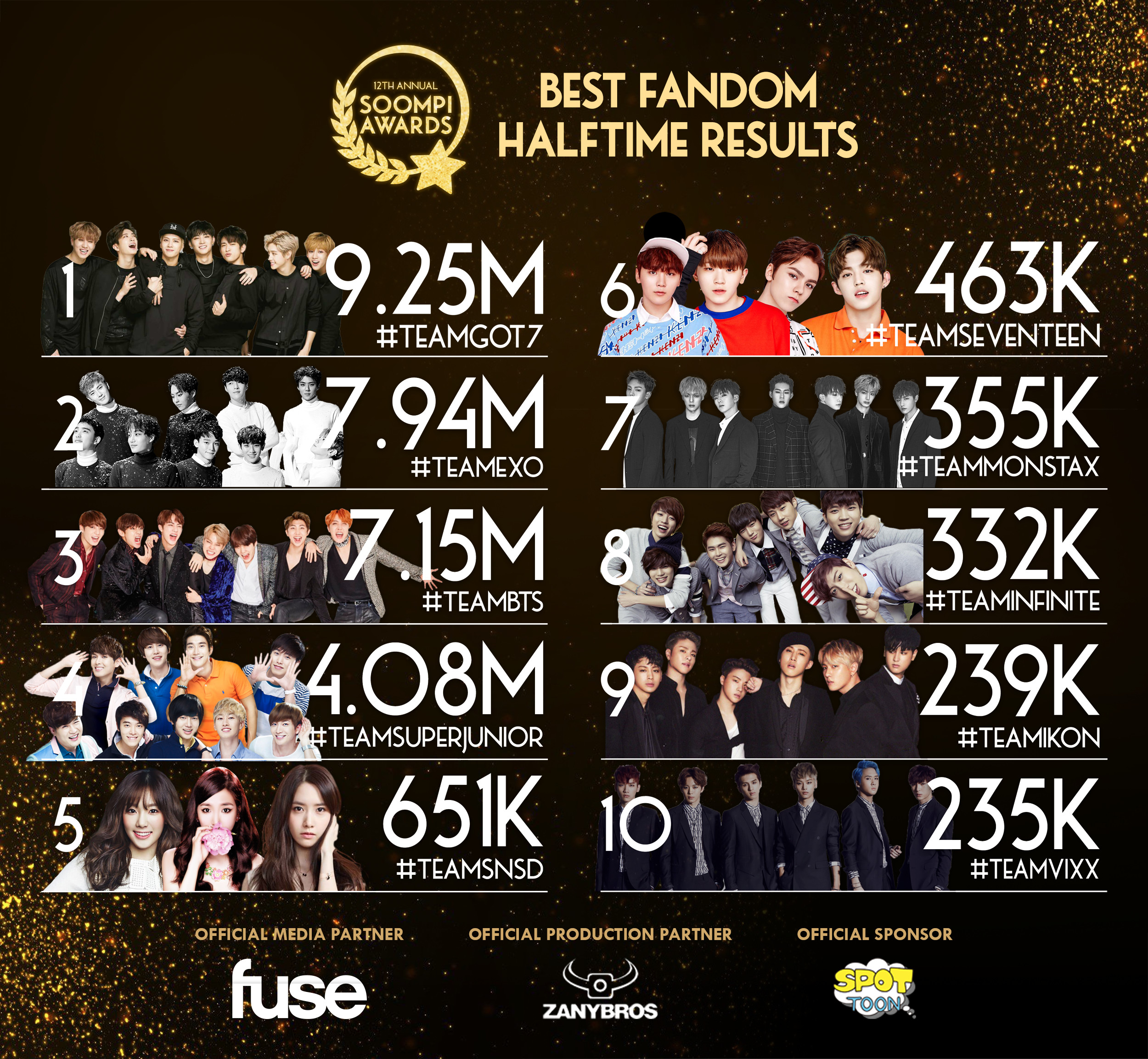 There are no restrictions on how many times you can vote, so be sure to get your tweets in! (Now’s the perfect time to write that fanfic shipping you and your bias 140-characters at a time – just kidding.) Fans who tweet will also be randomly chosen to win giveaway prizes, so the more you tweet, the better chance you have at being selected!

Here’s MONSTA X cheering you on for Round Two!

Not sure what to tweet? Here’s a helpful spreadsheet on the uniformity of each group hashtag~ 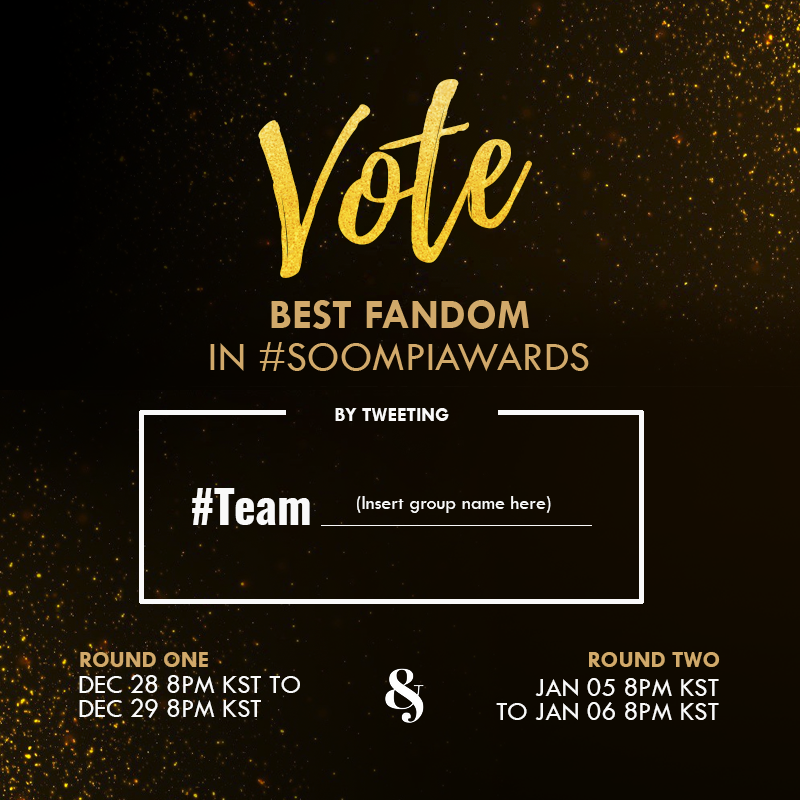 Soompi Exclusive
Soompi Awards 2016
How does this article make you feel?