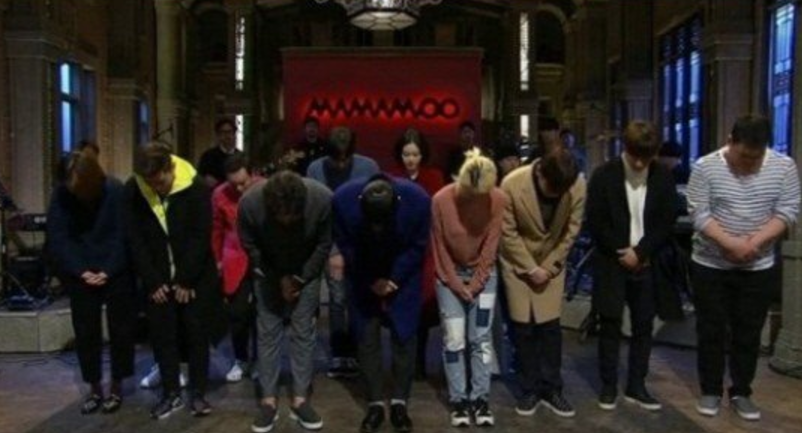 On December 3, 2016, “SNL Korea” performed a skit where they poked fun at an actress with breast cancer and subsequently received a lot of criticism from the audience. On January 5, the Korea Communication Standards Commission discussed this issue in a general meeting and decided to set legal restrictions on the comedy show.

The Korea Communication Standards Commission stated that the lines said during the show’s parody of the actress, “Whenever the topic of chests comes up, I feel ashamed. I don’t have a chest to hold,” grotesquely exaggerates the relevant celebrity and other breast cancer patients.

Therefore, “SNL Korea” has received a warning for violating article 21 (protection of human rights) and article 27 (maintenance of class) included in the broadcasting review regulations.

The staff of “SNL Korea” apologized after the criticisms, stating, “Comedienne Jung Yi Rang has been acting the character “Kim Aing Ran” since the beginning of season 8. [Jung Yi Rang] was not aware of Um Aing Ran’s state and improvised the lyrics of the song based on her own personal situation, which has caused misunderstandings. We apologize for not being careful with the material, and we have deleted the scene for the show’s future re-runs. We will be more cautious from now on.”

Comedienne Jung Yi Rang also apologized and said, “I am posting this after thinking about how to deliver my apologizes regarding my wrongful actions. I know many people are uncomfortable after seeing [my] impersonation of actress Um Aing Ran. I’m so embarrassed to say this but it’s my fault for not knowing her situation. I should’ve studied someone thoroughly before impersonating them, but I overlooked it.”

She continued, “I know my wrong actions cannot be discounted just because of my lack of knowledge. I’m really sorry. As a public figure, I will be more careful and thoughtful from now on. I want to apologize once more to actress Um Aing Ran. I also sincerely apologize to those who felt uncomfortable due to my careless actions.”

Afterwards, actress Um Aing Ran addressed this issue during a recent interview and actually forgave the show and the comedienne, and stated with pity, “Why should [the show] receive severe disciplinary action?”

The actress explained that Jung Yi Rang actually called and apologized, explaining, “People could be like that sometimes in order to deal with this world. I told her that I understand her and I wished her good night.”

What are your thoughts on the ruling and the ensuing apologies?