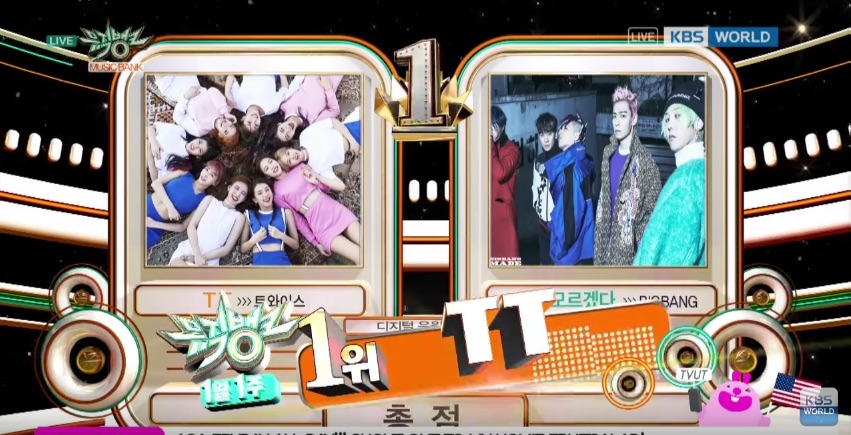 The January 6 episode of KBS’s “Music Bank” featured TWICE’s “TT” and BIGBANG’s “FXXX IT” as contenders for first place. TWICE received their 13th music show win with “TT” receiving 6,037 points! TWICE has concluded music show promotions for “TT” and was not present to accept their award.

Watch the win below!

PENTAGON – “Can You Feel It”