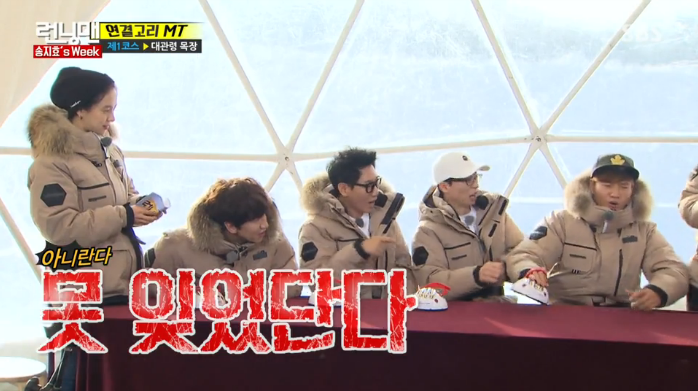 On the January 8 broadcast of SBS’s “Running Man,” the cast members -sans Song Ji Hyo– put their relationships, or lack thereof, on the line in a fierce game of true or false.

This episode was centered around the actress, and in the first game, the other five had to undergo a lie detector test. The person who successfully told the truth without getting shocked got to ride in a sled with Song Ji Hyo to the next location, while the other four must pull said sled.

First up was Lee Kwang Soo, who was questioned if he really thinks he has nothing to lose against his best friend, Song Joong Ki.

Displaying an enormous amount of self-confidence, the actor loudly and proudly stated, “I honestly think so.” To the others’ dismay and disbelief, the machine confirmed his answer was true. However, Lee Kwang Soo wasn’t so lucky the second time around, when he claimed that he personally thought he was also better than another good friend of his, Jo In Sung.

Meanwhile, the married trio, Ji Suk Jin, Yoo Jae Suk, and HaHa were unsurprisingly asked questions about their wives. The first two had to answer if they would marry their current wives again even if they were reincarnated. While both confidently answered yes, to everyone’s surprise, Yoo Jae Suk was the one to get shocked for telling “a lie.” 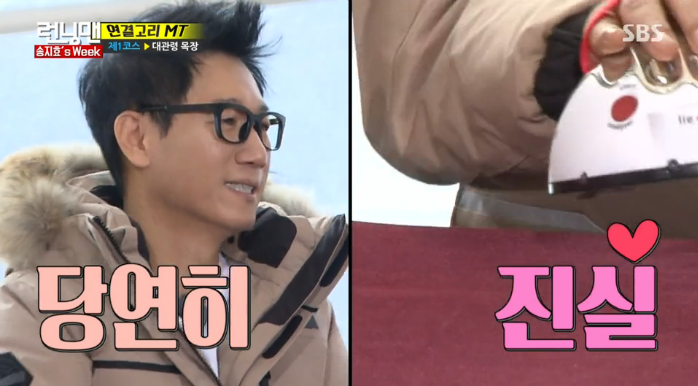 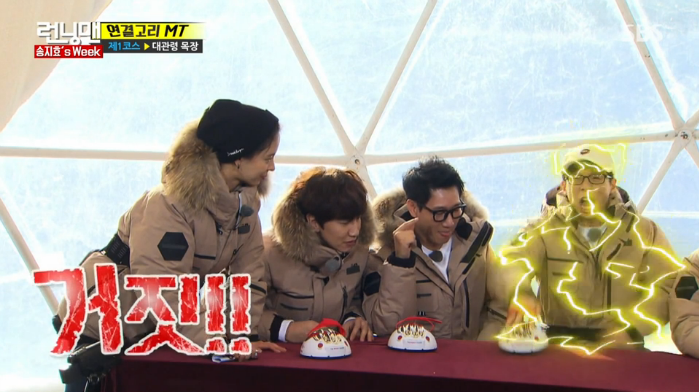 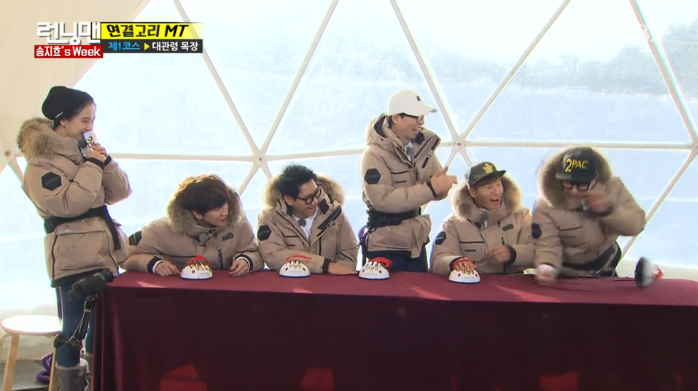 HaHa was also eliminated, as the lie detector ruled that he wasn’t speaking the truth when he said that his wife Byul was the prettiest female celebrity.

However, the main event was when Kim Jong Kook finally revealed, sort of, how he felt about actress Yoon Eun Hye. The two were a popular pairing, although never exactly an actual couple, when they appeared on the old variety show “X-man” together. 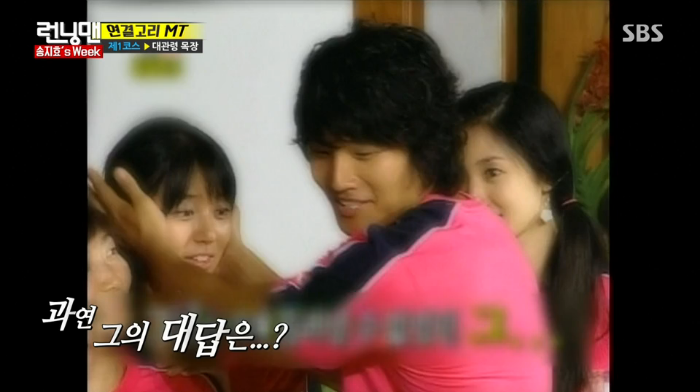 After a brief pause of sorts, Kim Jong Kook said that was false, but things didn’t go the way he probably expected. He was immediately shocked for not “telling the truth,” and the other cast members jumped on the chance to tease him about “liking” her for so long. In an attempt to reassure everyone, the singer quickly said to the camera, “It’s a misunderstanding.” 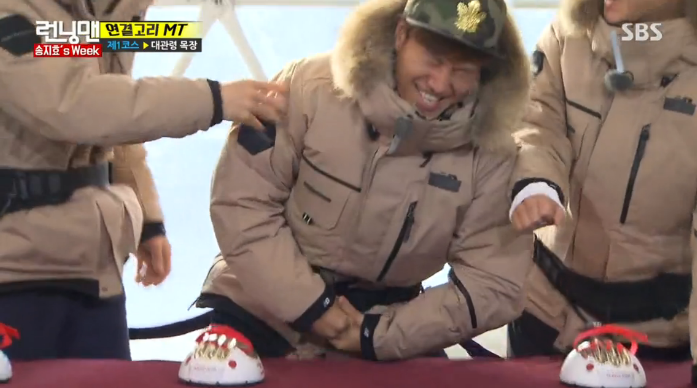 In the end, Ji Suk Jin beat all odds and won the entire game after he supposedly told the truth about how he always tried to get home as soon as possible in order to see his wife.

While the validity of these answers are questionable, looks like the Kim Jong Kook-Yoon Eun Hye couple will always have a small glimmer of hope for the future.

Watch the whole, hilarious episode below!