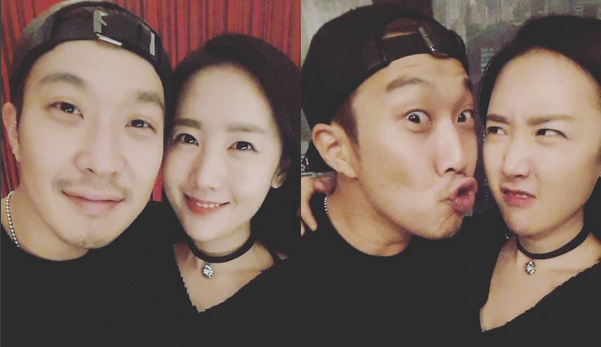 Haha And Byul Share Heartwarming Stories Of Dedication To Each Other

The lovable Haha and Byul couple have entered the public eye again with their touching dedication to each other in the midst of immense hardships.

The couple was featured on the January 8 episode of an MBC documentary show entitled “Human Documentary,” which showed the couple looking back over their four years of marriage so far.

Byul recalled the death of her father, who passed away in 2012 after a ten-year bout with complications from a medical accident. At the time, although they had not held their wedding ceremony, Byul and Haha had already registered their marriage. As a result, as her legal husband, Haha stayed by Byul’s side during all three days of her father’s funeral service.

During his interview, Haha mentioned that he witnessed Byul working hard as a singer and for her family despite how difficult it was. He explained, “I thought, if I am to get married, it should be with this kind of person.”

Byul also looked back on her marriage, saying, “Although my father couldn’t attend my wedding ceremony, since we had registered our marriage, he knew that there was another man who would be there to protect me. He passed away knowing that. I’m thankful as a daughter. Because of that reason, I’ll always live with a thankful heart to my husband.”

We wish the two of them all the best, together with their young son Dream and new baby on the way!