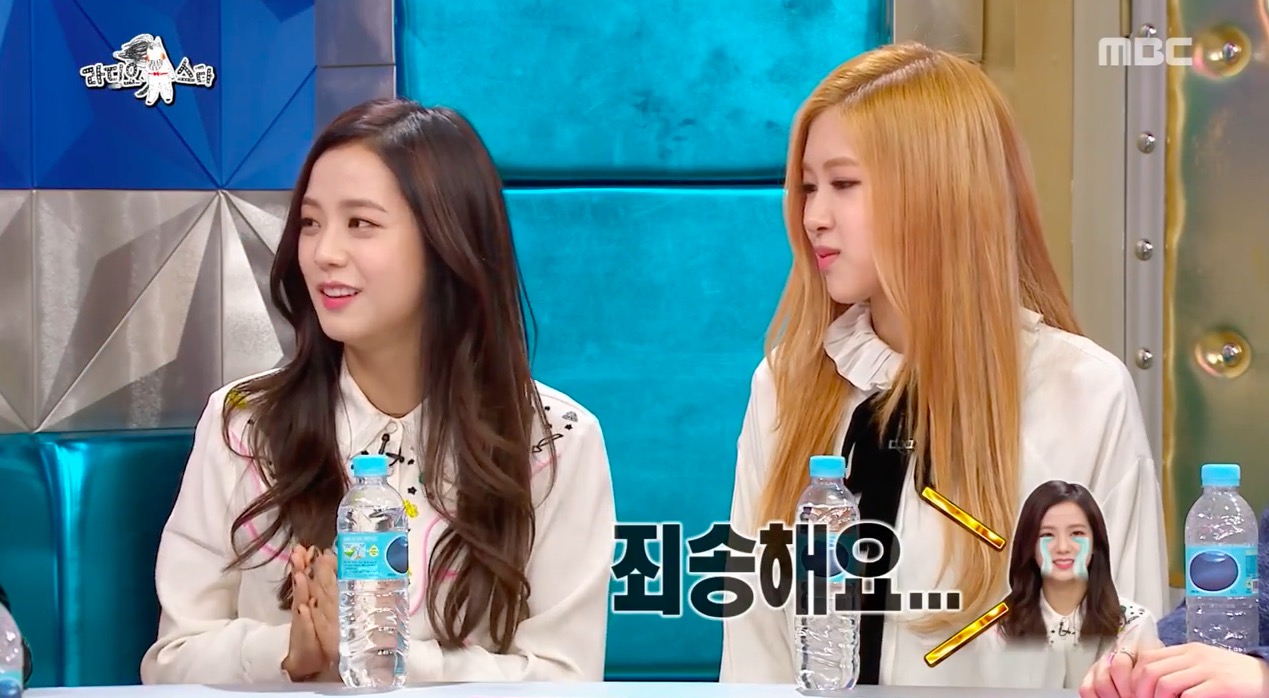 When BLACKPINK guested on January 11’s episode of “Radio Star,” member Jisoo talked about how she was surprised when a staff member from SM Entertainment attempted to recruit her.

Host Kyuhyun of Super Junior asked Jisoo if it was true that an SM Entertainment manager tried to recruit her when she was a trainee, while she was at a YG Entertainment concert.

Jisoo explained, “All of us at the company went to go see the concert together, and [someone asked me] ‘Have you ever thought about trying to be a celebrity?’. But the fact that I was a trainee had not been officially announced yet, so I had to just say I wasn’t interested.”

Jisoo added that the manager asked her to work with them at SM Entertainment, but she apologized in reply and explained that she had an agency already. She laughed as she recounted how the manager had asked what agency it was, because she assumed it would be obvious at the YG Family concert.