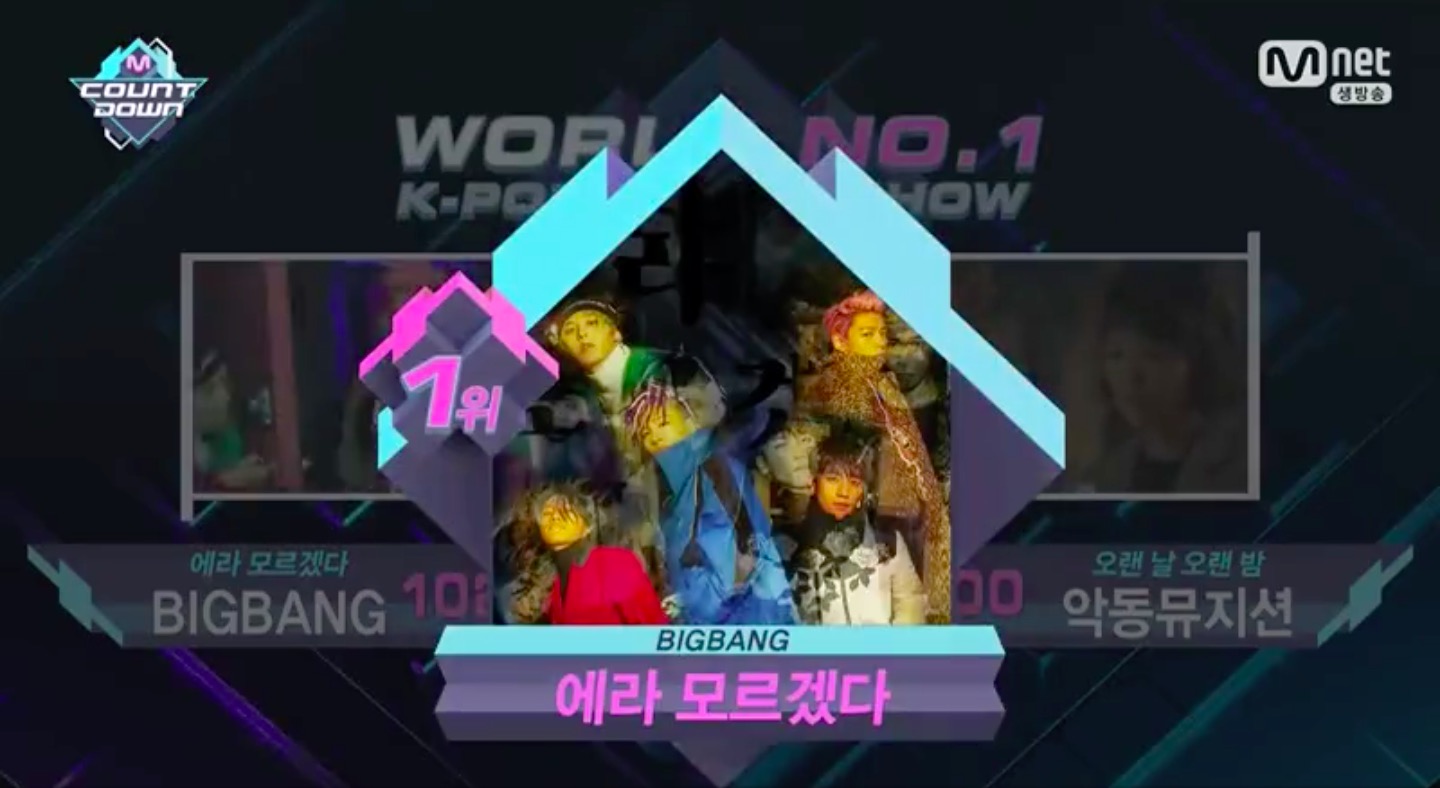 BIGBANG has grabbed their second “triple crown” for “FXXK IT”!

On January 12’s episode of “M!Countdown,” BIGBANG was up against Akdong Musician for the first place trophy. BIGBANG won with a total score of 10,225 to Akdong Musician’s 6,300. This is the third episode in a row where BIGBANG has grabbed first place, meaning they’ve achieved yet another “triple crown.” The group got their first triple crown for “FXXK IT” on SBS’s “Inkigayo” earlier this week.

SONAMOO – “Talk About U”

Congrats to BIGBANG on another win!