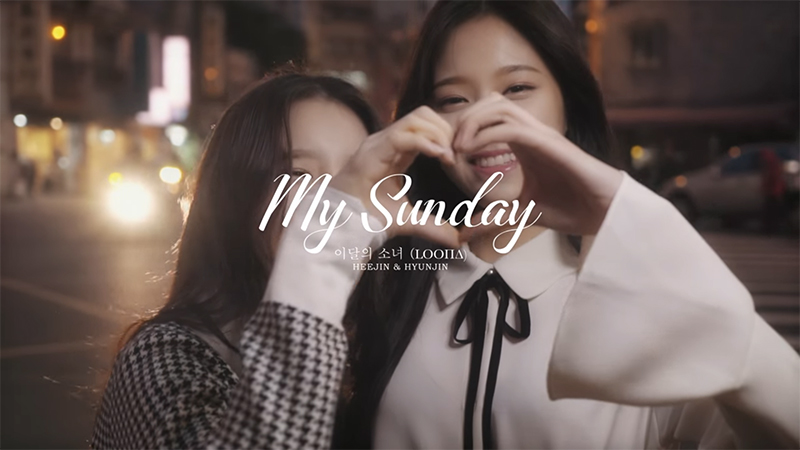 Watch: LOOΠΔ Releases Teaser For HeeJin And HyunJin’s “My Sunday”

It looks like LOOΠΔ (pronounced “Loona”) isn’t stopping with only YeoJin’s solo song this month!

On January 12, their YouTube channel uploaded a teaser for members HeeJin and HyunJin’s duet, “My Sunday.”

LOOΠΔ has been revealing one member per month since October 2016 as part of their “Girl of the Month” (literal translation) project. The girl group has been receiving attention for not only dropping teasers for each member, but for giving each of them their very own solo song and music video. After all the girls are revealed, LOOΠΔ will officially debut as a 12-member group this October.

Along with the solo releases, LOOΠΔ’s company has also been releasing collaboration singles and videos for members that have already been revealed.

HeeJin and HyunJin released “I’ll Be There” together back in November, and they’re back again with “My Sunday.” The song, along with YeoJin’s solo, “Kiss Later” will be packaged together in YeoJin’s self-titled single album, which will be released on January 16.

Watch the teaser for “My Sunday” below!

HeeJin
LOONA
HyunJin (LOONA)
How does this article make you feel?