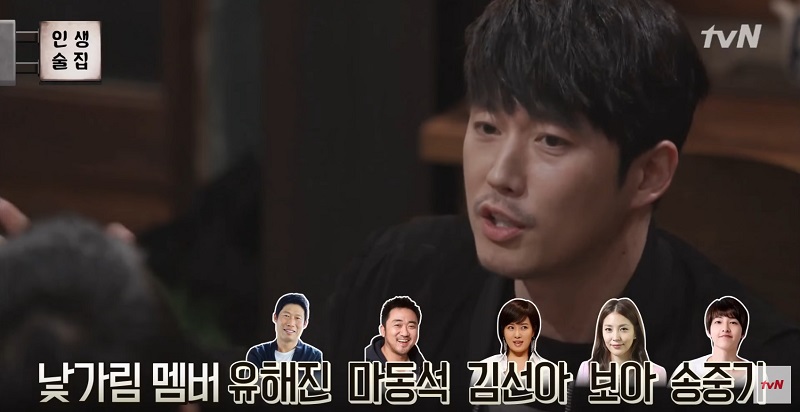 It’s a gathering for introverts!

Actor Jang Hyuk introduced his “shy” drinking group on the January 12 episode of tvN’s “Life Bar,” saying, “It’s a gathering of people who’re shy. Not everyone turns up at once because we’re all withdrawn. There are members who’ve never even met before.”

When asked about the members, he said, “The advisor is Son Hyun Joo, [and some of the other members include] Yoo Hae Jin, Ma Dong Seok, Kim Sun Ah, BoA, and Song Joong Ki.”

When the MCs questioned if all these people are actually shy, the actor explained that it was more a random mix of people, rather than a group with a common factor. He added, “So, when we meet each other, at first you end up questioning if it’ll work, but we end up having fun together when we hang out.”

Jang Hyuk also revealed that they actually have a group fund, which they use to pay for outings, as well as for sending coffee trucks to members that are in the midst of filming.

He also showed his admiration for Son Hyun Joo, saying, “He’s a nice senior, so he follows [instead of leading.] He’s a person you can chat easily with while drinking.”

Is this your kind of squad?