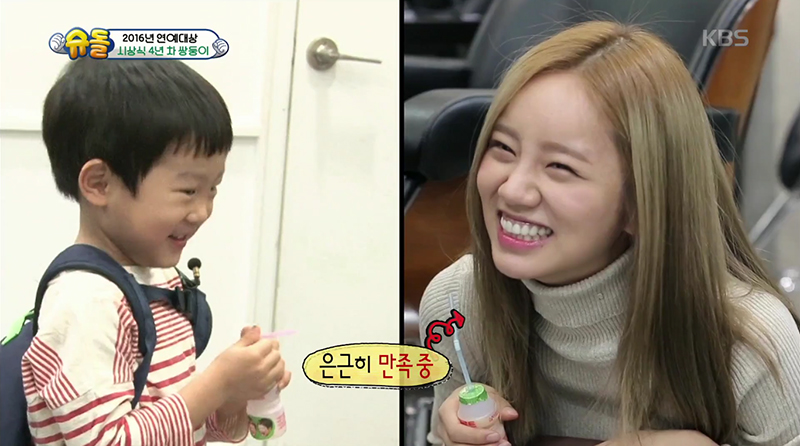 On January 15’s episode of “The Return of Superman,” Seo Eon And Seo Jun had their very own adventure at the waiting room for the 2016 KBS Entertainment Awards! 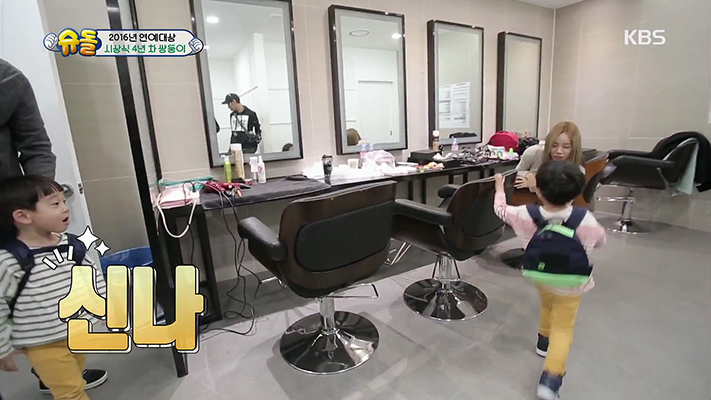 Their first stop was Girl’s Day’s Hyeri’s dressing room. Although it was their first time seeing her, the twins, especially Seo Jun, excitedly went to greet her. After learning her name and giving her a yakult (probiotic dairy drink), Seo Jun asked Hyeri for her age.

She responded by asking them, “How old do I look? Do I look like I’m over the age of 7?” 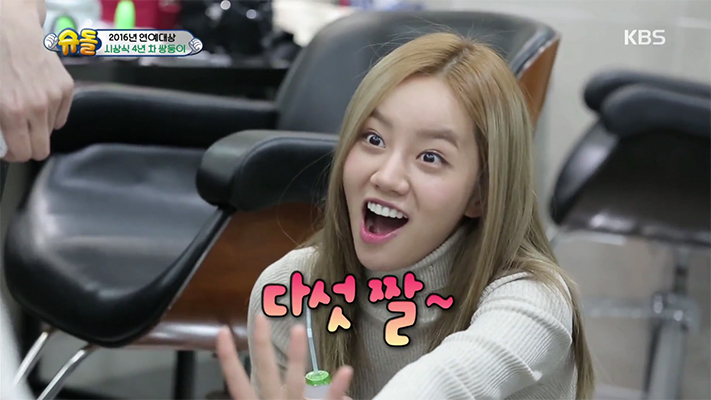 Much to her delight, Seo Jun guessed she was 5 years old, meaning Hyeri would only be a year older than him. Lee Hwi Jae asked him if she was pretty, in which he responded, “Yes! She’s pretty,” making Hyeri even happier.

After the twins said their farewells to Hyeri, they went off to look for their playroom. On the way there, they saw several celebrities, including Min Hyo Rin, Kim Sook, and Yoon Shi Yoon. 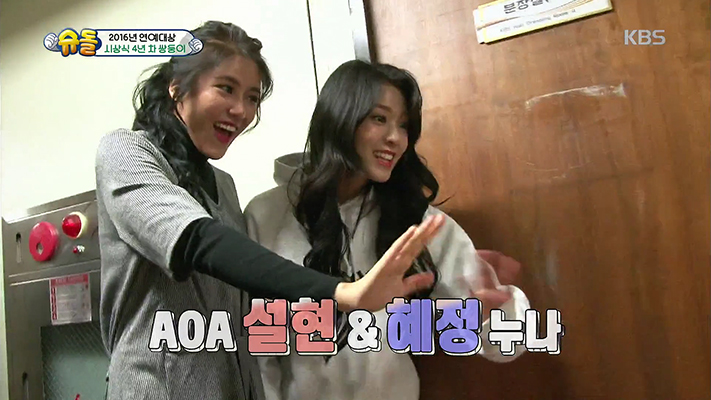 What stopped them in their tracks, however, was a cheerful greeting from AOA’s Seolhyun and Hyejeong!

The twins met them before, so they were happy to see familiar faces. Seo Eon and Seo Jun even remembered their names, which left Seolhyun and Hyejung impressed!

Watch the entire episode on Viki below!