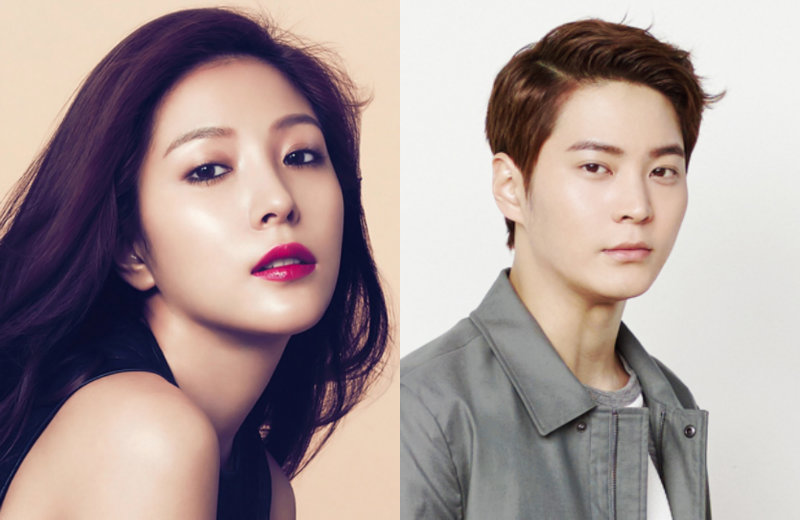 Breaking: Joo Won And BoA Are The Newest Celebrity Couple!

Update: TVXQ’s Yunho Suspected Of Being The Matchmaker Behind BoA And Joo Won’s Relationship

We have a new celebrity couple for 2017!

According to local media source TV Report, actor Joo Won (born 1987) and singer-actor BoA (born 1986) have been dating since late last year after meeting in a gathering of their respective colleagues and acquaintances.

What links them together are their similar hobbies and values. They both enjoy hiking and golf, and felt attraction towards one another because of their healthy lifestyles. Joo Won and BoA are also said to have similar taste in music.

Joo Won and BoA also talk about their acting together, with Joo Won having watched BoA’s recent drama, “My Wife Is Having an Affair This Week,” and giving her advice.

A source close to both described the two as a “heartwarming couple” that is able to communicate well because of their similar interests and tastes. “It’s cute to see them cherish one another and date cautiously. Many around them are envious of the couple.”

After the report came out from TV Report, Joo Won’s side quickly confirmed the news. Joo Won’s agency confirmed that the two started dating near the end of last year, but because Joo Won is currently filming, it is hard to find out more.

Congrats to the new couple!

Soompi Spotlight
BoA
Joo Won
How does this article make you feel?