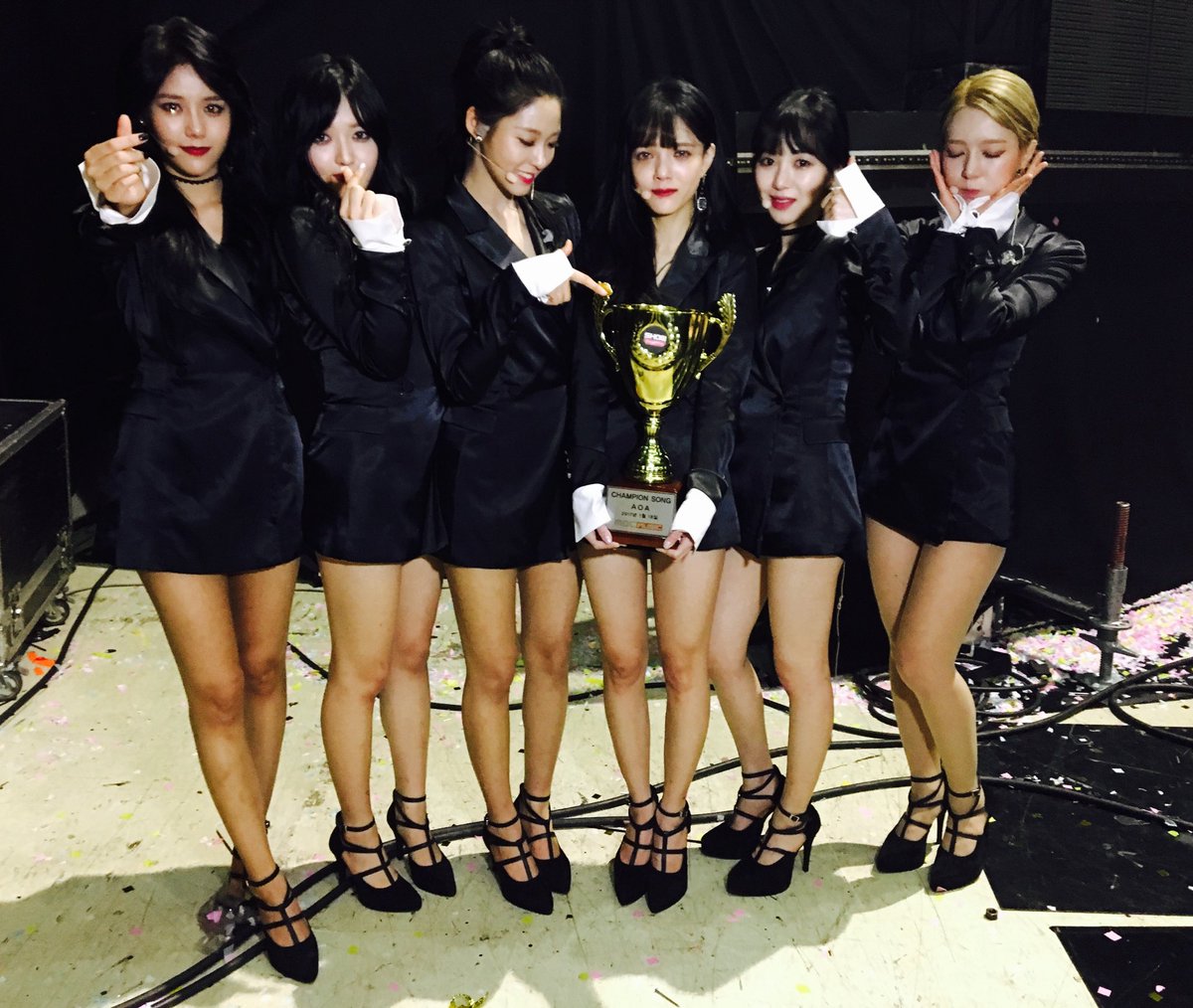 AOA has taken home their first trophy for one of their new title tracks, “Excuse Me”!

On January 18’s episode of “Show Champion,” AOA was up against MAMAMOO, Bolbbangan4, BIGBANG, and Akdong Musician for the win. When they were given the first place trophy, member Jimin burst into tears and kept her head in her hands as the other members thanked everyone, before taking her turn to express her thanks tearfully.

Watch their performances and win below!

Congratulations to AOA on their win!