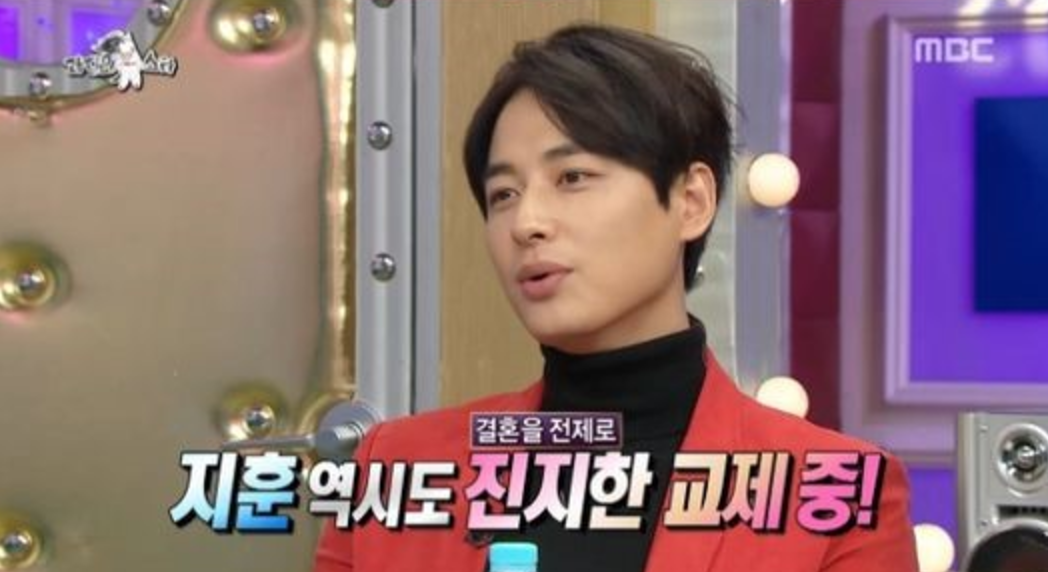 Actor Lee Jee Hoon Reveals He Is In A Serious Relationship

It appears that 2017 is the year of relationships, as actor and singer Lee Jee Hoon has revealed that he is currently in a serious relationship!

On the January 18 episode of the MBC variety show “Radio Star,” Lee Jee Hoon was asked if he has a girlfriend.

To everyone’s surprise, he answered affirmatively, saying, “Since she is a Korean American, we tend to talk on the phone for a long time, around two to three hours, since I sometimes need to explain what I mean. I’ve been meeting her for about a year.”

When asked how his friends have responded to his relationship, he answered, “They think that I’m going to get married soon. I am meeting her seriously with the intent of marriage.”

Radio Star
Lee Jee Hoon
How does this article make you feel?