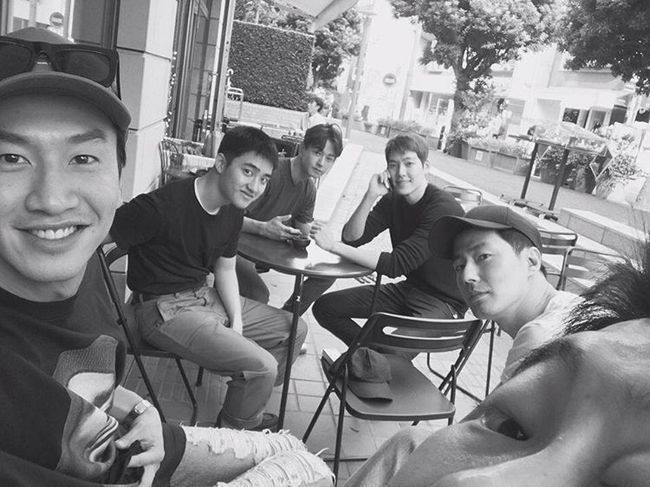 Actor Kim Ki Bang recently showed off what may possibly be one of the greatest squads ever.

On January 19, the actor posted a black and white photo on Instagram with the caption, “We’re here to support you! The first button was placed in the right slot. Let’s hope for 10 million viewers!”

The photo shows a group of men sitting at a café and enjoying each other’s company. The men are none other than Lee Kwang Soo, Do Kyung Soo (EXO’s D.O.), Im Joo Hwan, Kim Woo Bin, Jo In Sung, and Kim Ki Bang.

This group is often called “Jo In Sung’s best friends group,” one of the most well-known friend groups in the entertainment industry. Comprised of some of Korea’s most popular actors, other members include Cha Tae Hyun, Song Joong Ki, and Bae Sung Woo.