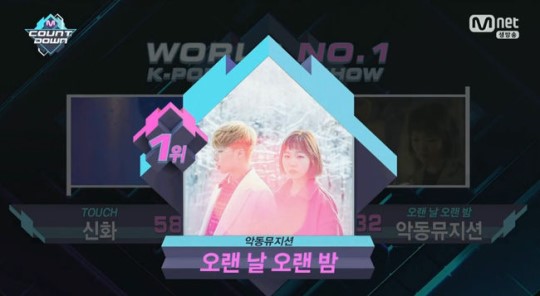 On January 19’s episode of “M!Countdown,” Akdong Musician was up against Shinhwa for first place, and ended up winning the trophy with a score of 6,432 to Shinhwa’s 5,871. The sibling duo did not attend the show today, but there were plenty of other great performances!

Congrats to Akdong Musician on their win!