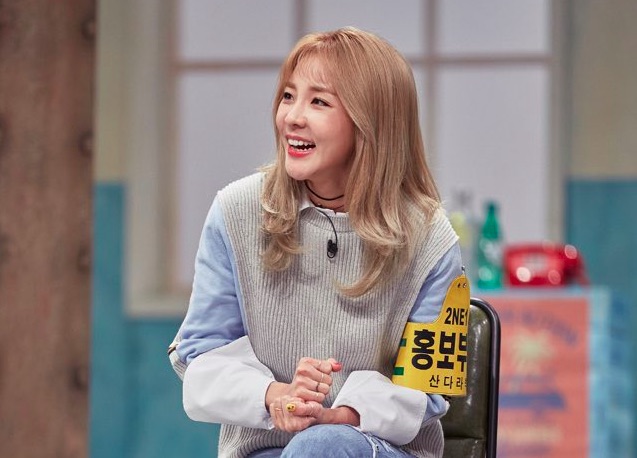 During the shooting for the January 25 episode of JTBC’s “Talking Street” (tentative title), Sandara Park opened up about how she really felt as a 2NE1 member.

According to the production team, Sandara Park confessed, “I felt like the weakest link in 2NE1.”

Fortunately, the other 2NE1 members were by her side to help her regain confidence. “My confidence was plummeting, and I felt like I wasn’t needed in the team. But anytime I would lose confidence, the members would encourage me to keep going, and I was able to stay strong.”

Also find out what Sandara Park said about her dating rumor with BIGBANG’s G-Dragon!