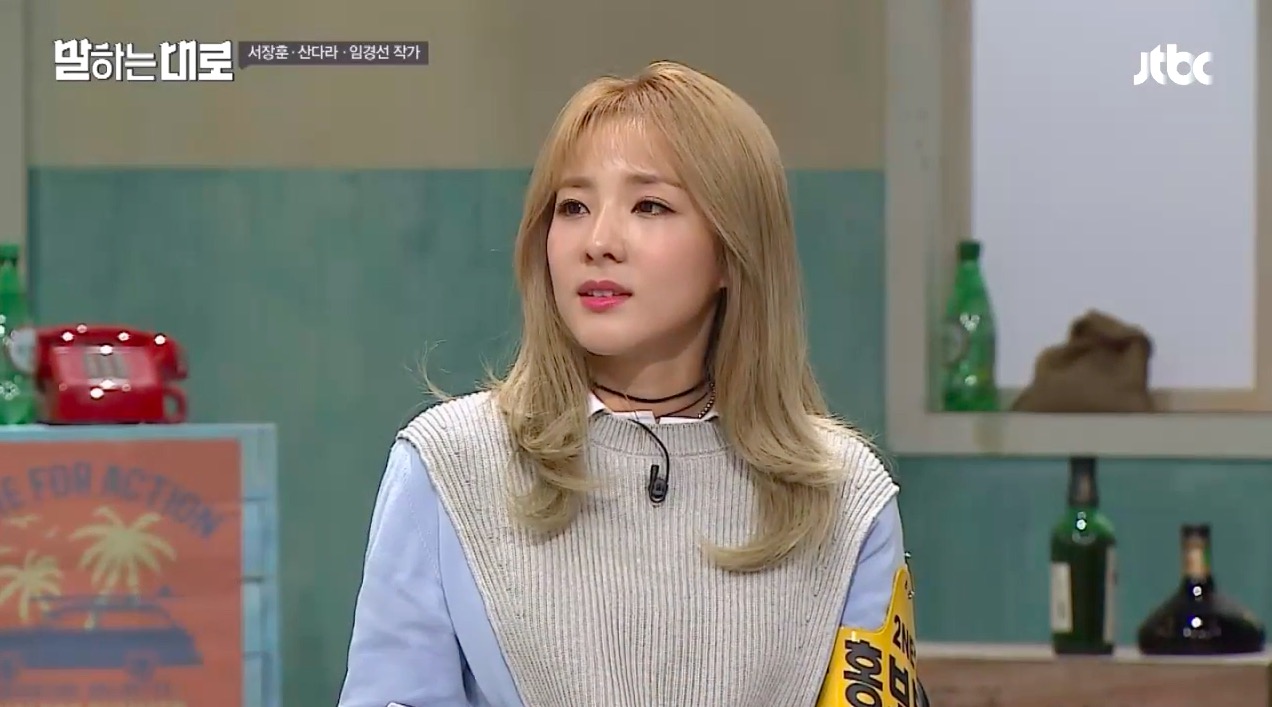 While guesting on this week’s episode of the JTBC talk show “Talking Street,” Sandara Park was asked about the recent disbandment of her girl group 2NE1.

Host Haha said he was saddened by the news of their disbandment as he was a fan of 2NE1, and his co-host Yoo Hee Yeol said Sandara Park must have been upset as well.

“Yes, it was shocking, and I tried to deny it and then became depressed, and now I think I’ve accepted it to an extent,” Sandara Park replied.

Yoo Hee Yeol asked her what her relationship is like with her fellow members, and Sandara Park said, “It’s exactly the same. When we disbanded too, the members were the people that I contacted and met up with the most. We comforted each other. And nowadays we chat and get food together. They’re still my closest friends.”

After talking about the recording and release of the group’s recent farewell song “Goodbye,” Seo Jang Hoon commented that Sandara Park seemed to look a little teary. “No, I’ve already cried all that I’m going to cry,” she said. “I’m okay now.”

After it was announced on November 25 that 2NE1 would be disbanding after many successful years together as a group, Sandara Park shared a heartful letter on Instagram to their fans. She most recently shared photos of 2NE1 and lyrics from “Goodbye” to her Twitter yesterday.

Watch the clip of Sandara Park talking about 2NE1’s disbandment below.