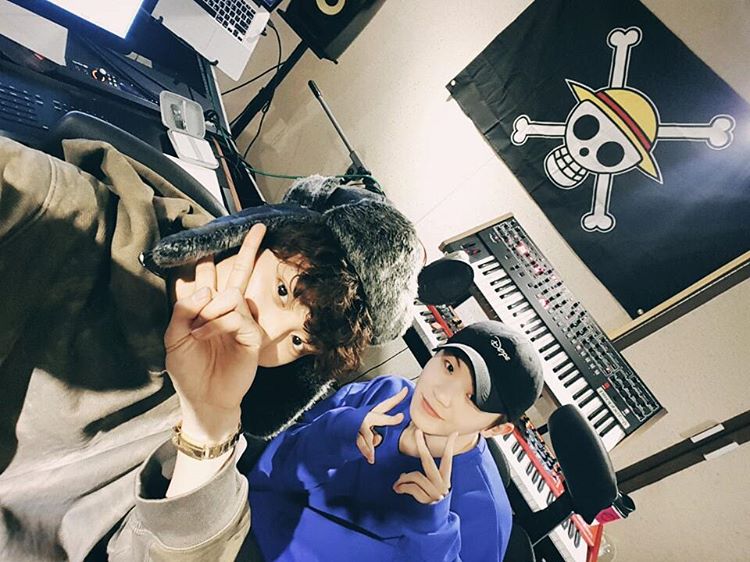 Can we please have a collaboration between these two?

On January 27, EXO’s Chanyeol revealed that he invited SEVENTEEN’s Woozi over to his personal studio through an Instagram post.

He simply wrote, “Woozi in the Studio 519,” before adding that Woozi was “just too cute.”

The two idols were previously spotted interacting at the 2017 Idol Star Athletics Competition, talking excitedly and standing side-by-side with their arms around each other. Many couldn’t help but point out the adorable height difference between EXO’s tallest member and SEVENTEEN’s shortest member.

Both idols are known for their passion for music, with Chanyeol frequently holding live broadcasts from his studio and introducing many of his compositions and covers. Woozi has made a name for himself as a “self-producing idol,” known not only for producing for his own group, but others as well, such as I.O.I.

Let’s hope they release a track they made together very, very soon!

EXO
SEVENTEEN
Woozi
Chanyeol
How does this article make you feel?